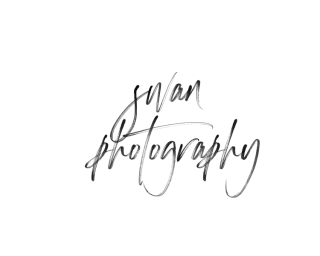 Gennifer + Victor: an Engagement Session in the Fort Worth Museum District | Fort Worth Wedding Photographer

I think when Gennifer and Victor first scheduled their engagement session with me, the Universe just knew that we needed to hold off for better weather… alas, our first date got rained out. We rescheduled for the next month and (minus the insane wind) it was heaven. Sunshine, warmth, and it genuinely felt like spring.

After seeing the last session I did at The Kimbell Art Museum, these lovebirds decided they wanted that location as well. What can I say? It’s picture perfect. We met up at The Modern first, then hit up The Kimbell, then decided to work our way down Crockett Row, finishing up on a parking garage with a fabulous view of the skyline.

I know I’ve said this a million times, but I could shoot these babes all day long. I have a theory–which has been backed up by my own “scientific” research”–that if a couple tells me they’ve never had professional portraits done and that they’re not photogenic, I will be screaming at them to get a modeling contract within 5 minutes of the session start. G+V were no exception to this. Within the first pose, they turned the modeling up to 11 and it was just BAM BAM BAM the entire shoot. All 90 minutes of it! They flirted, they laughed, they showed a little PDA… sooooooo good! 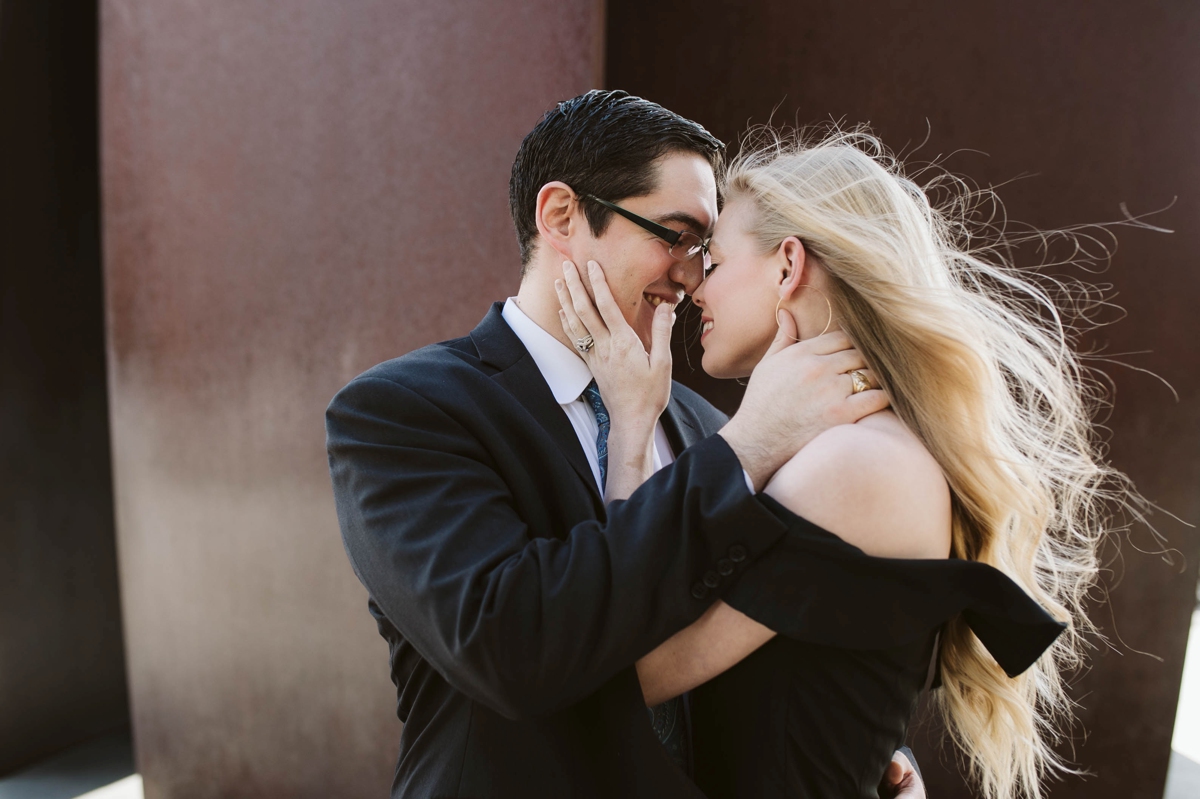 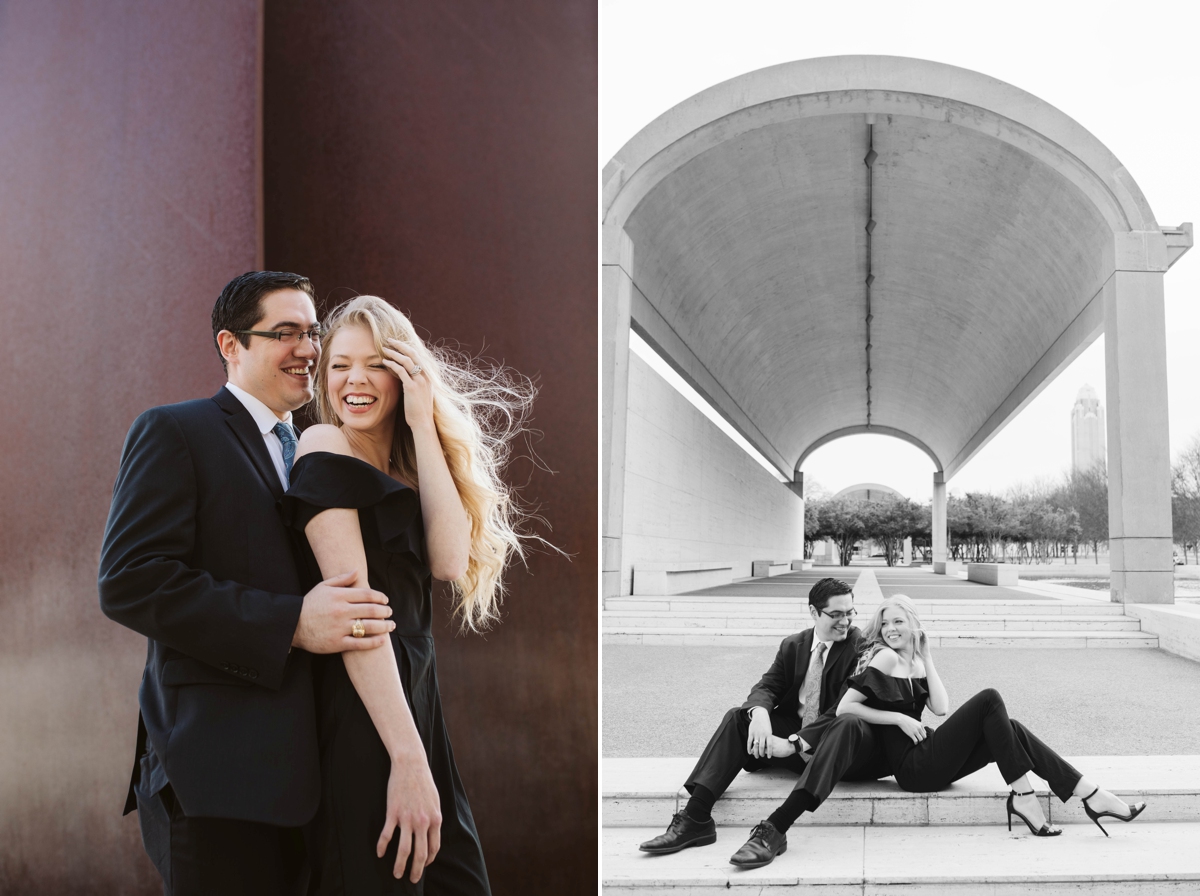 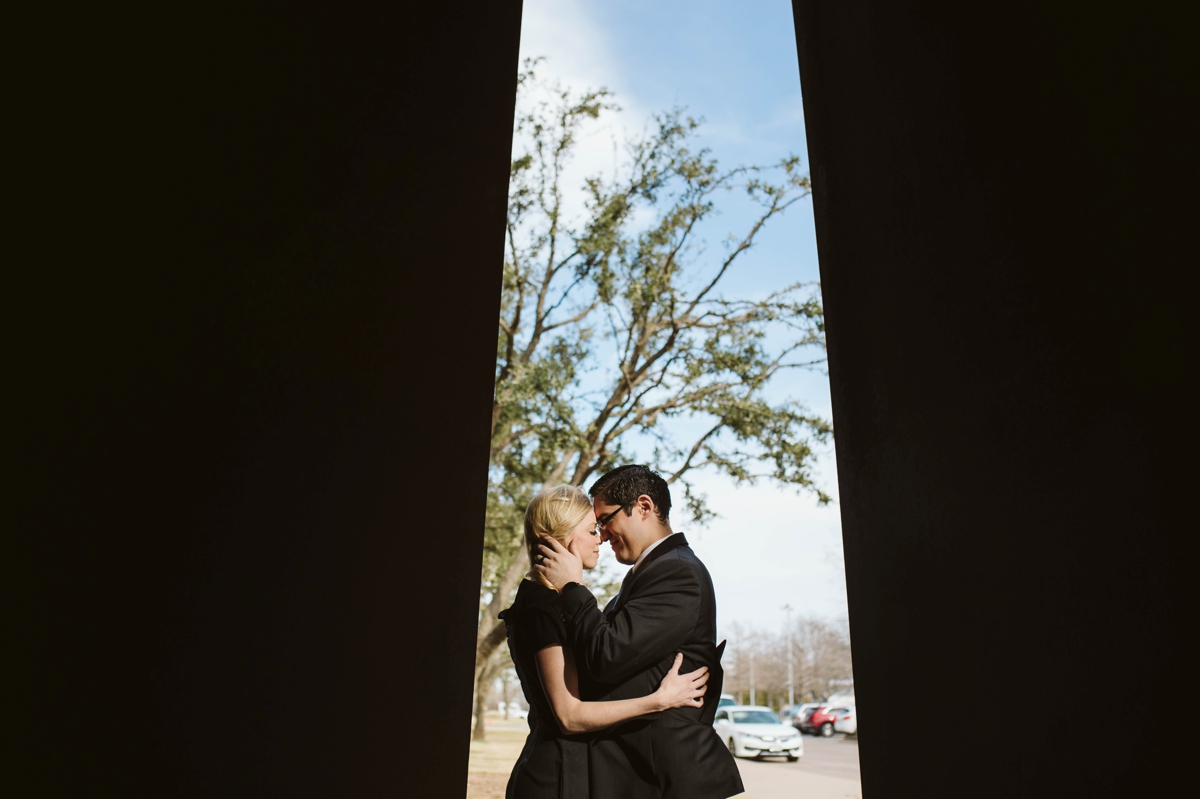 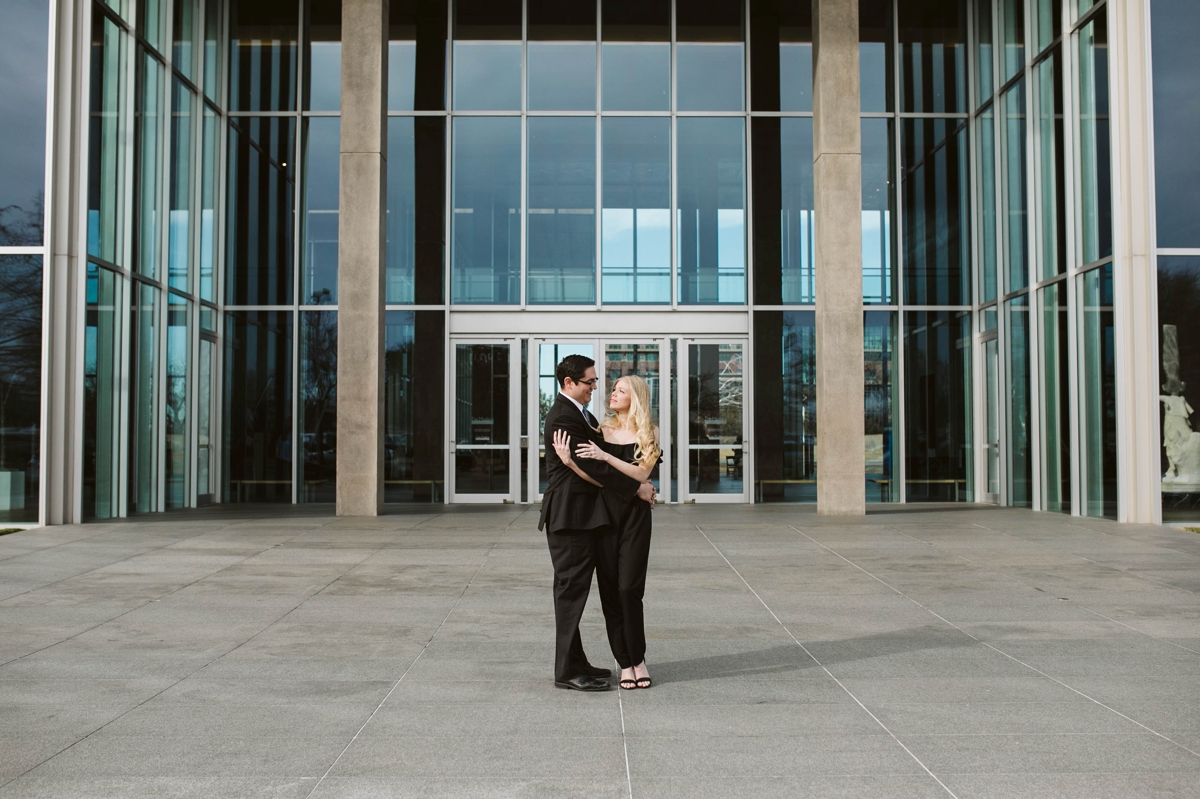 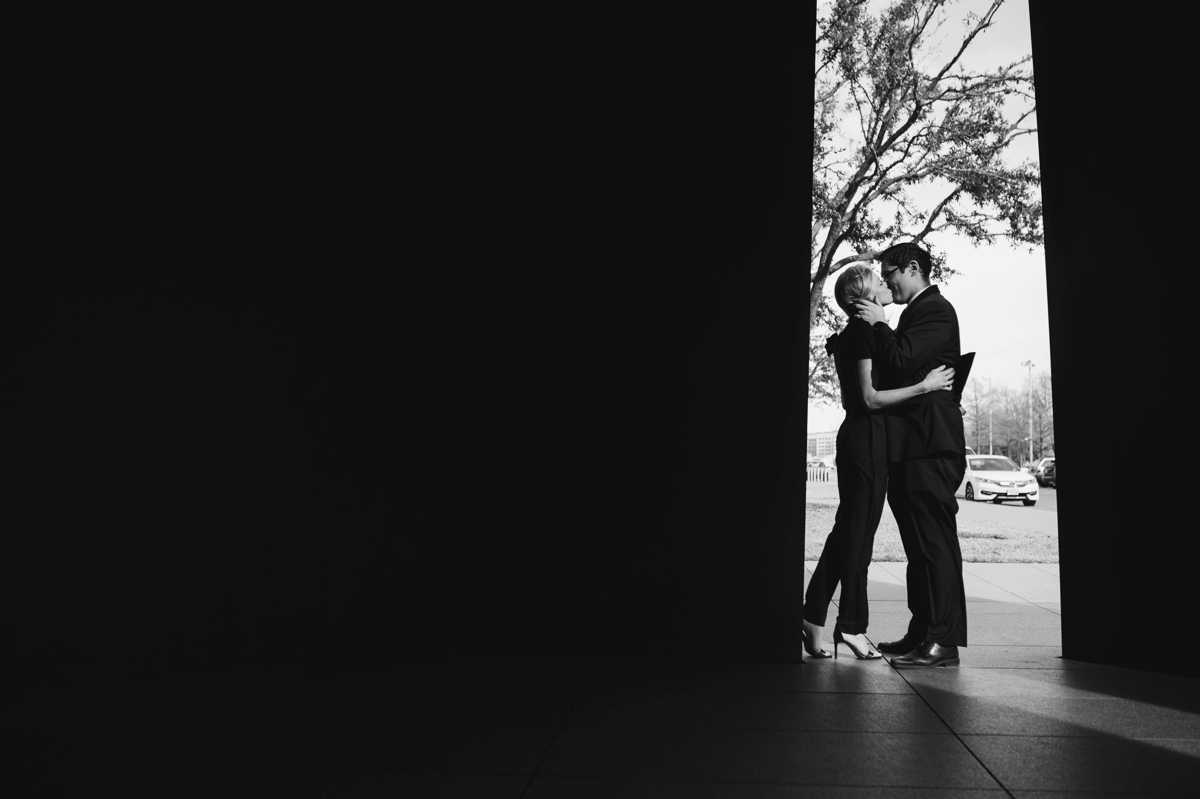 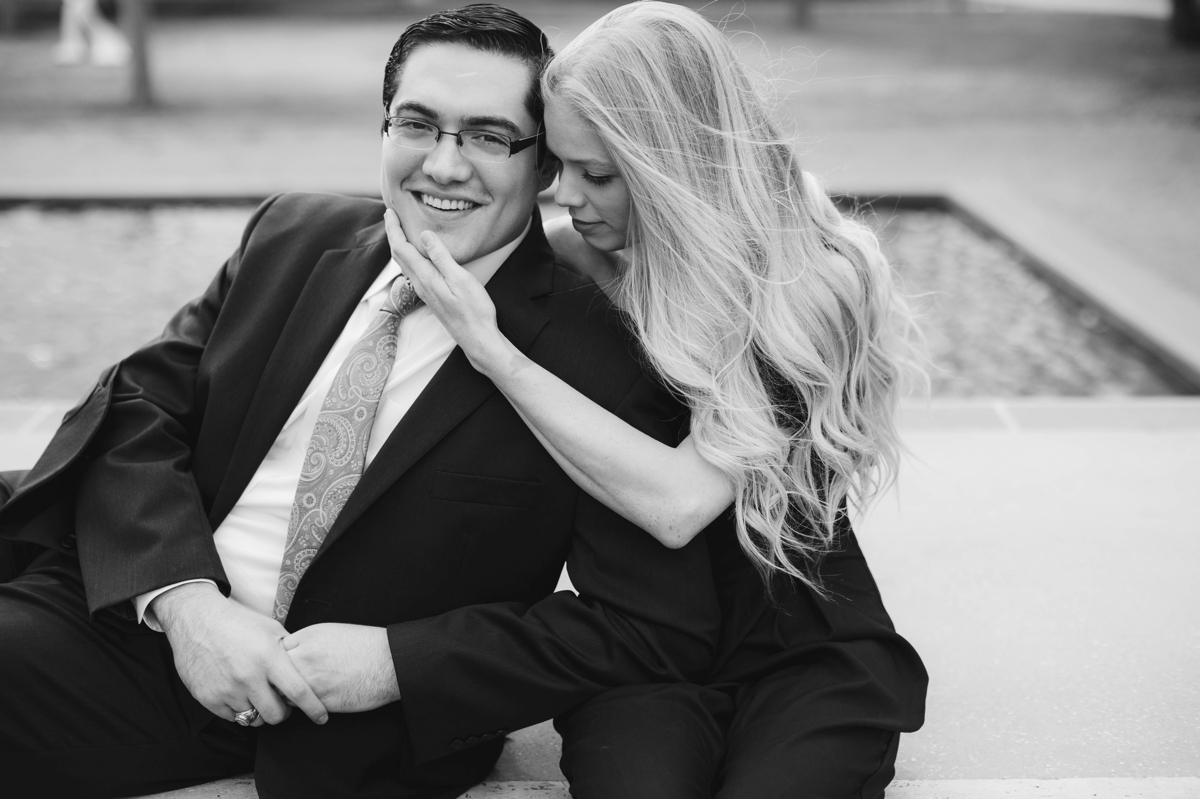 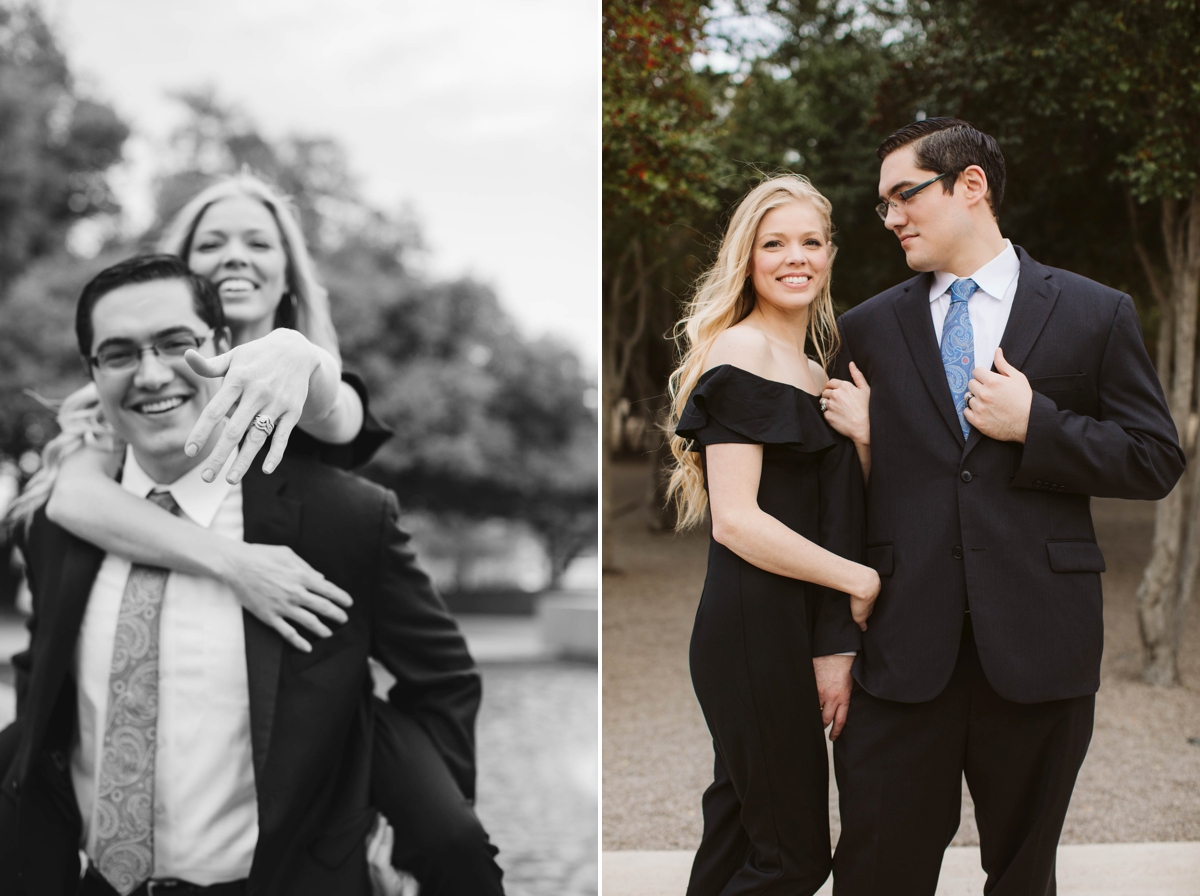 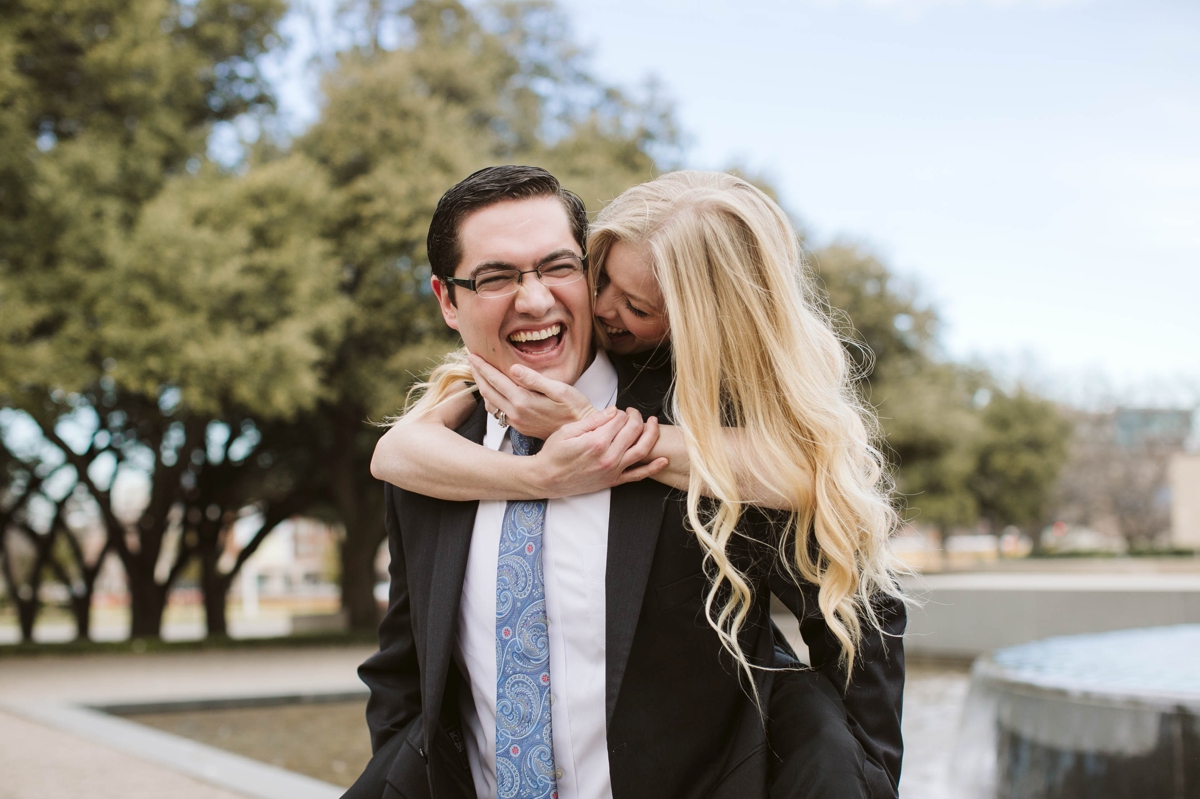 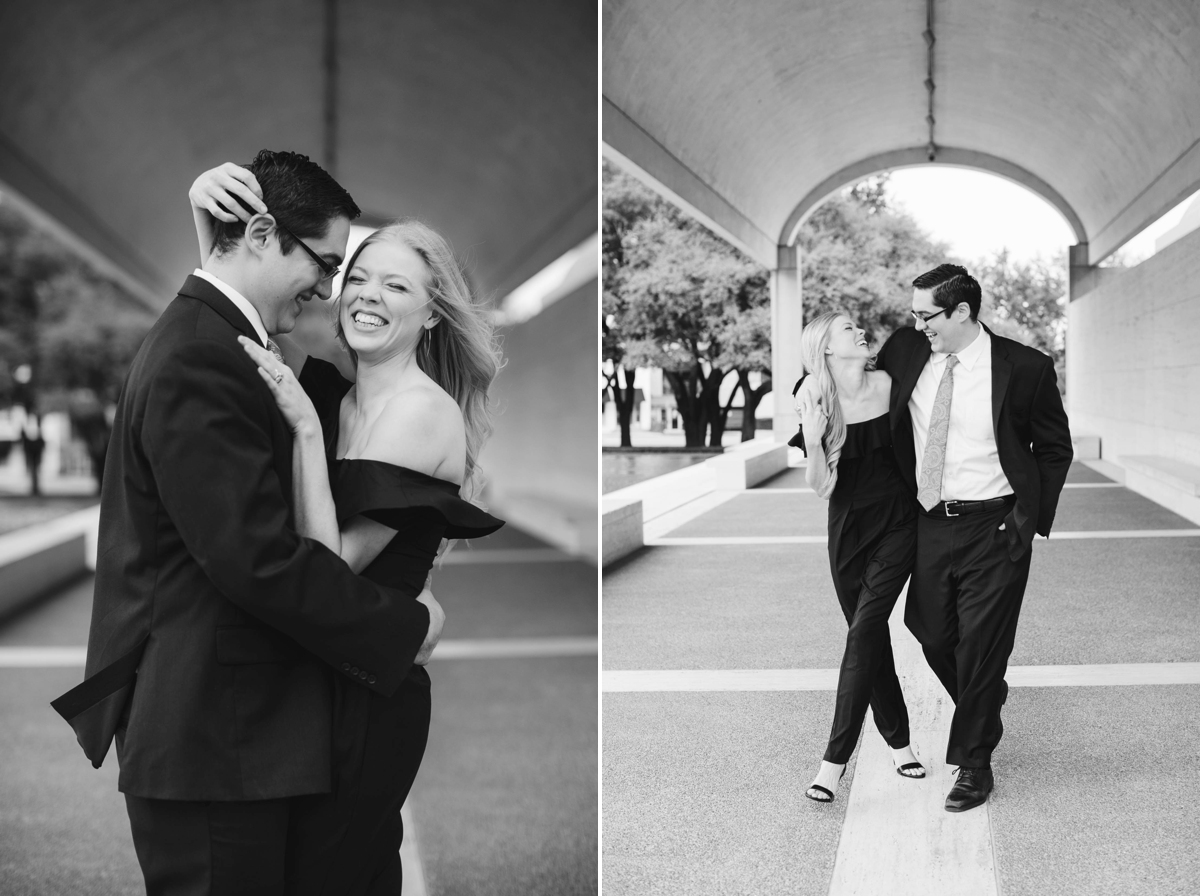 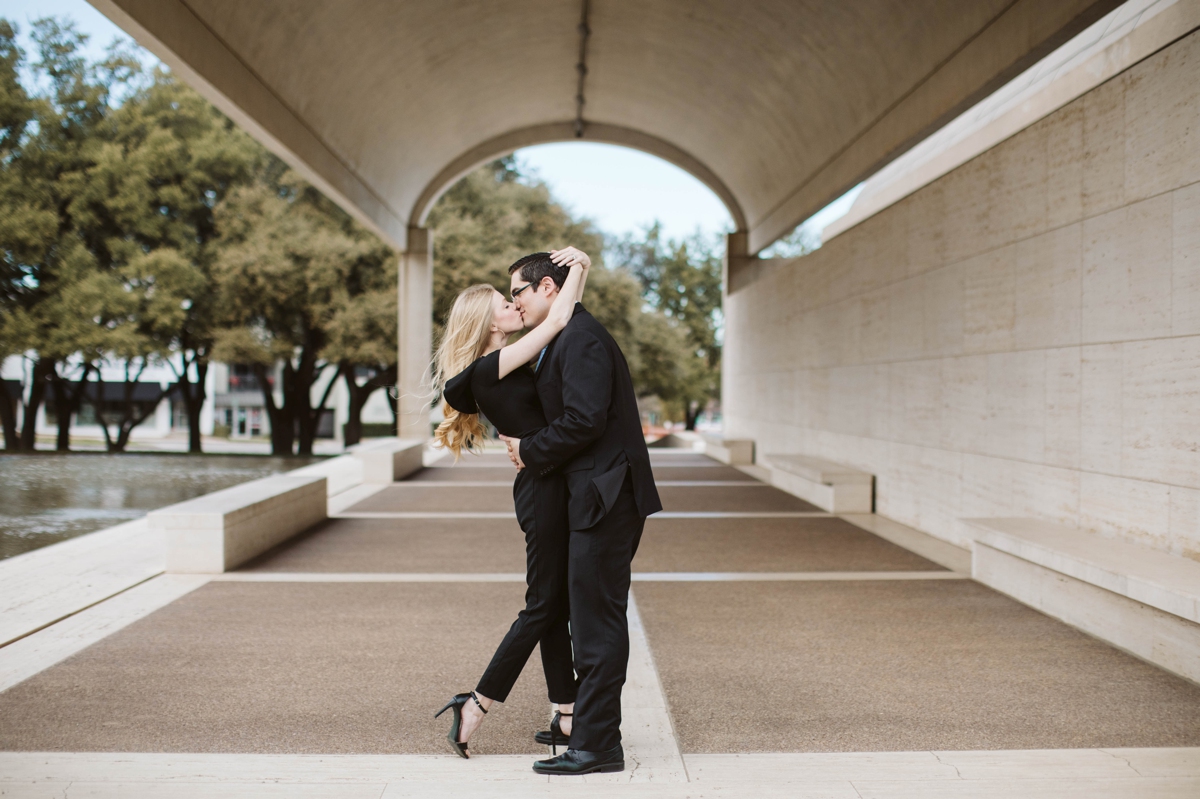 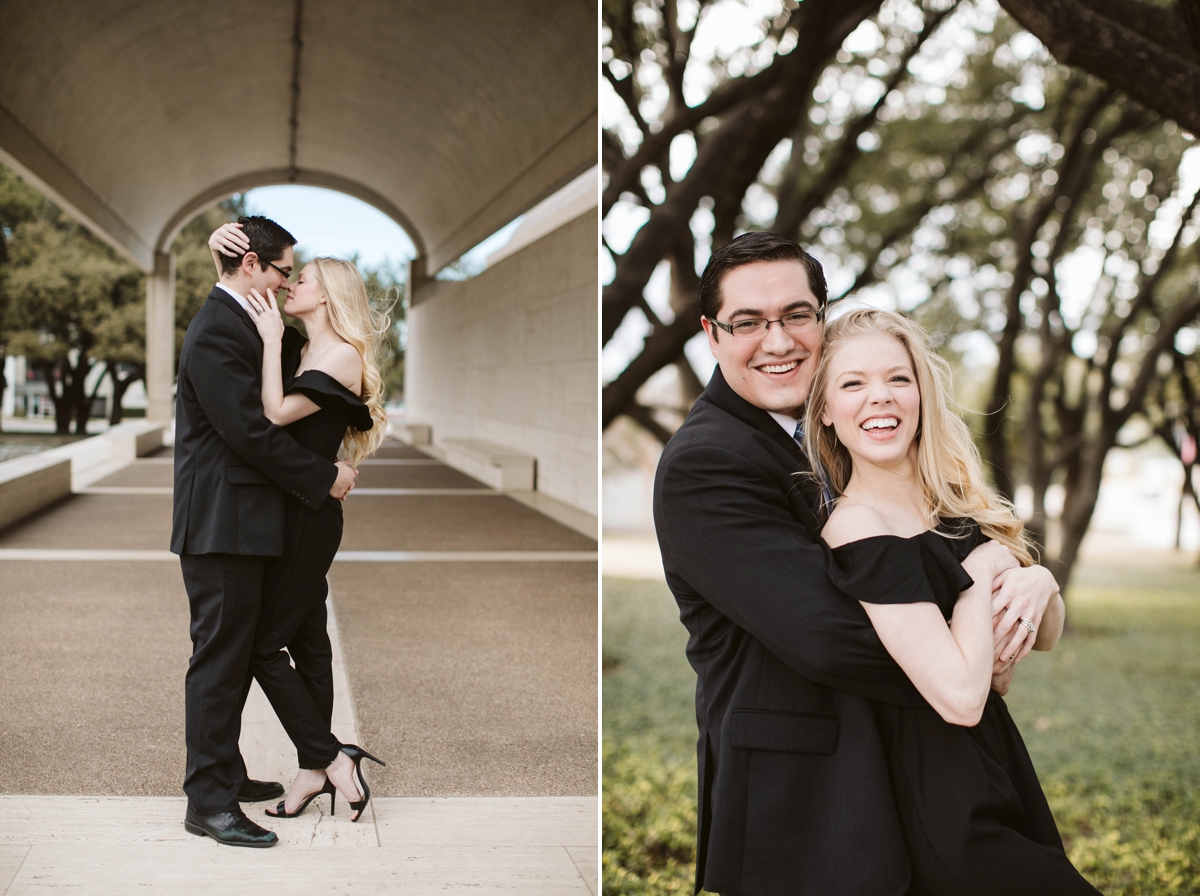 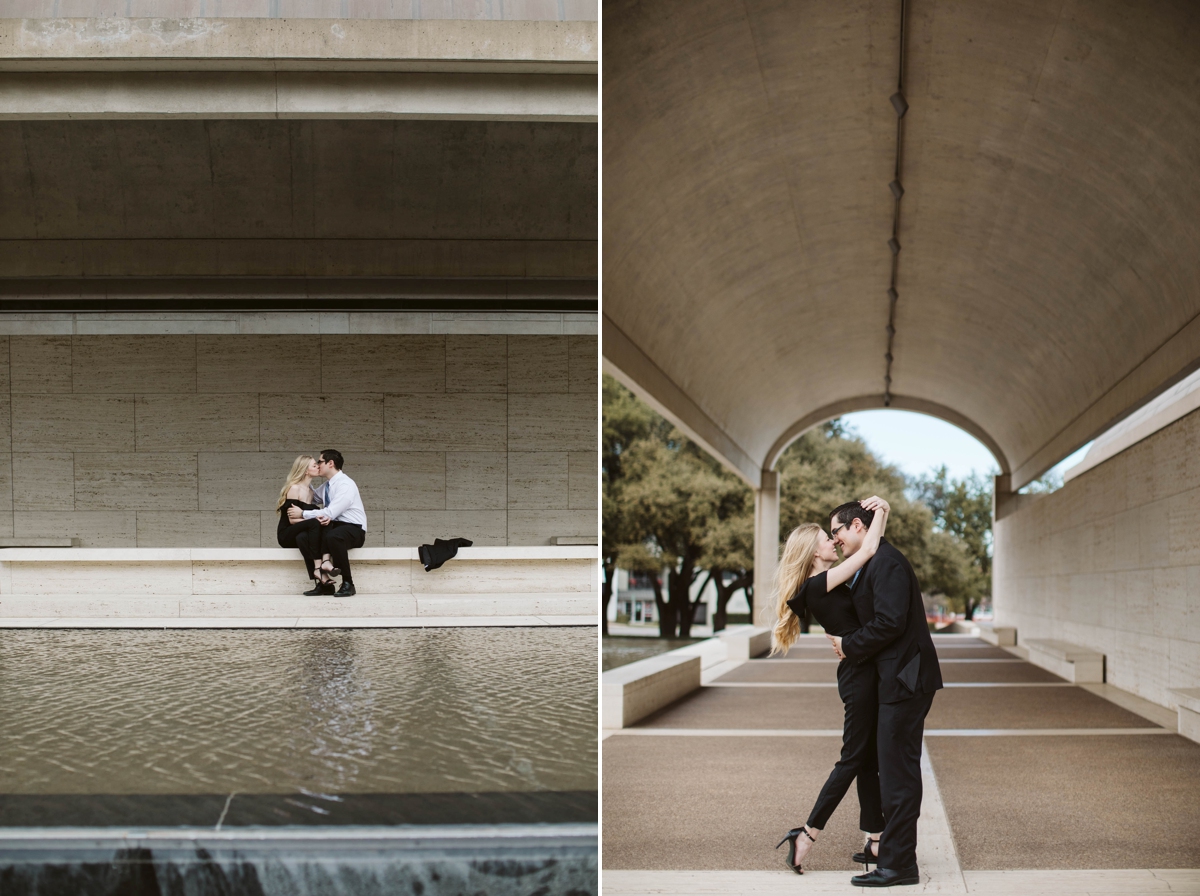 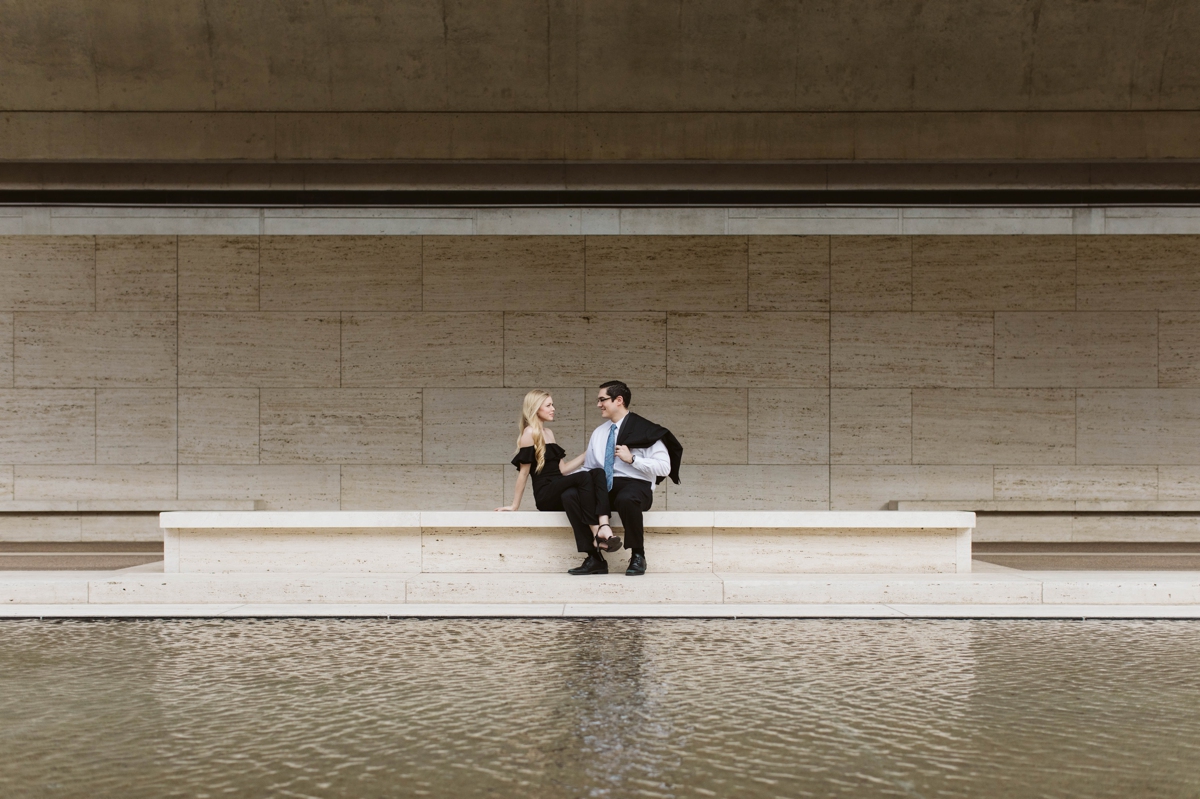 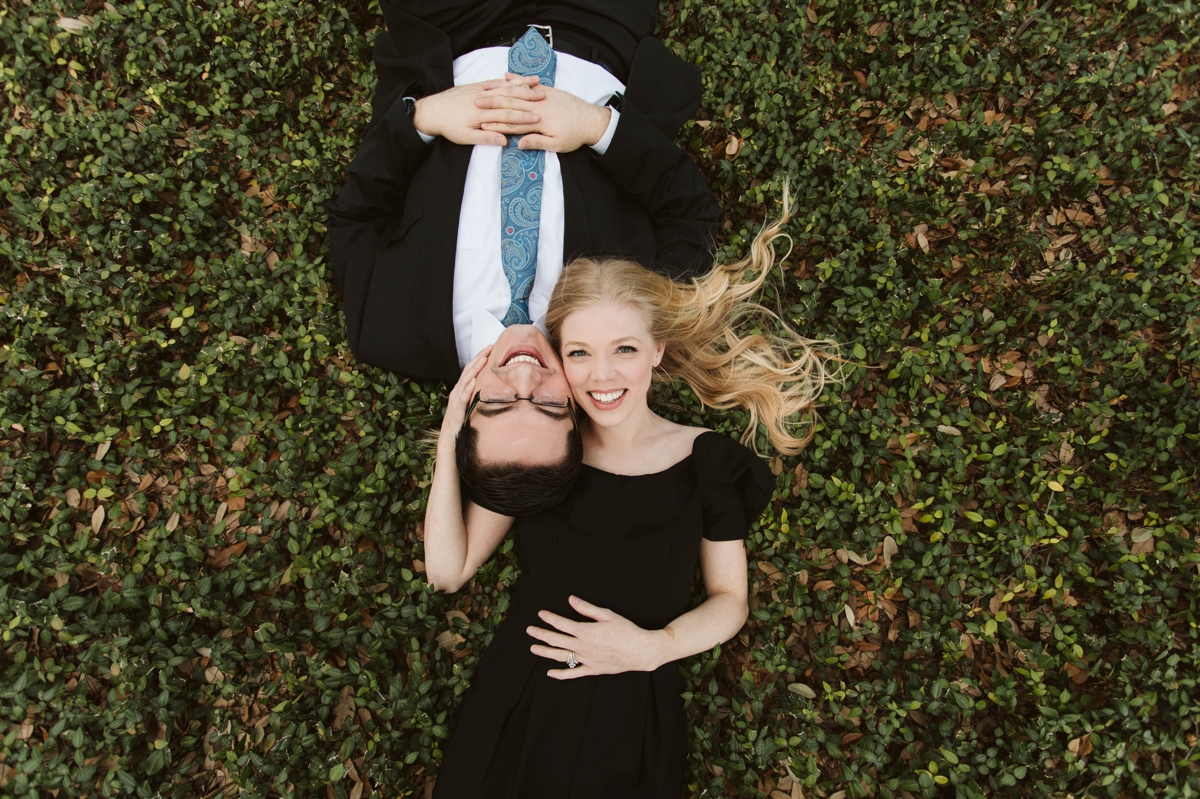 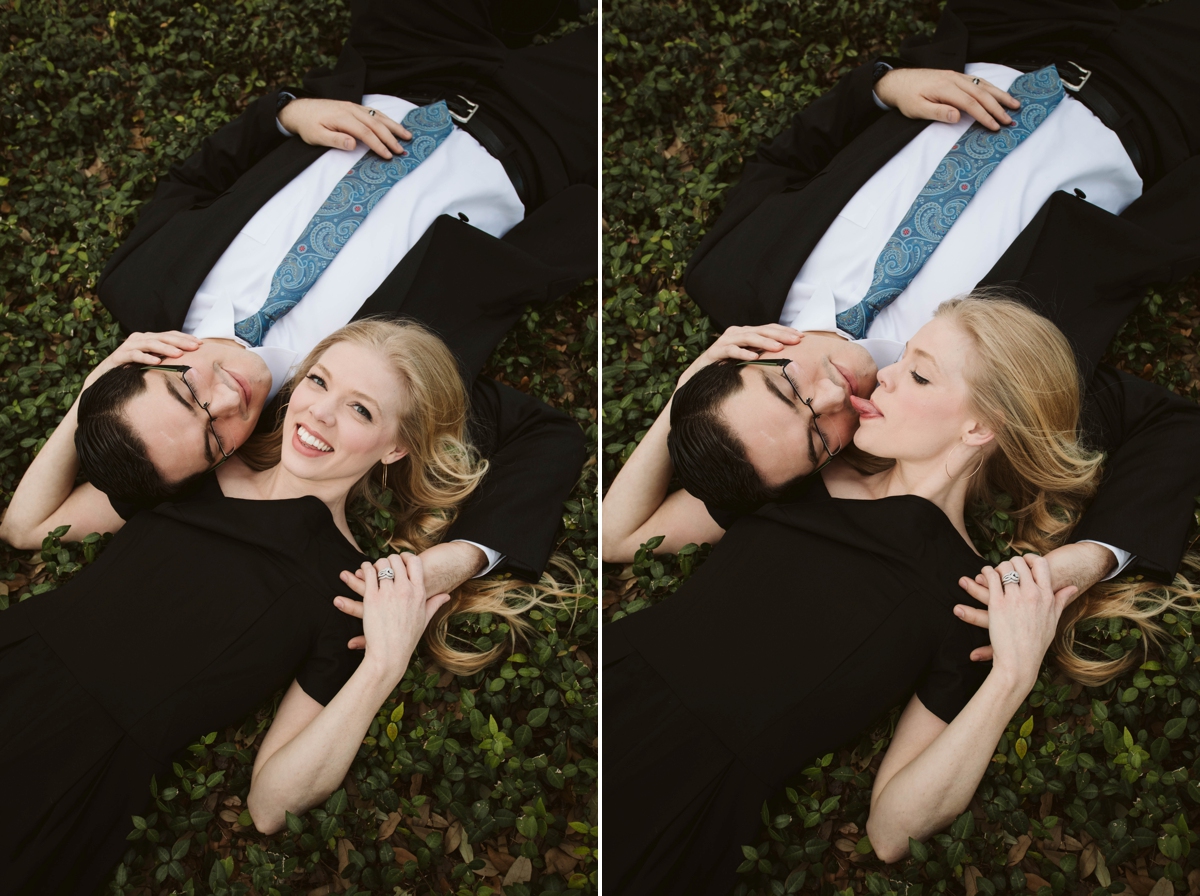 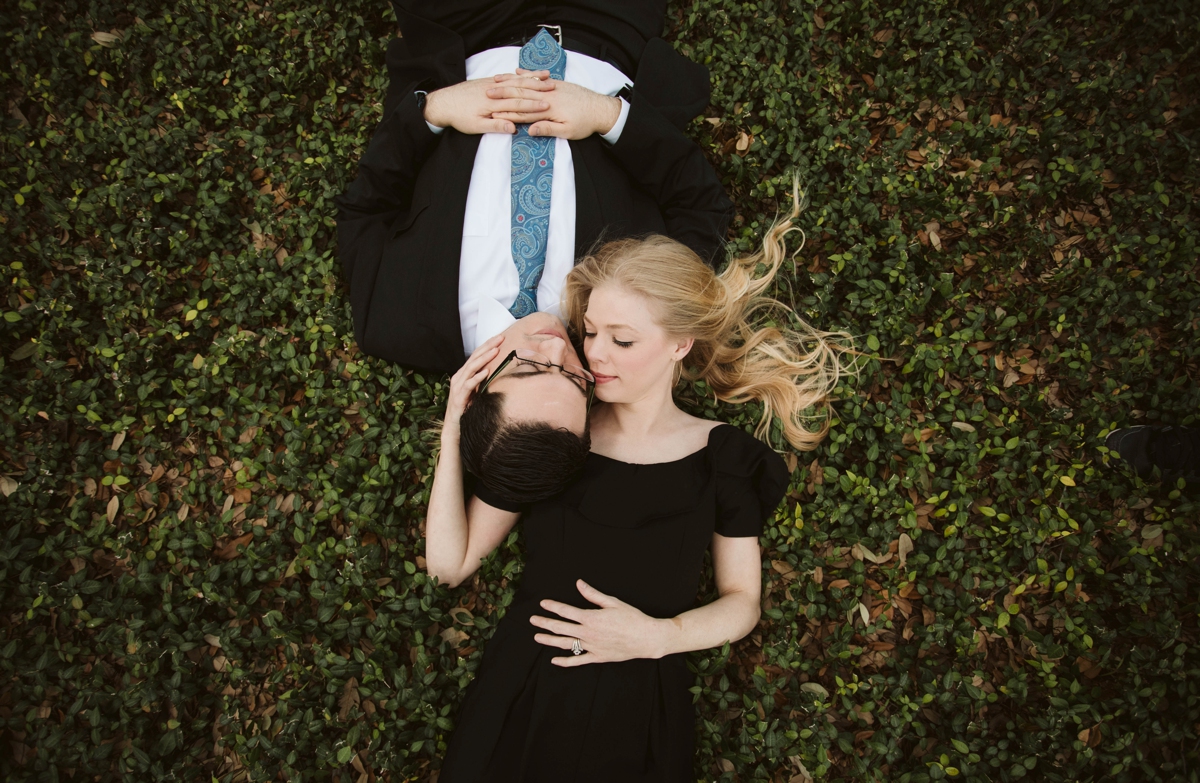 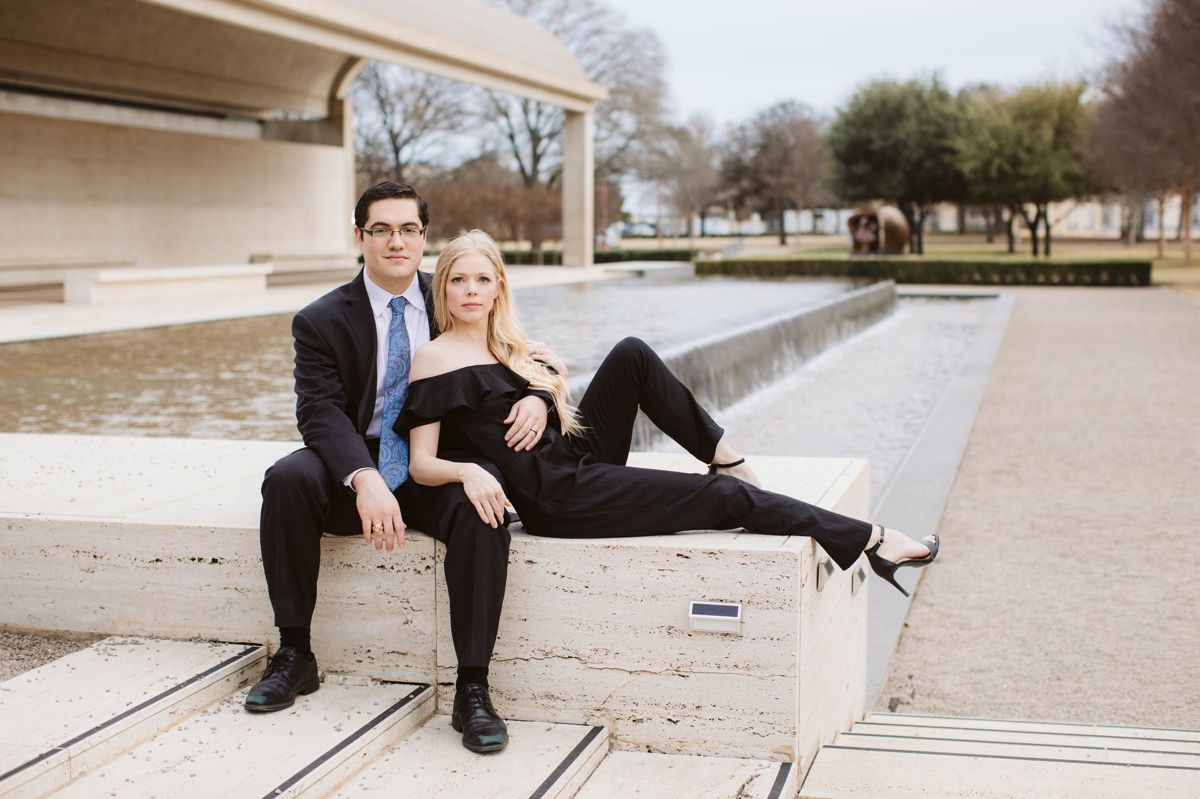 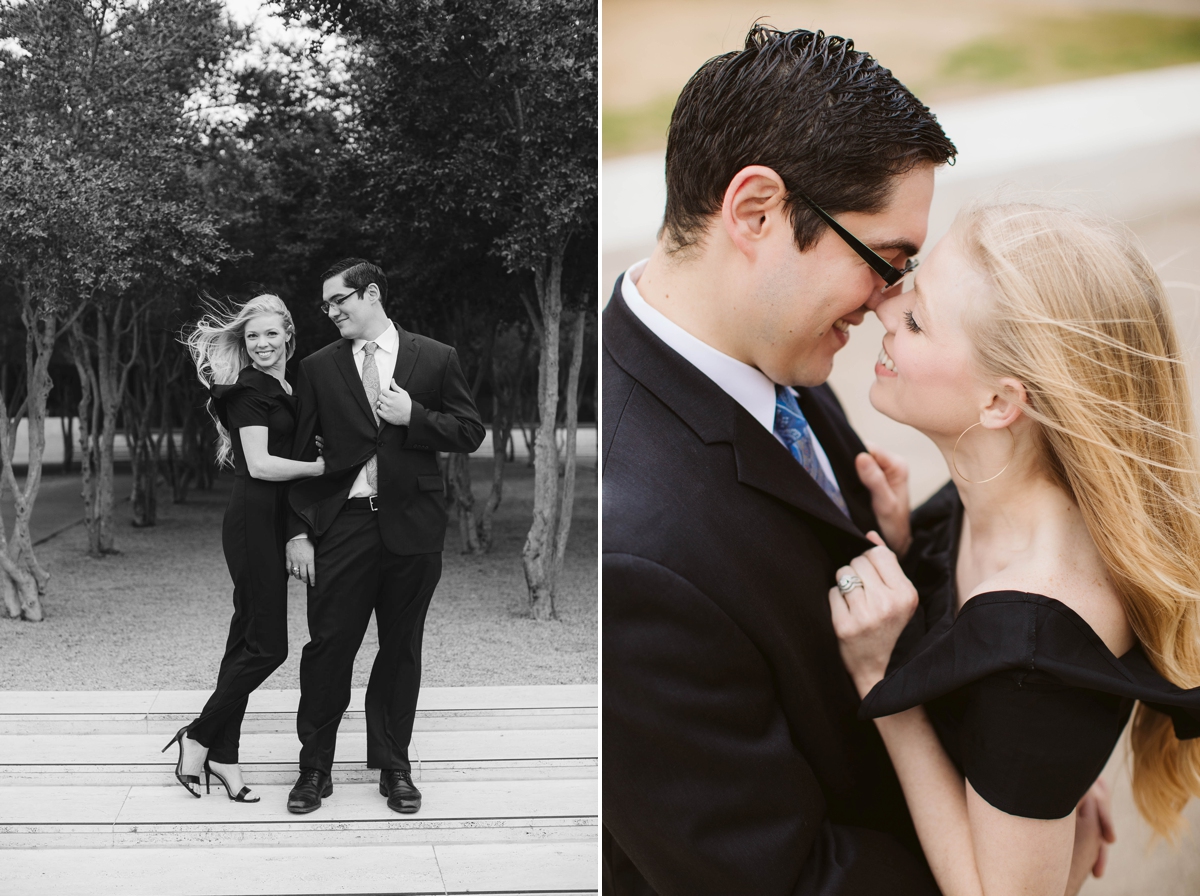 Marc ended up joining me for their engagement session (thanks Omi for watching the boys!) and had been dying to try out his new Soviet lens. It’s an old school manual focus beast that produces the PRETTIEST, swirliest bokeh I’ve ever seen. The black and white on the left below was shot with what I’m now naming “The Beast”. 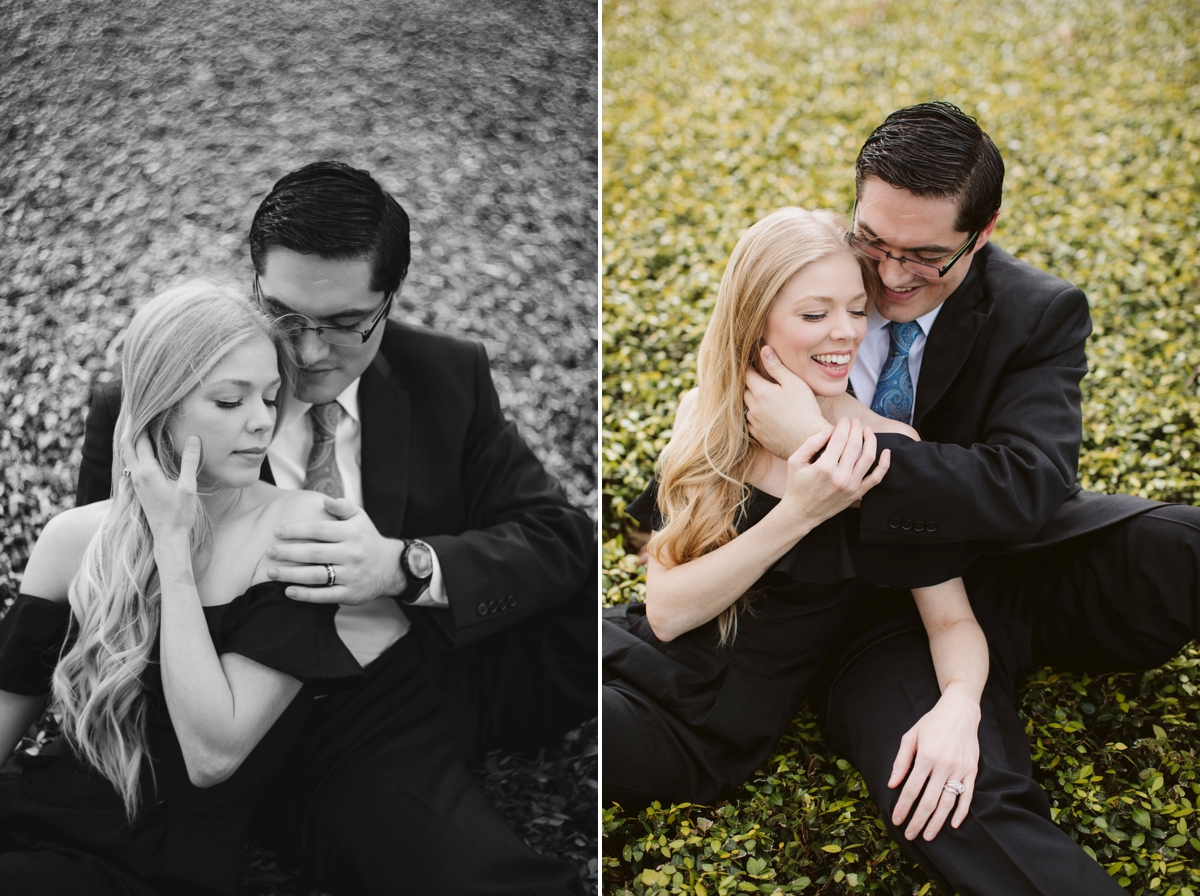 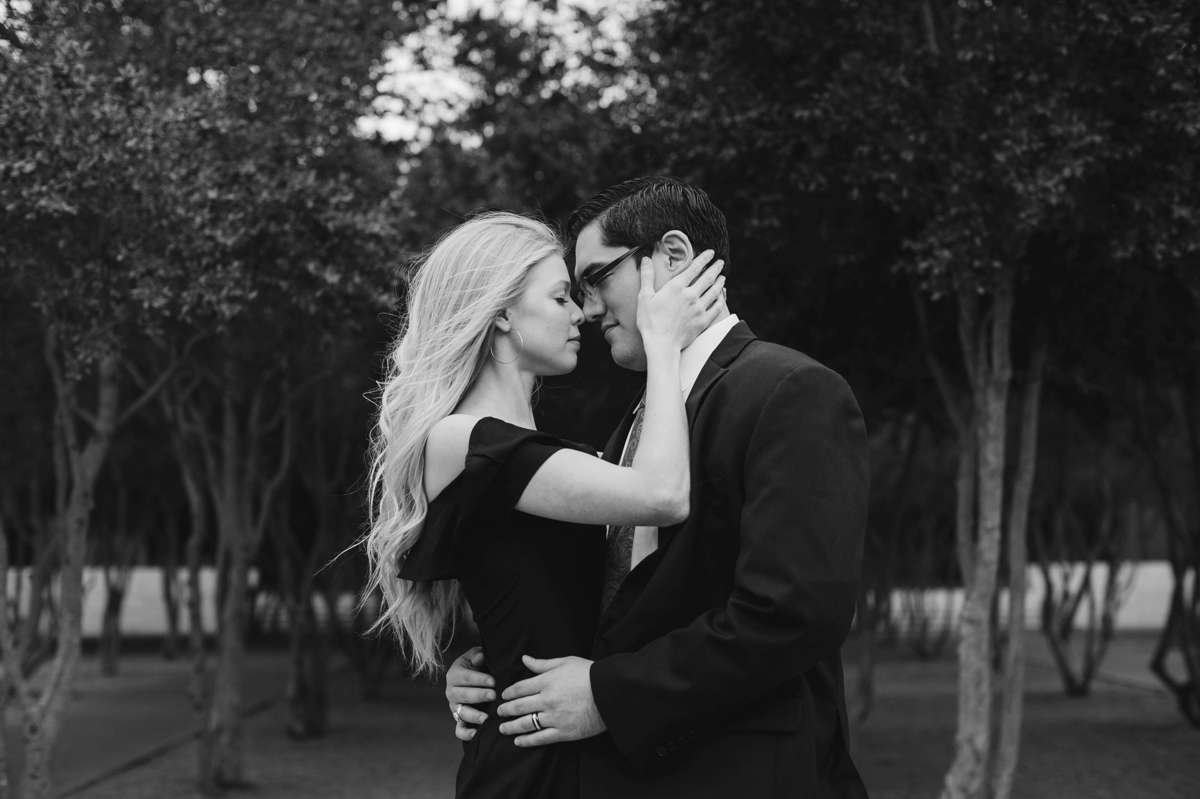 I’m pretty sure someone knew these babes were having their session done that night and installed this sign just for them. 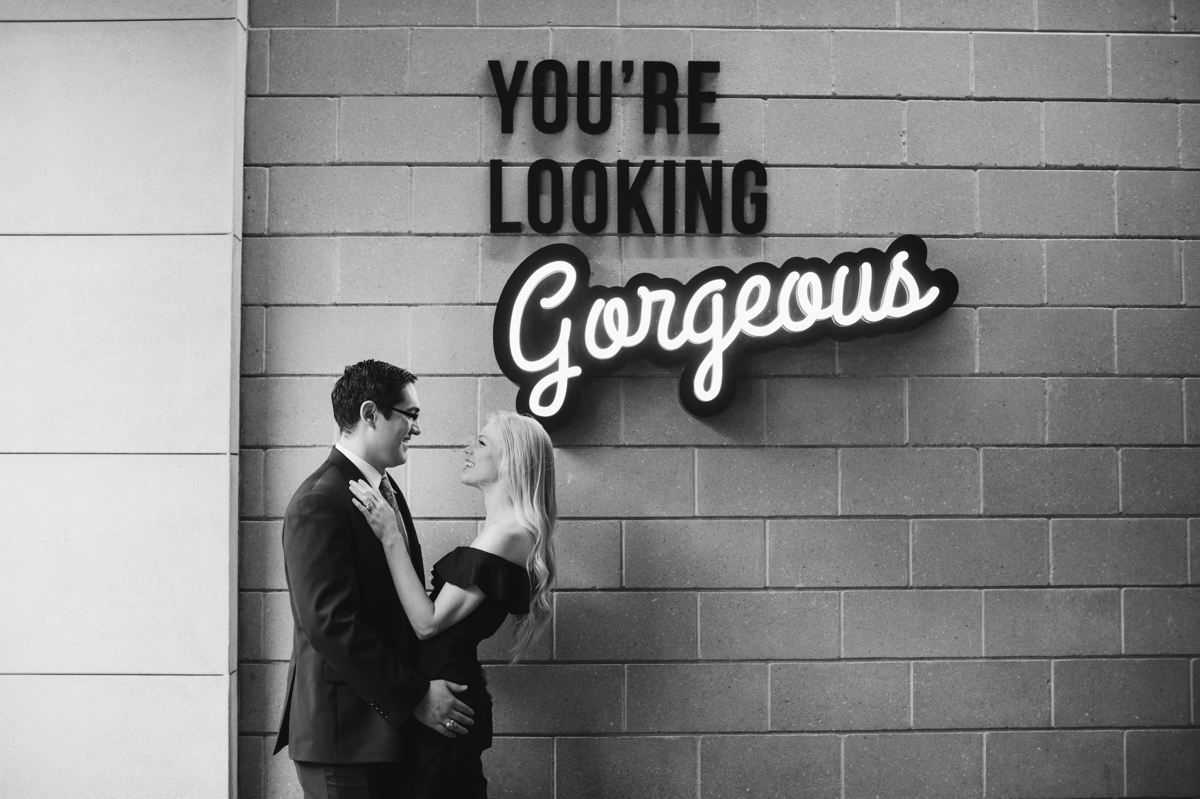 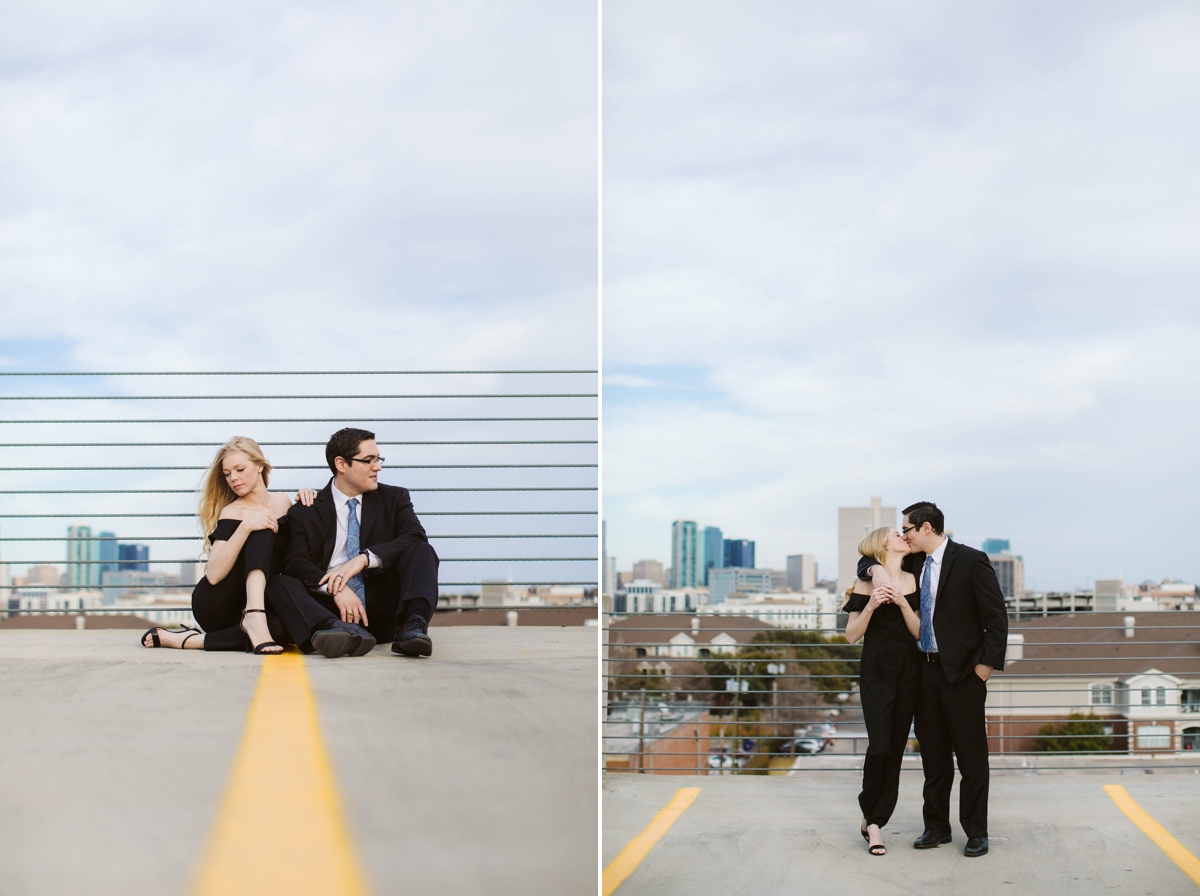 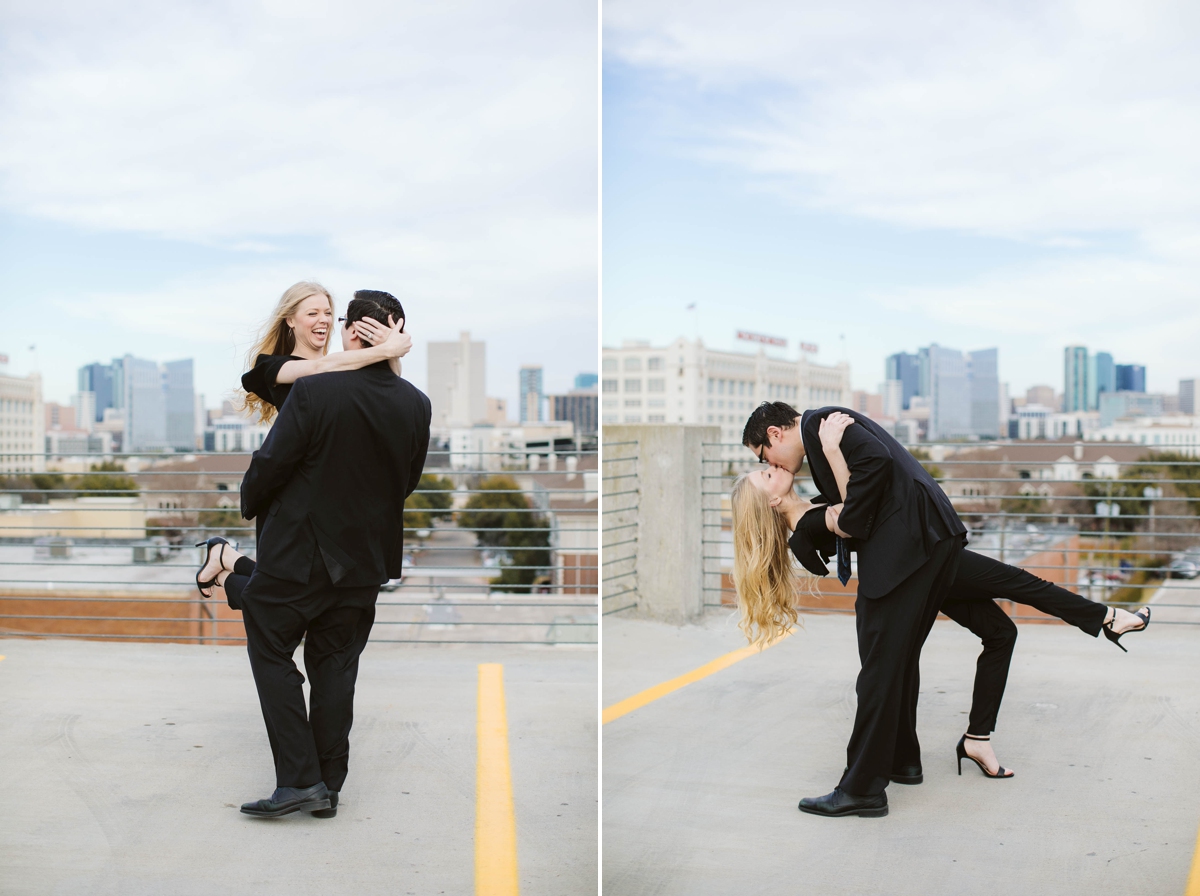 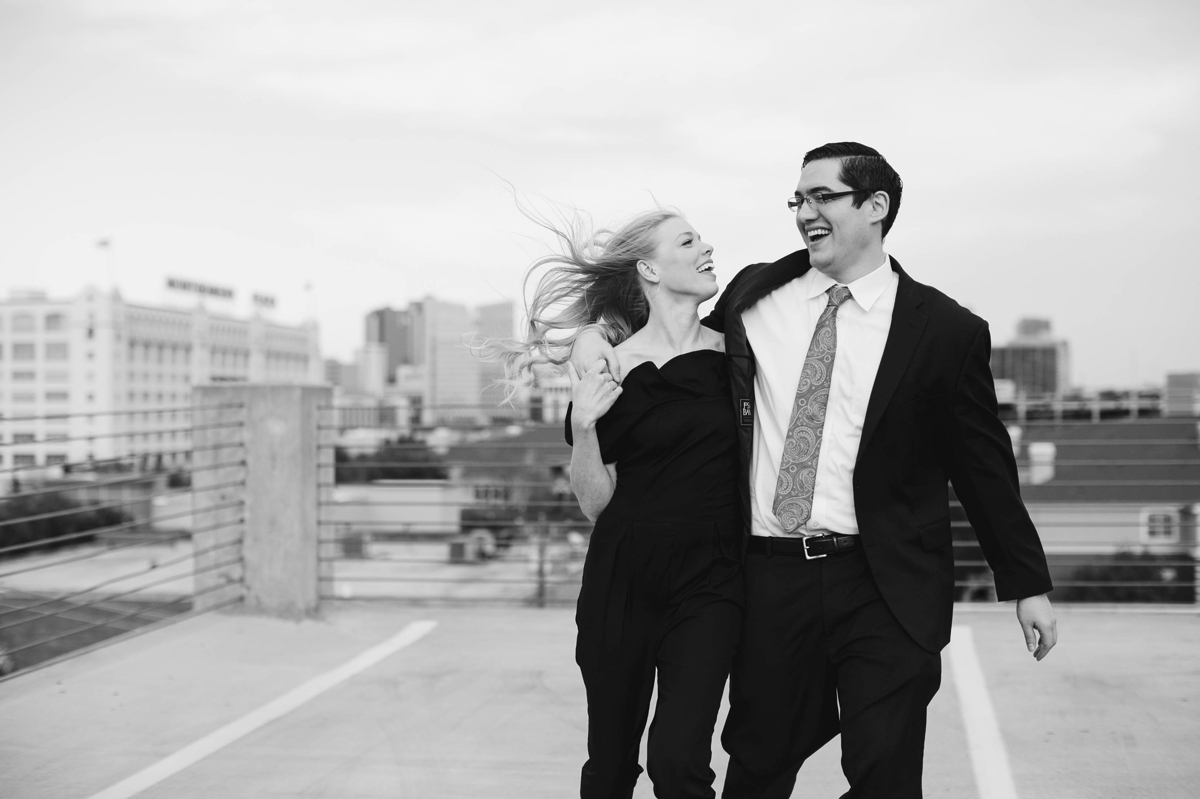 I was already excited for their November wedding, but finally getting to meet them and photograph them made it even more real. Benefit of having an engagement session, y’all.

Looking For Light: a Photographer’s Struggle During a Pandemic