How I haven’t blogged one of my favorite weddings of 2019 is BEYOND me! The Swan Wedding will go down as one of the coolest weddings I’ve ever photographed. Here’s a little bit of backstory, so grab a beverage and strap in. This one’s gonna be long!

I met up with Erin & Nate over beers at Martin House Brewing (the best liquid carbs you can get in Fort Worth) to chat wedding details a few months before their Big Day. When I initially received their inquiry online, I knew this was a wedding I *needed* to be a part of. Sundance Square? Check. Lowkey but elegant? Check. A couple who love so deeply it oozes out of their eyeballs when they talk about each other? Check check check! Obviously things went well and we signed contracts soon after. When Erin told me her vision for the wedding, I was smitten. The ceremony was held at the Sundance Pavilion, right in the heart of Downtown Fort Worth! The entire building is surrounded by floor to ceiling garage door style windows so sunlight pours in, feeding the greenery that cascades down from the high ceilings year round. It’s lovely! Add in a wedding and you get photographer heaven. But don’t let me get ahead of myself…

The day started at The Ashton Hotel where the presidential suite overflowed with both people and excitement. Erin had this calm yet giddiness about her that was infectious to everyone around her. In between sips of beer and tons of hugs, she patiently had her hair and makeup done. Downstairs the guys chilled in their room with more beer. I forgot to mention–Nate works for Martin House Brewing, so there were plenty of brews to go around! I think my favorite detail was a can of their “True Love” sour that I tossed in with the Bride’s details. And it was pink! The lovebirds opted to not do a First Look, so the first time Nate saw Erin was when she was escorted down the aisle with her Dad. I don’t know who was glowing more!

The wedding itself was a tad bit non-traditional; there was no set Bridal Party so the closest friends and family walked in the processional ahead of the Bride. It was really special! Not a dry eye in the house, either.

One thing Erin said that was super extra special to her was a photo with EVERYONE she loved in the same frame. If you’v been to Sundance Square, you know that it’s pretty flat but surrounded by skyscrapers on every side. Luckily for me the reception was held 200 feet away at Bird Cafe, who just so happened to have a balcony!

My personal favorite part of November 9th was the couple’s portraits. I know, I know. That’s usually one of the highlights of being a wedding photographer. But we had free roam of downtown for half an hour! The newlyweds couldn’t stop giggling and loving on each other the entire time. It was very endearing! After portraits, they were announced as Mr. & Mrs. Swan where they had their first dance to “Death of a Bachelor” by Panic! at The Disco (aka one of my favorite bands of ALL TIME)!!! While dancing continued in the main reception room, guests and the couple mingled at the bar and in Sundance Square. The weather was absolute perfection at about 65 degrees and sunny. No wonder everyone wanted to be outside! Laughter was heard over every part of the restaurant while tourists outside craned their heads to see what was going on.

After a chill reception, Mr. & Mrs. Swan walked back to their suite at The Ashton to change into something more comfortable before continuing with their people at the after party.

Congratulations, you babes! Your day was so YOU! I know we aren’t related, but we even planned our weddings the same–swan details, Panic! on the playlist, and orchids for decor. No wonder I loved it so much <3 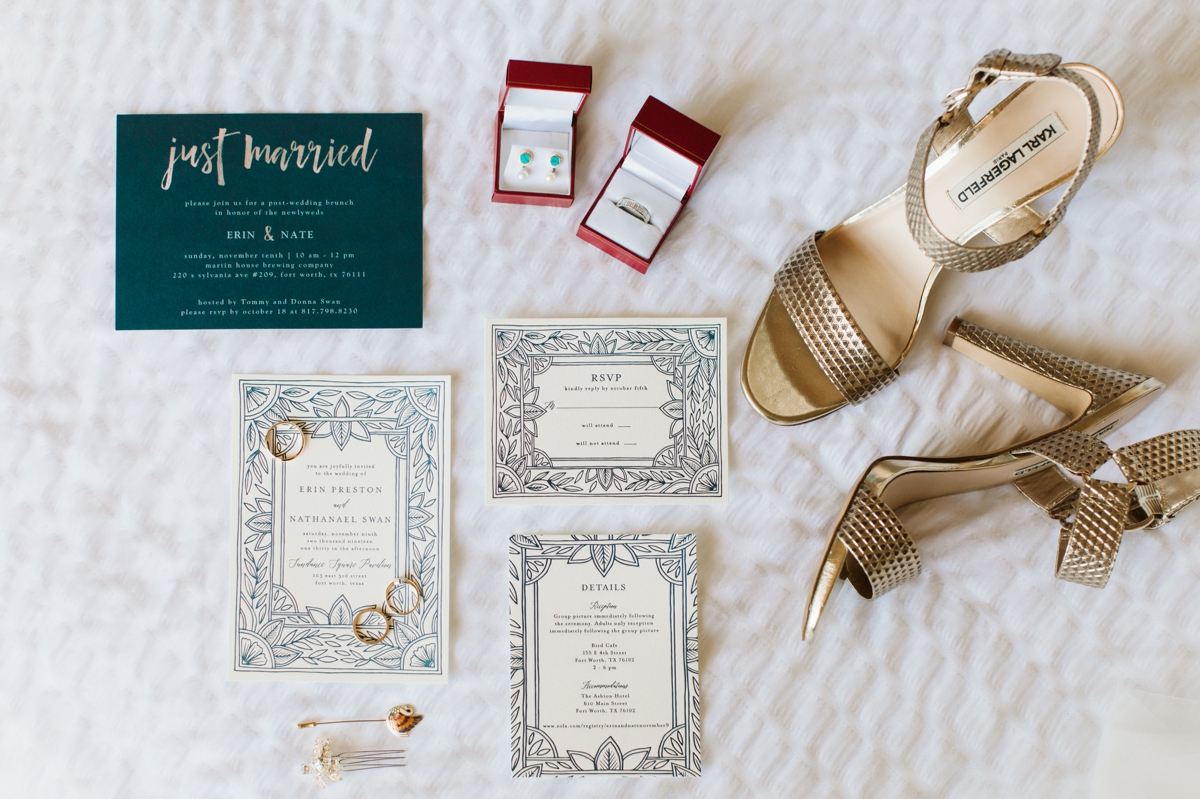 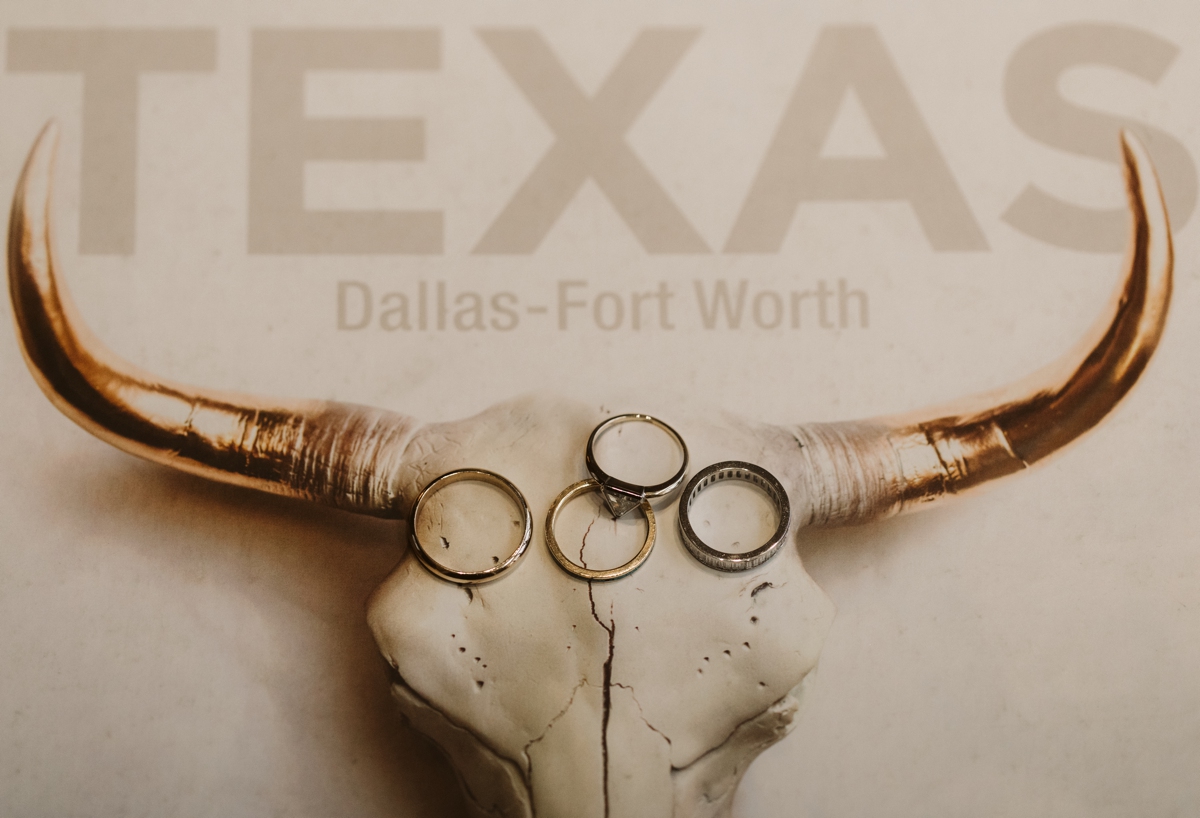 True Love sour beer… gold Karl Lagerfeld heels, and vintage hair pins for all the ladies! Of course Erin’s was a swan. 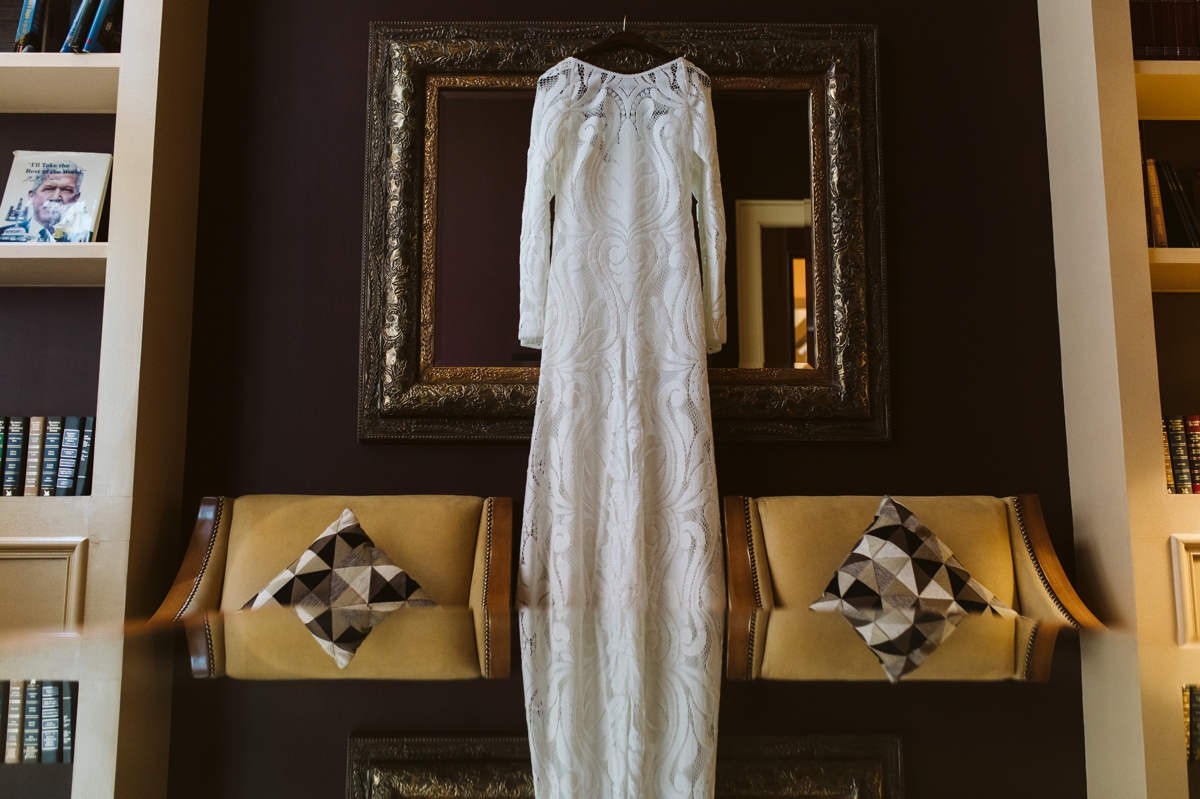 That triangle diamond though! Swoon. 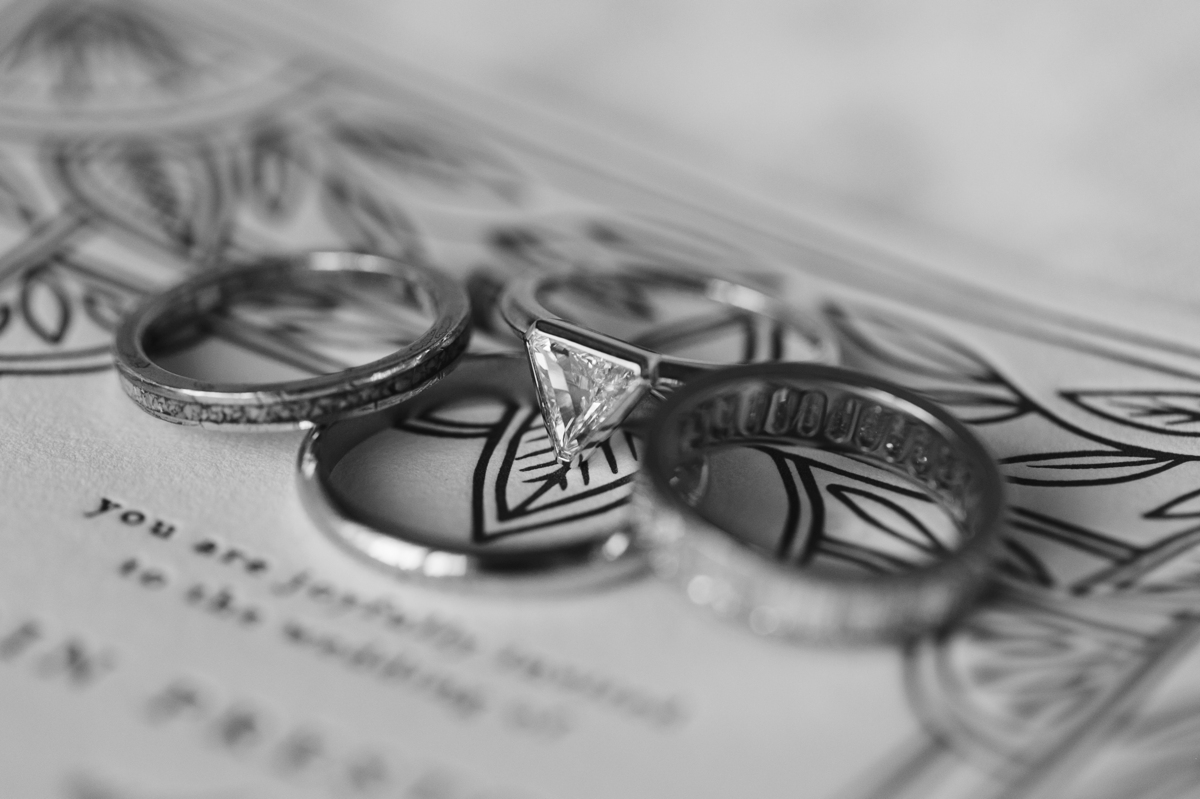 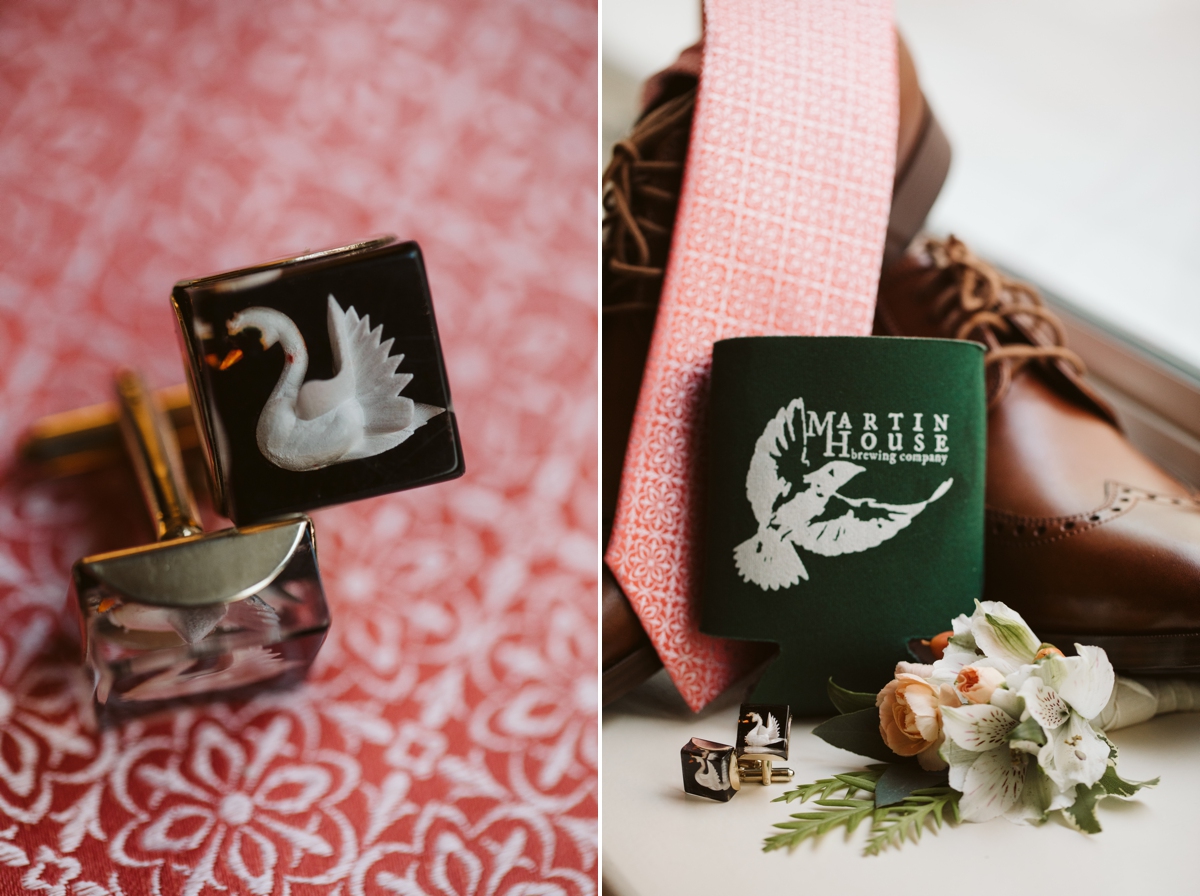 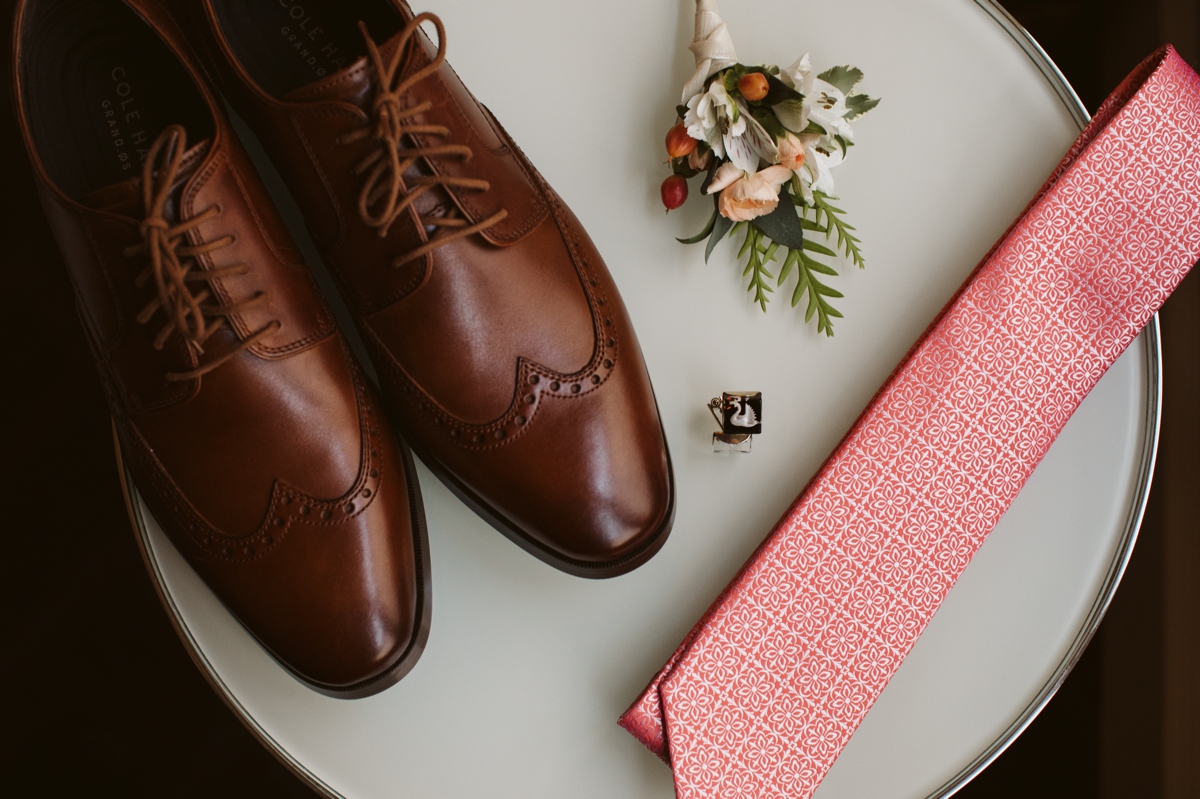 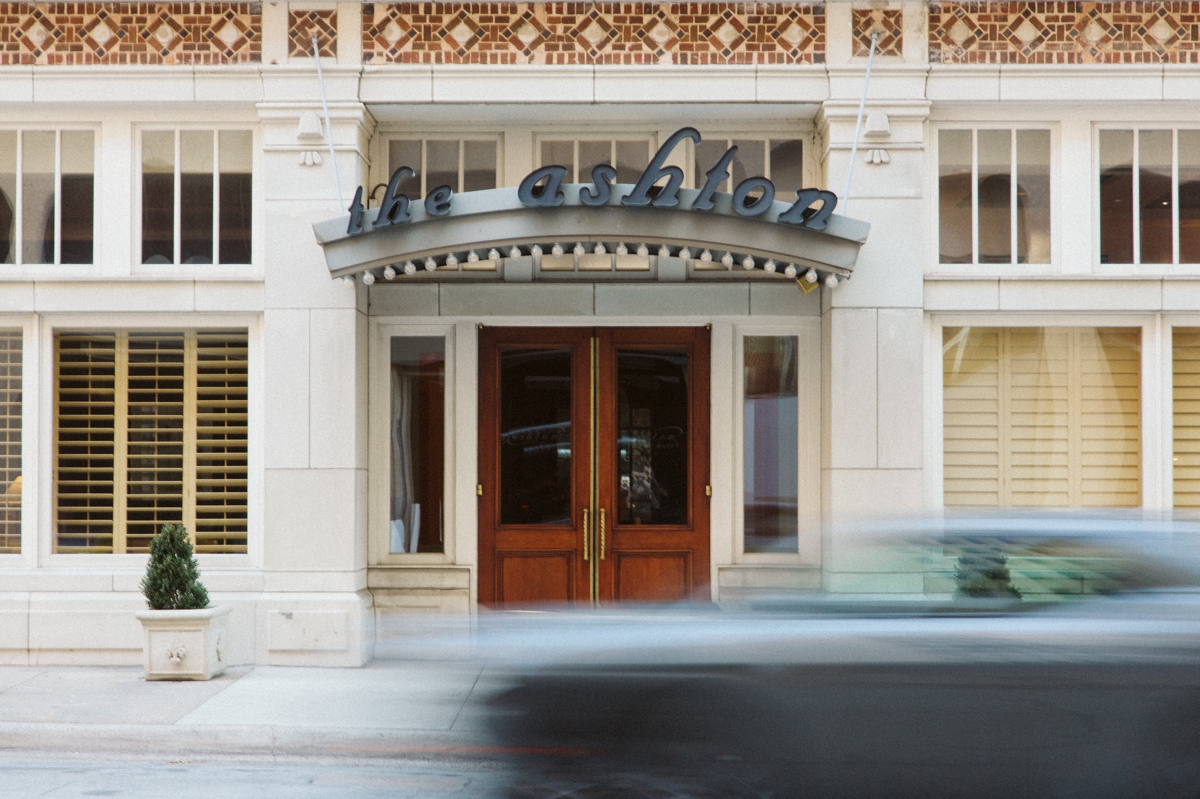 Note the swan cufflinks and the beer socks 😉 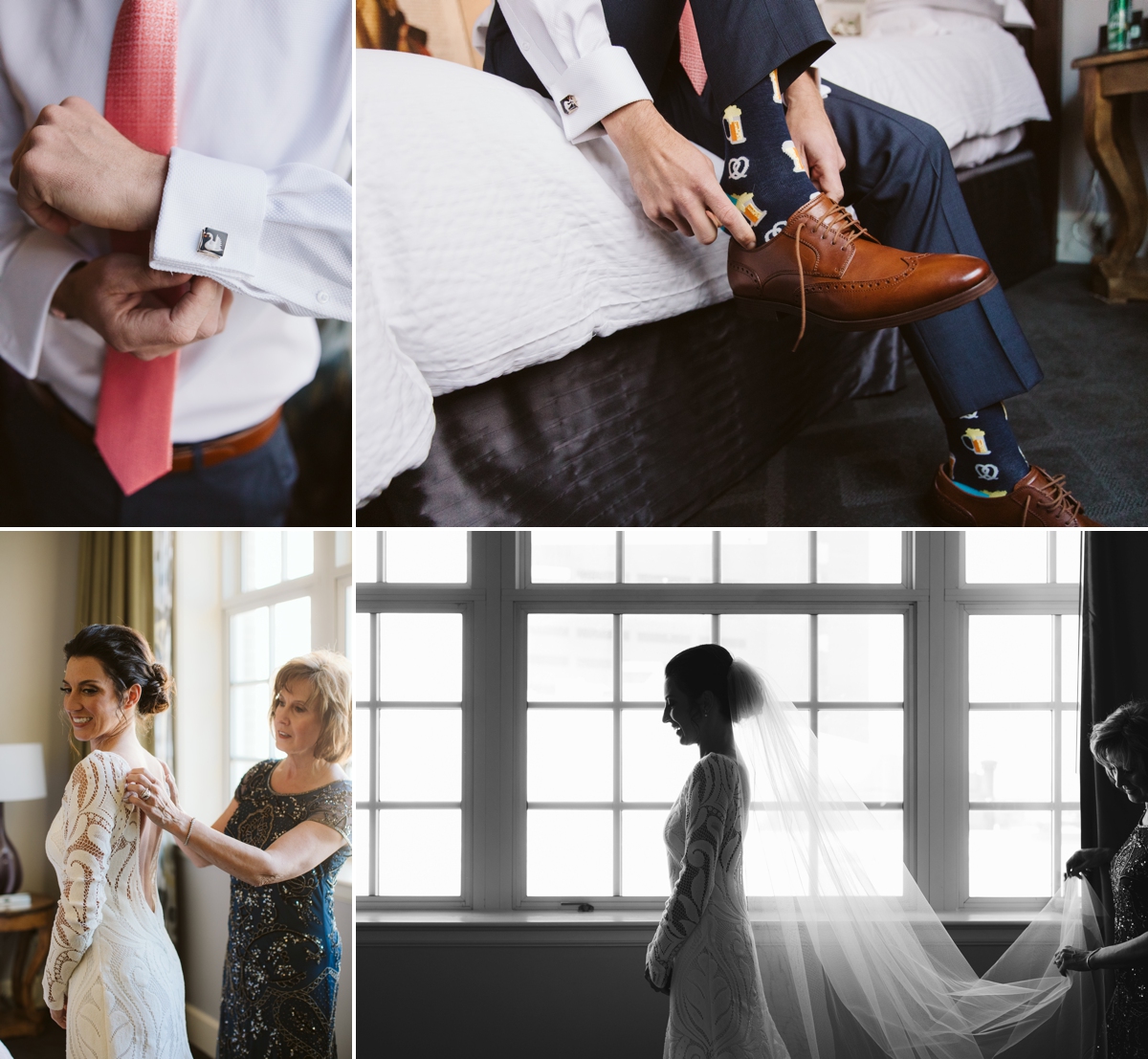 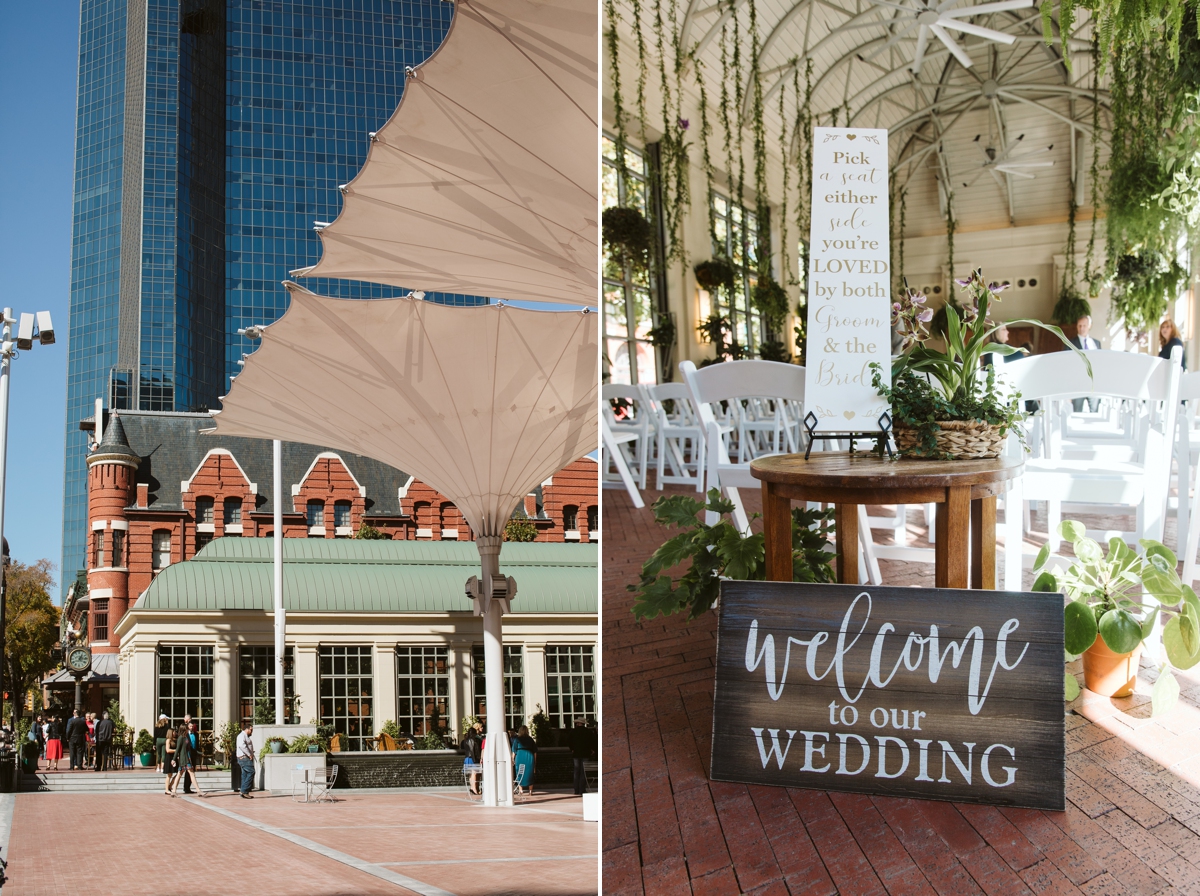 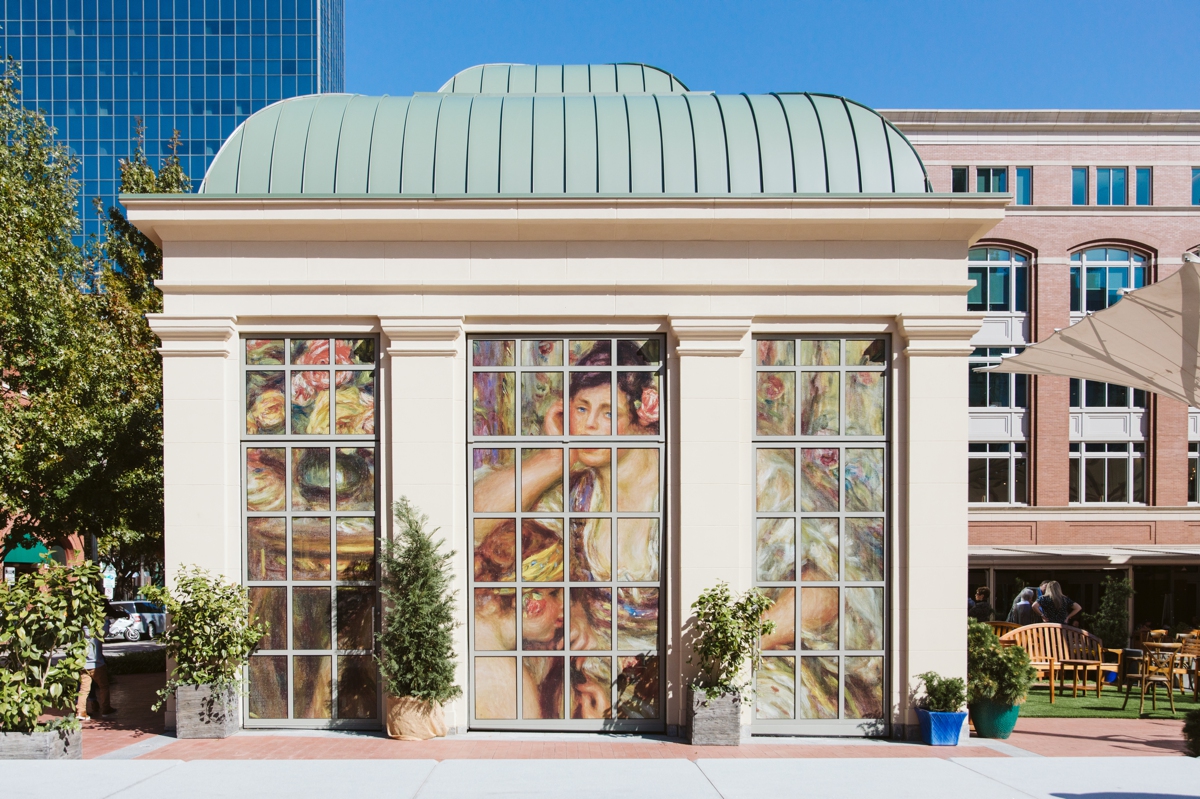 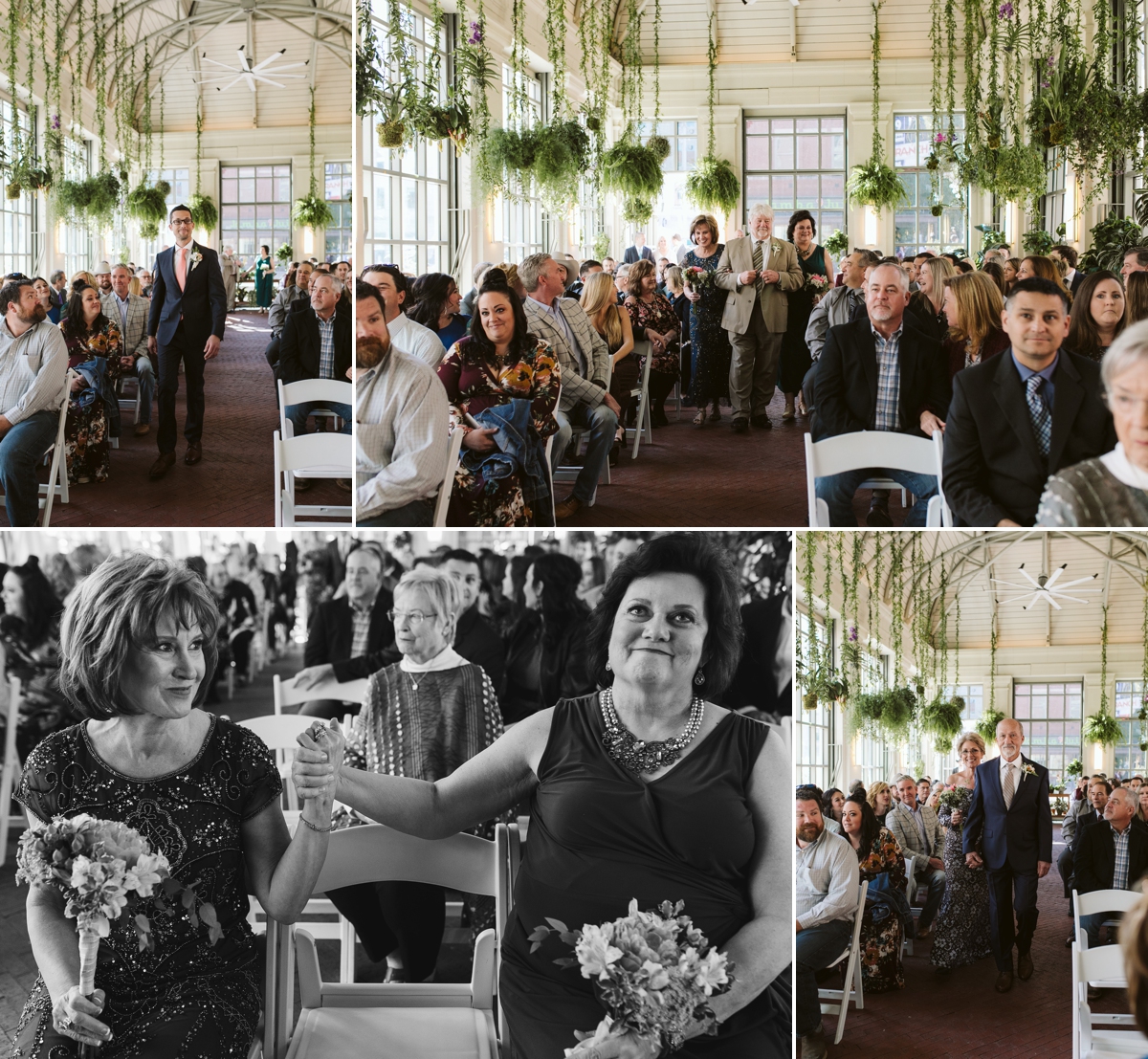 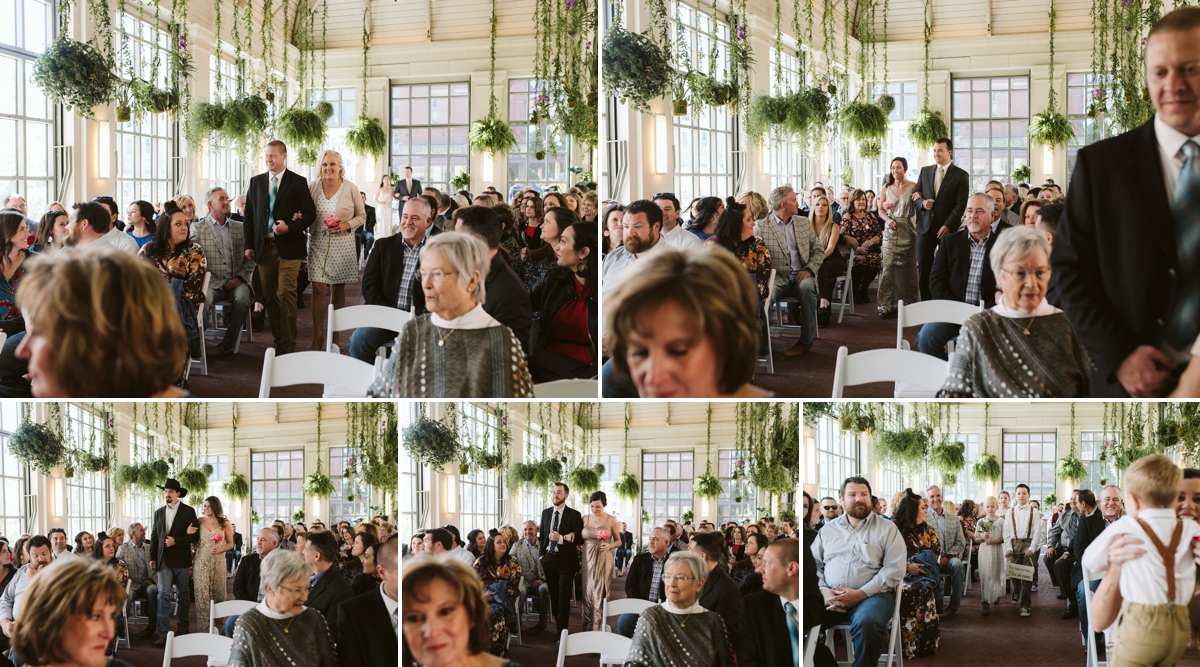 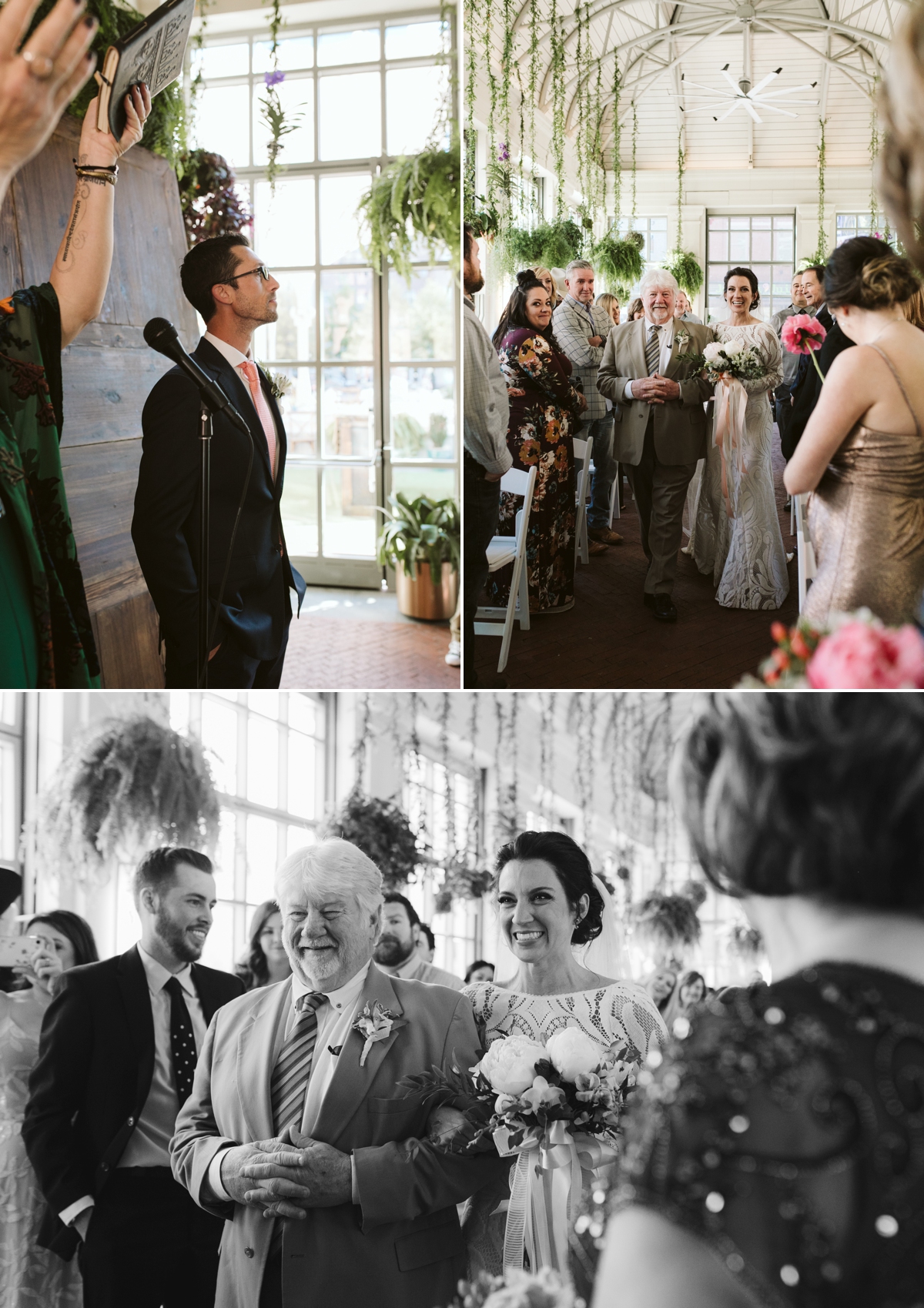 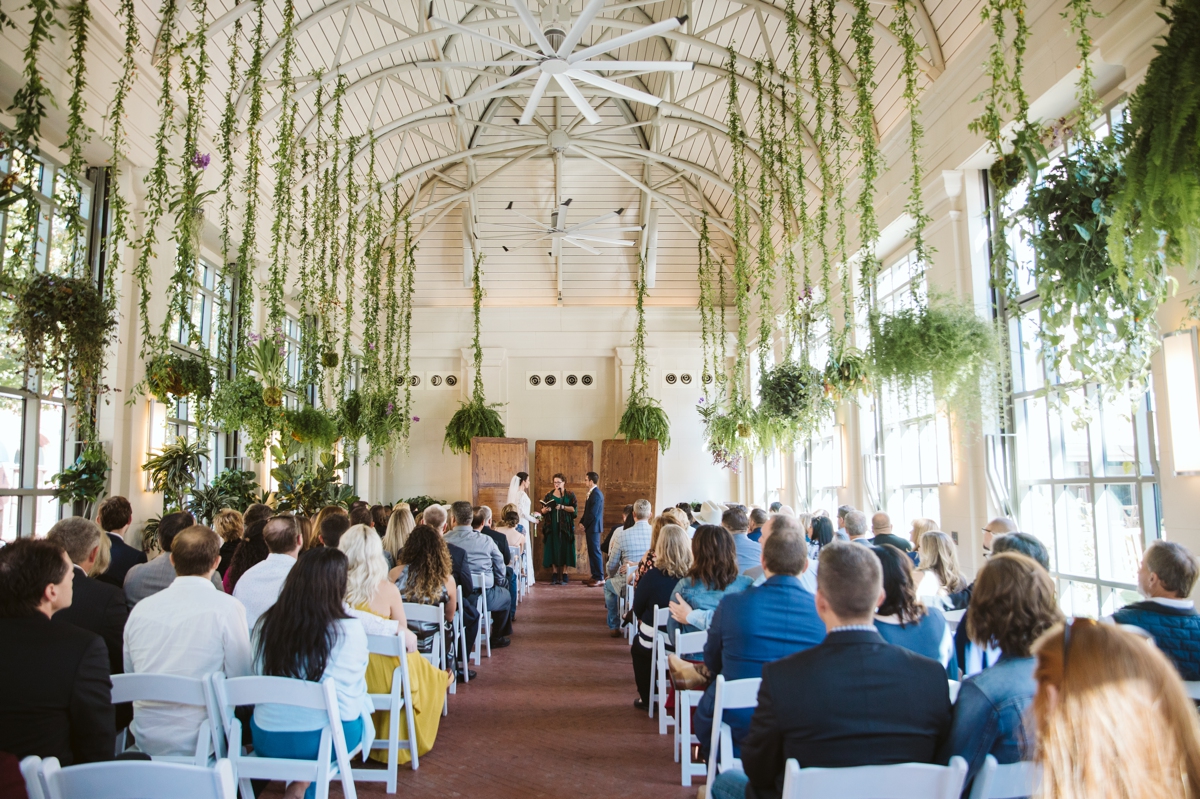 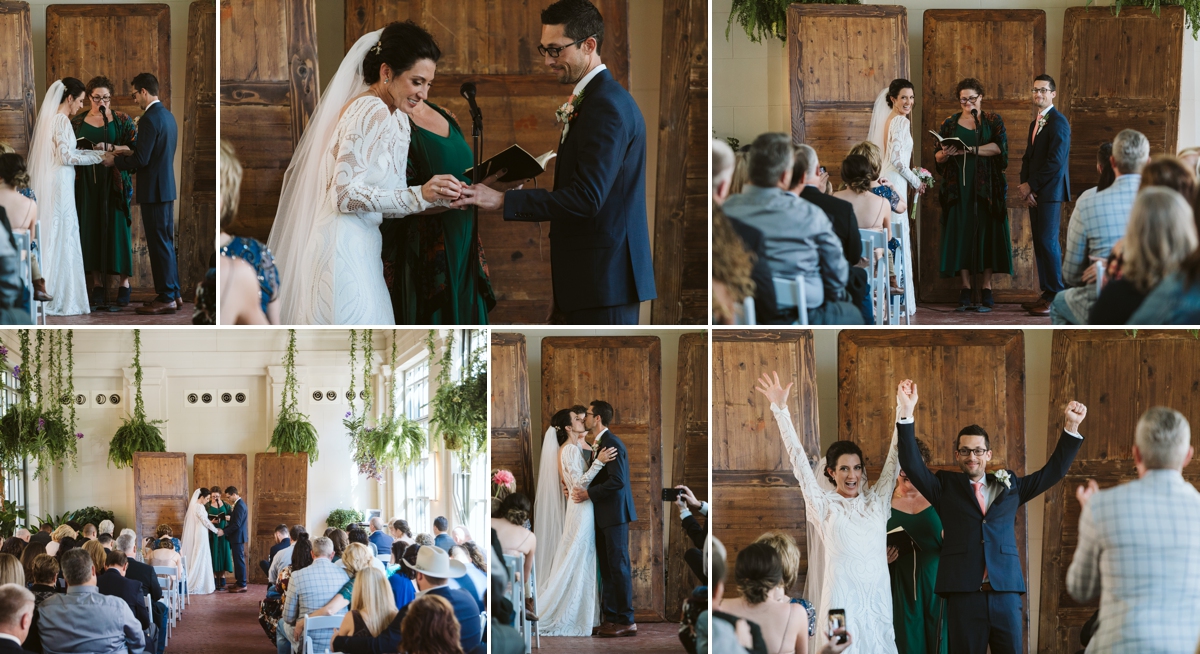 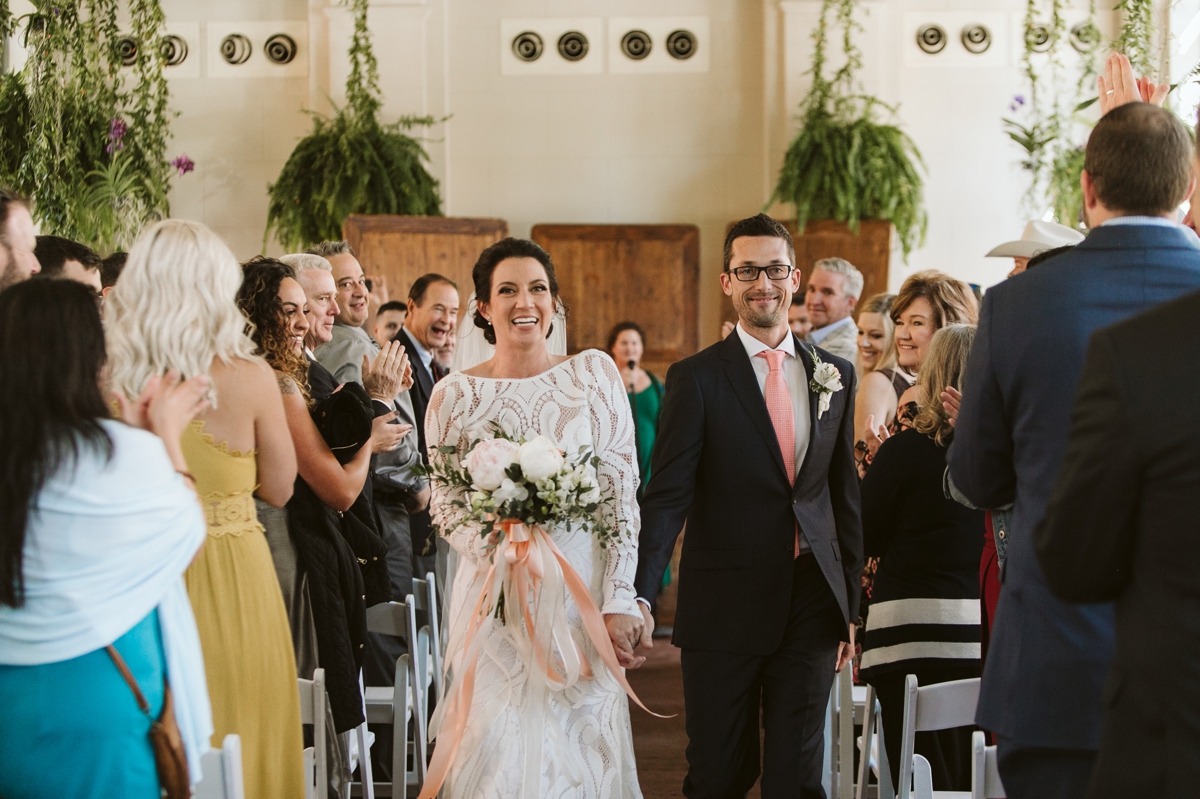 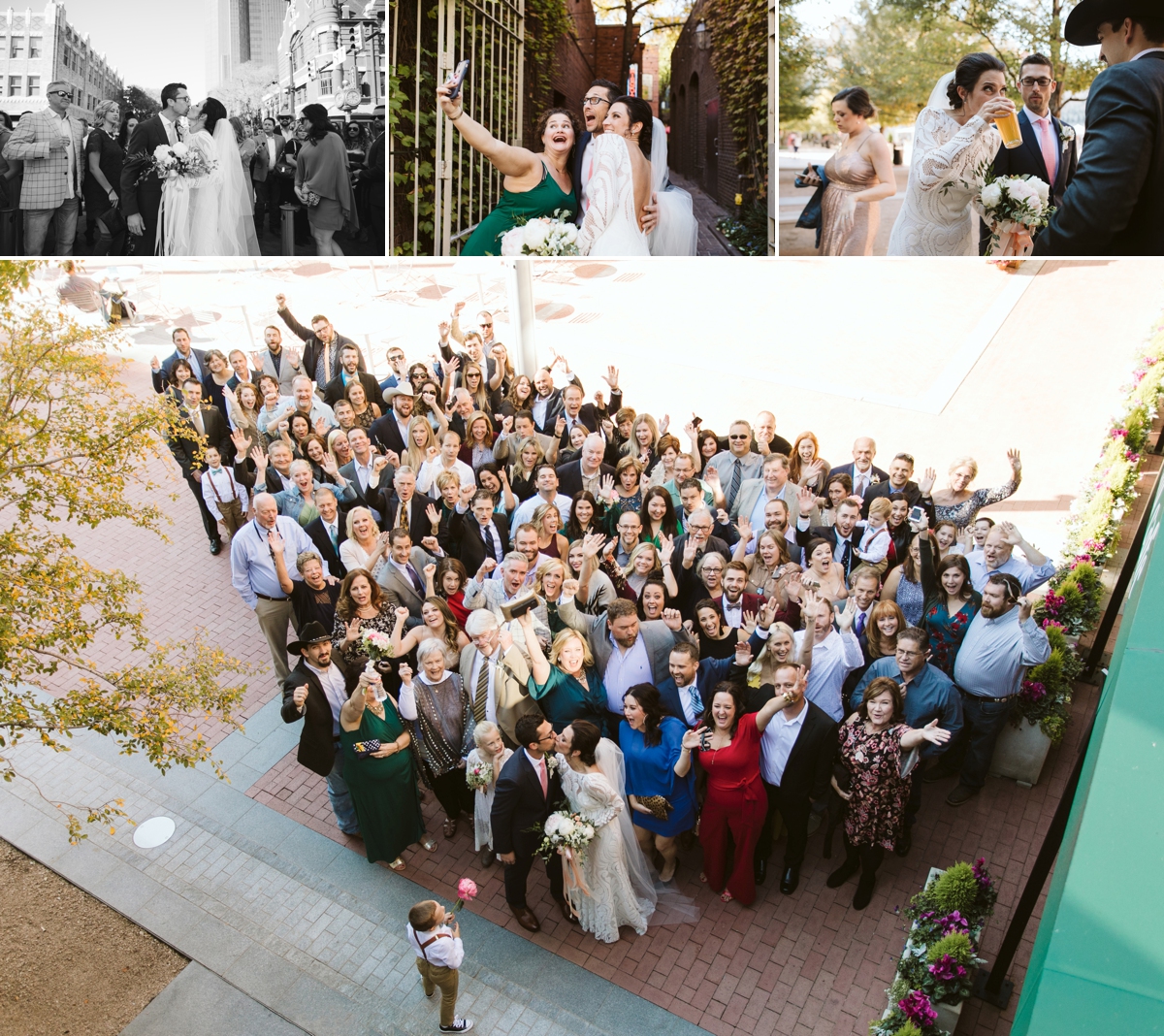 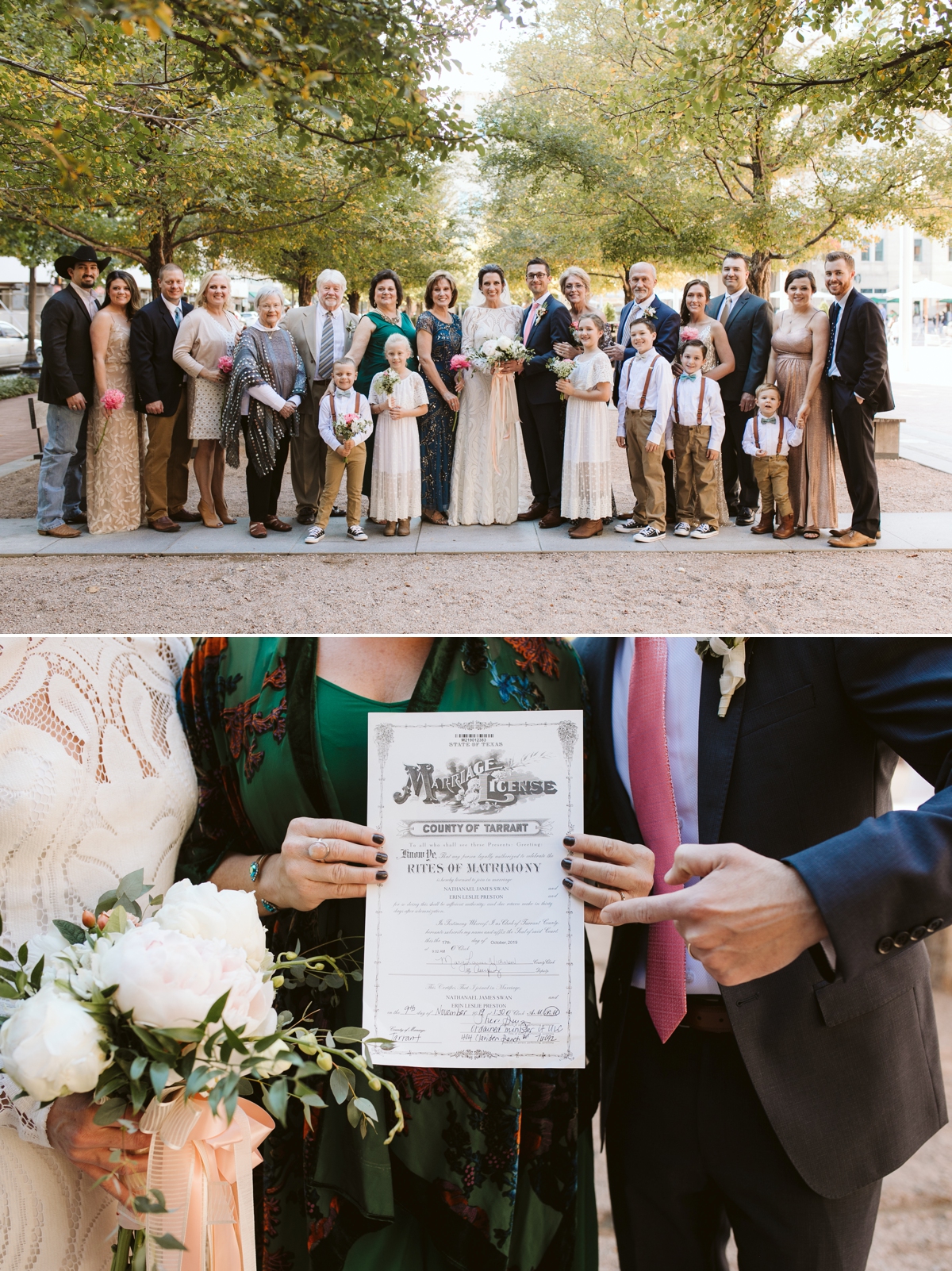 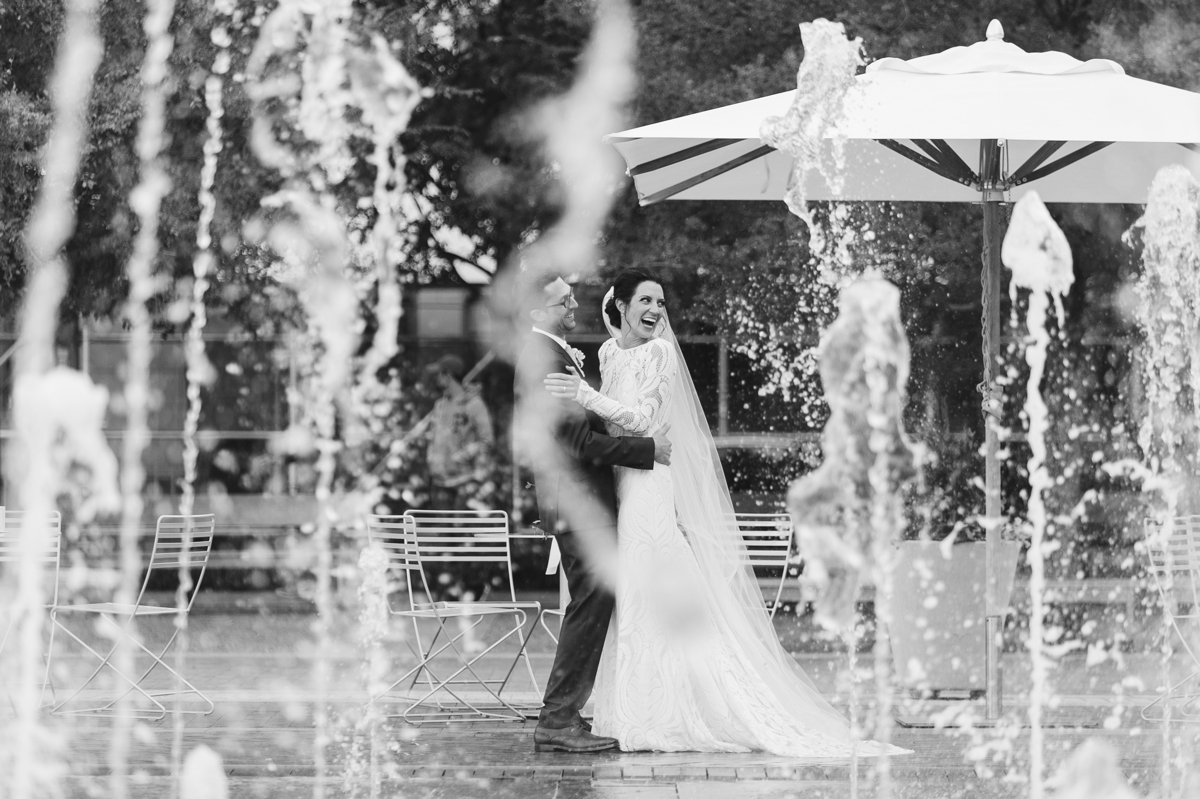 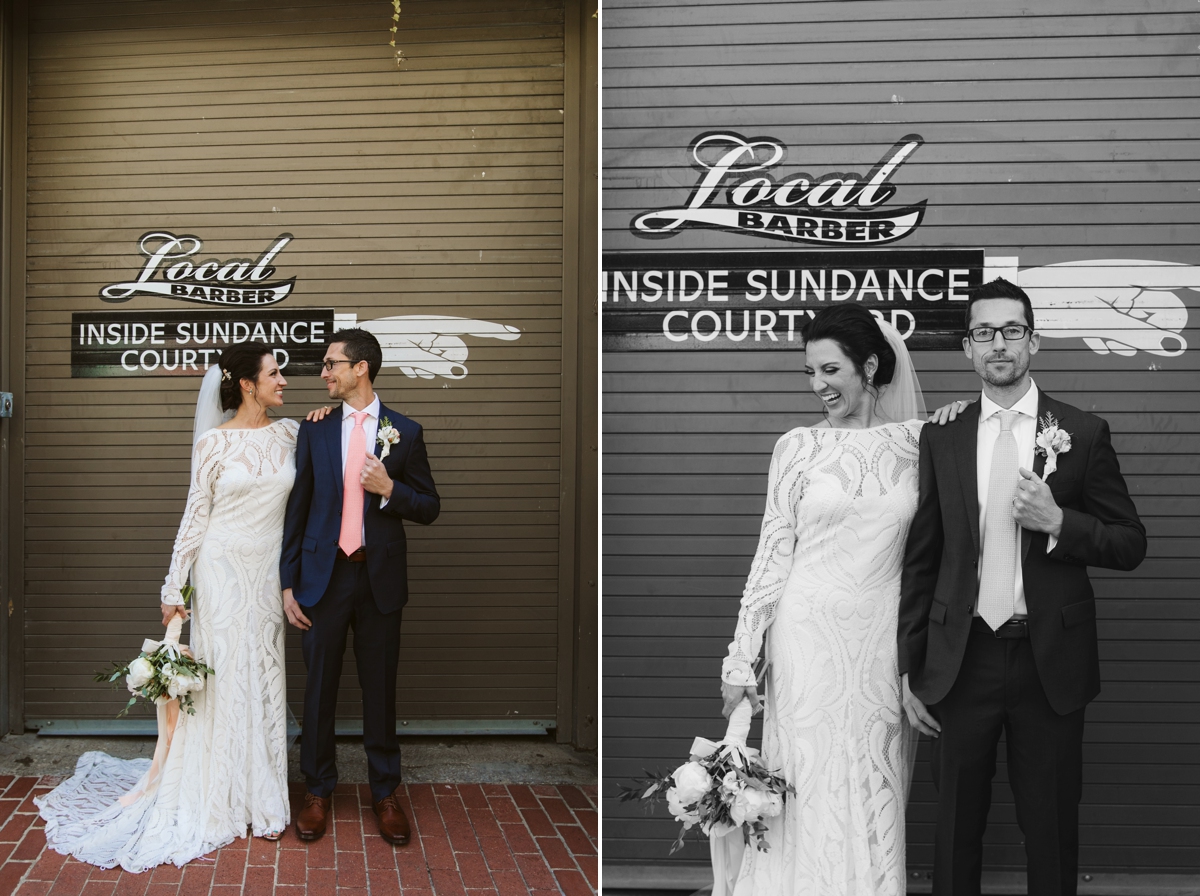 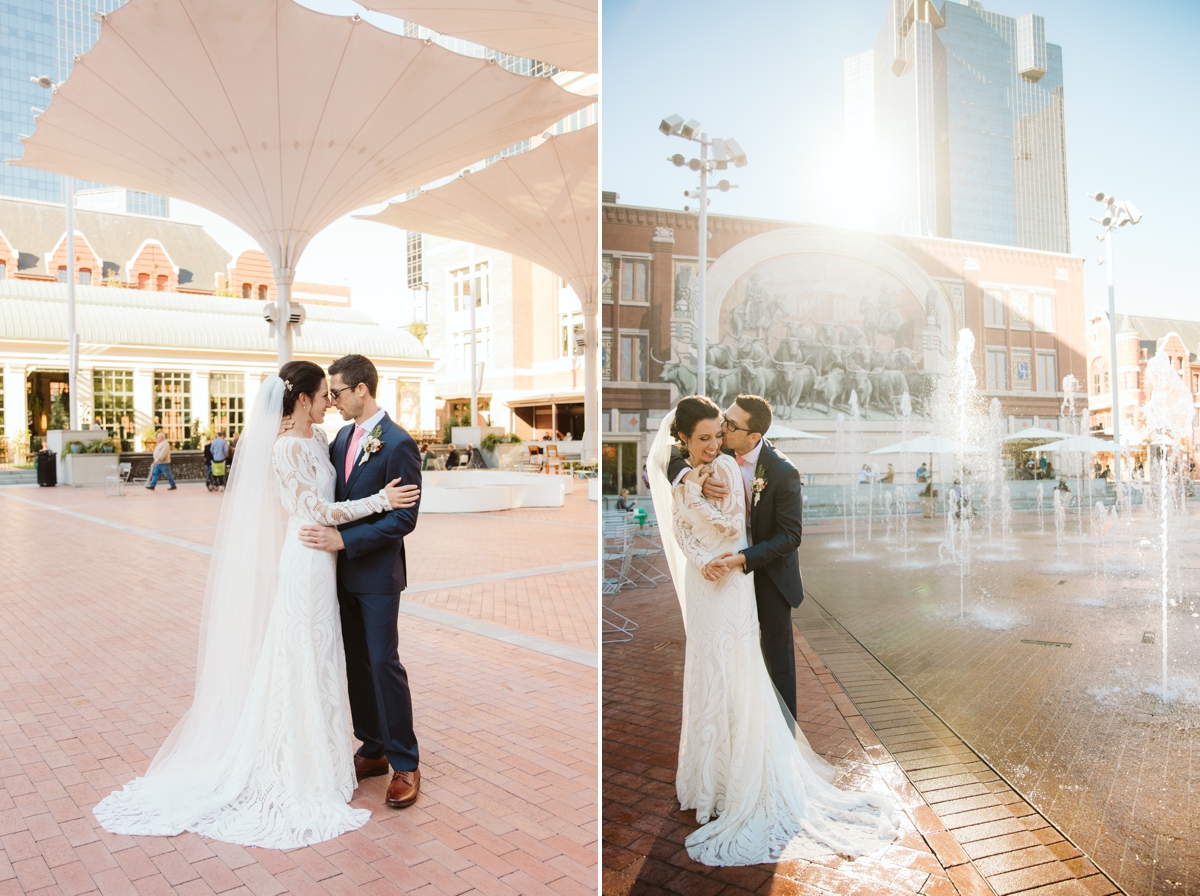 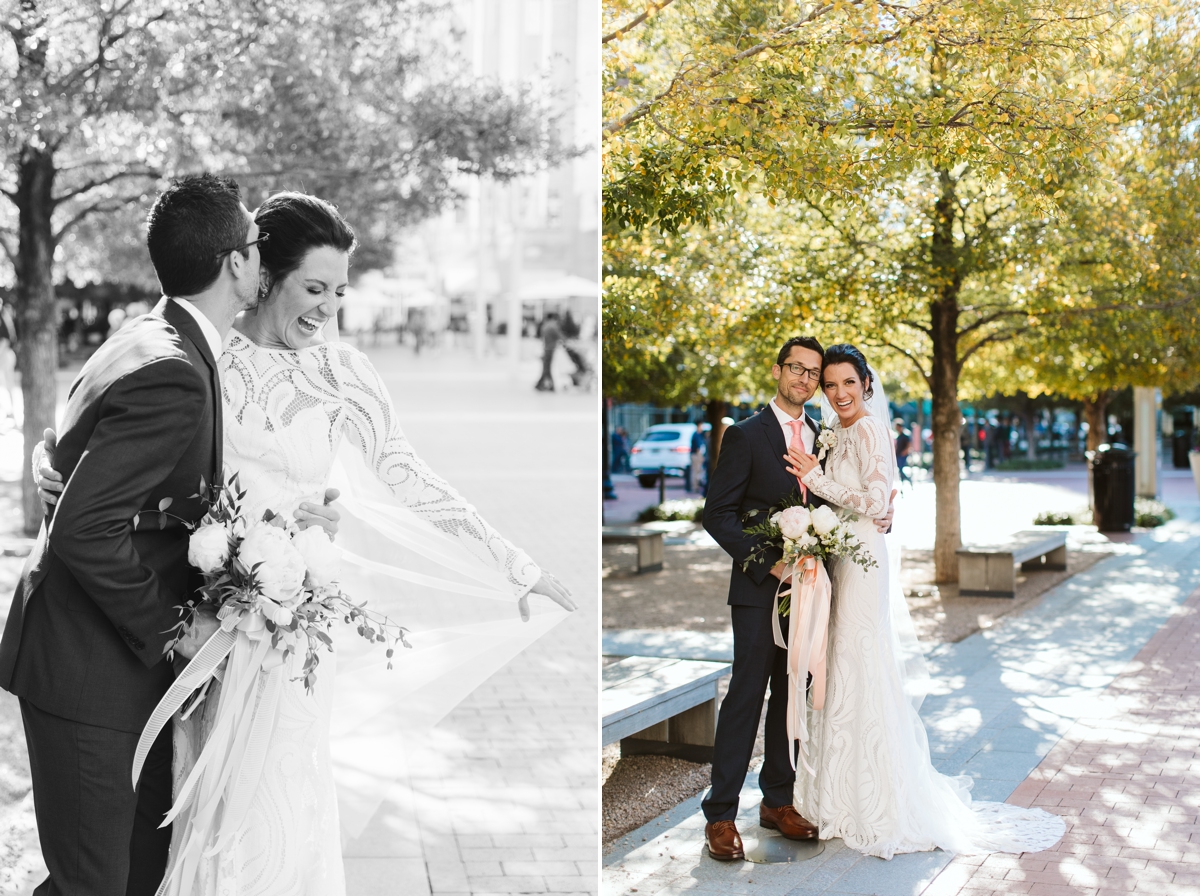 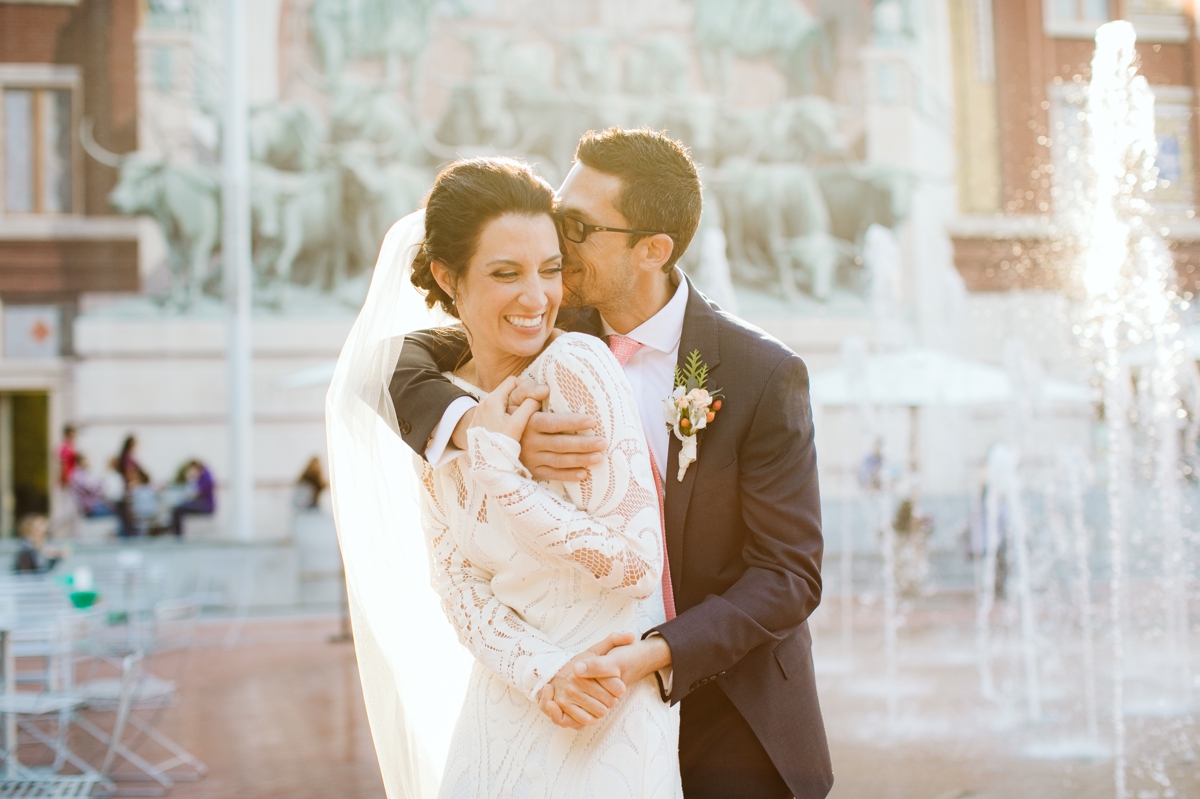 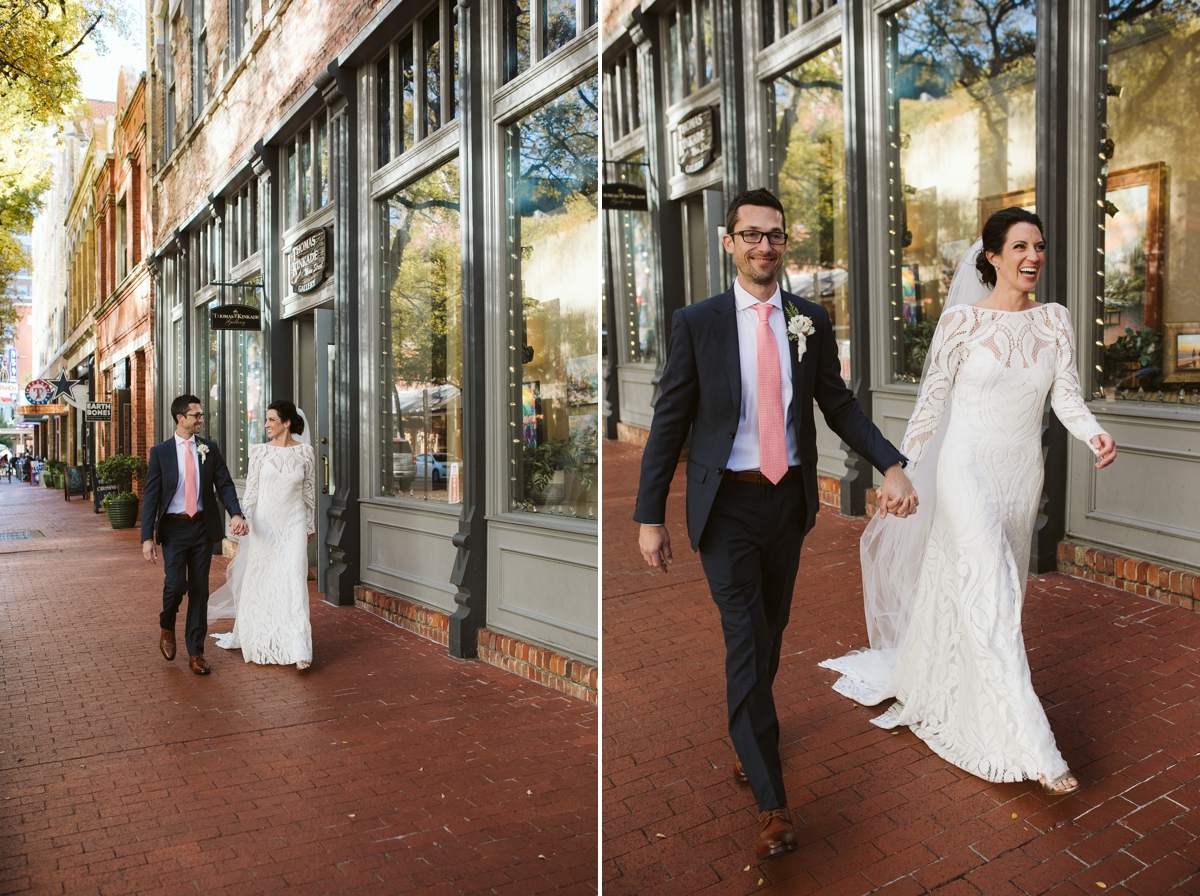 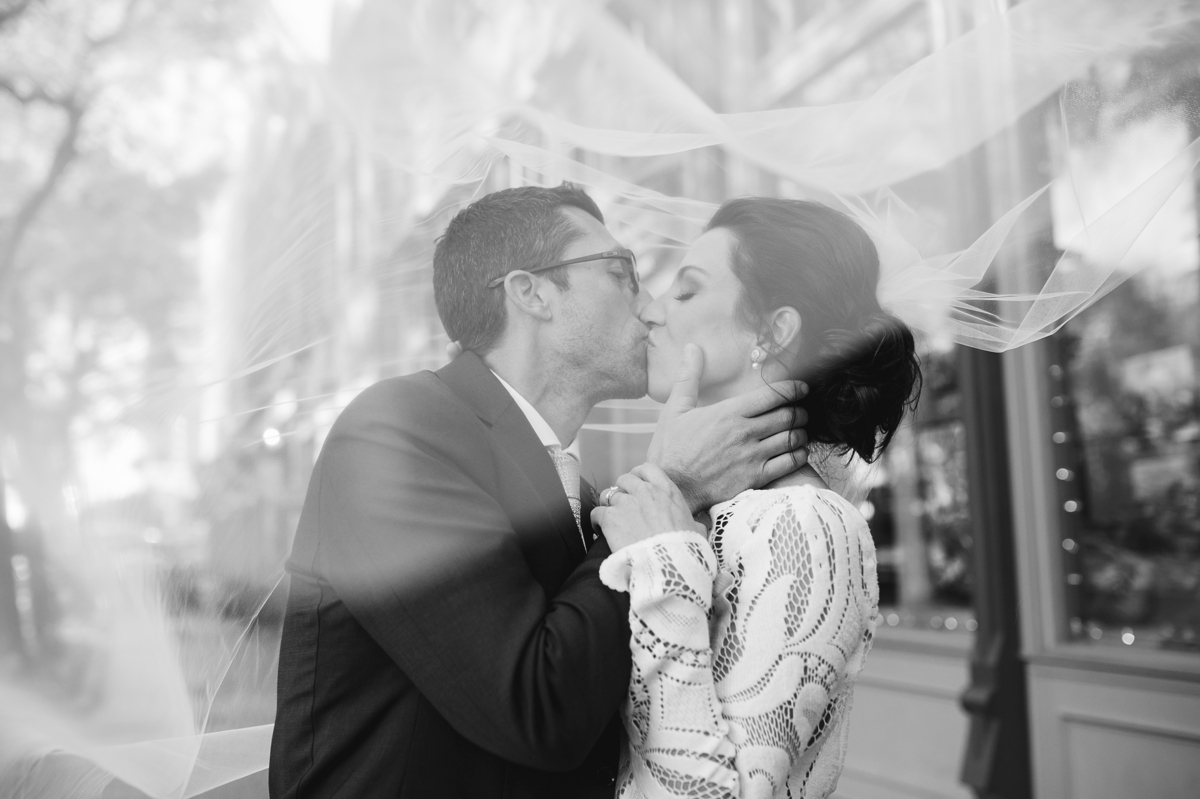 Credit goes to the love of my life, Marc, for capturing this incredible photo! I got a few shots myself, but his are better! Bonus of having two photographers, y’all. 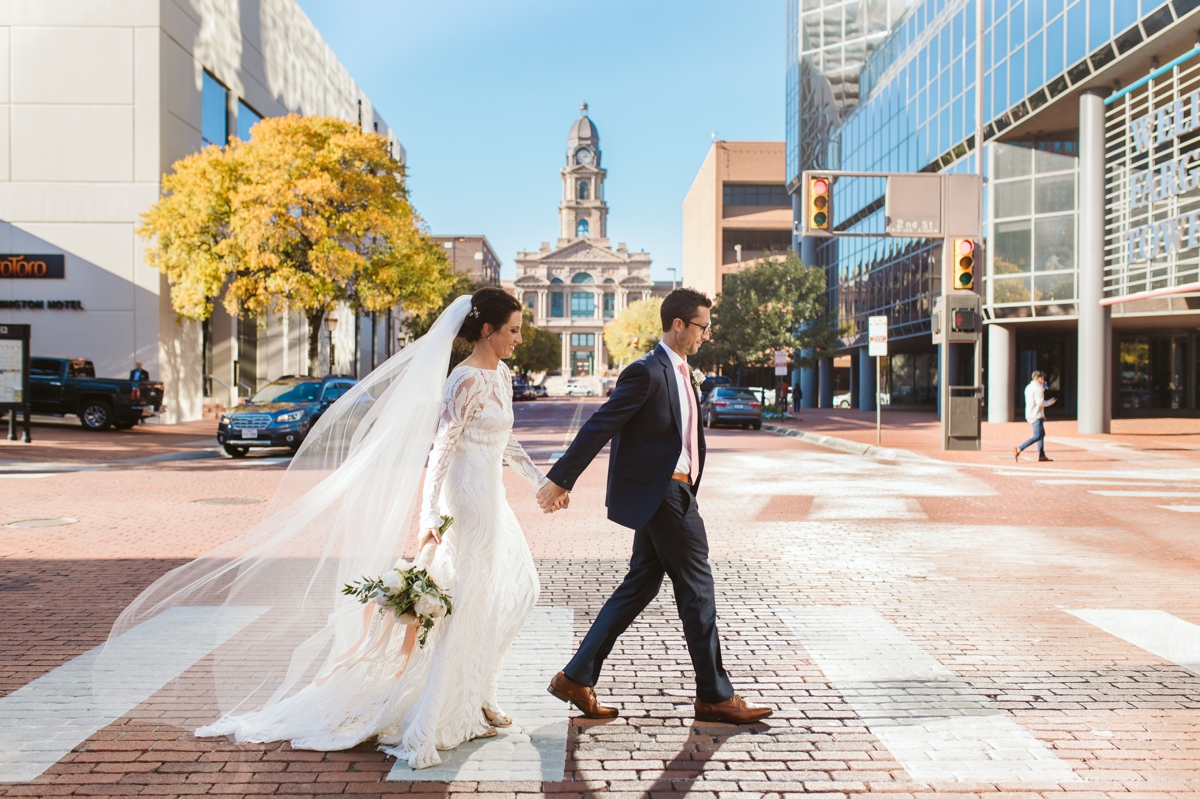 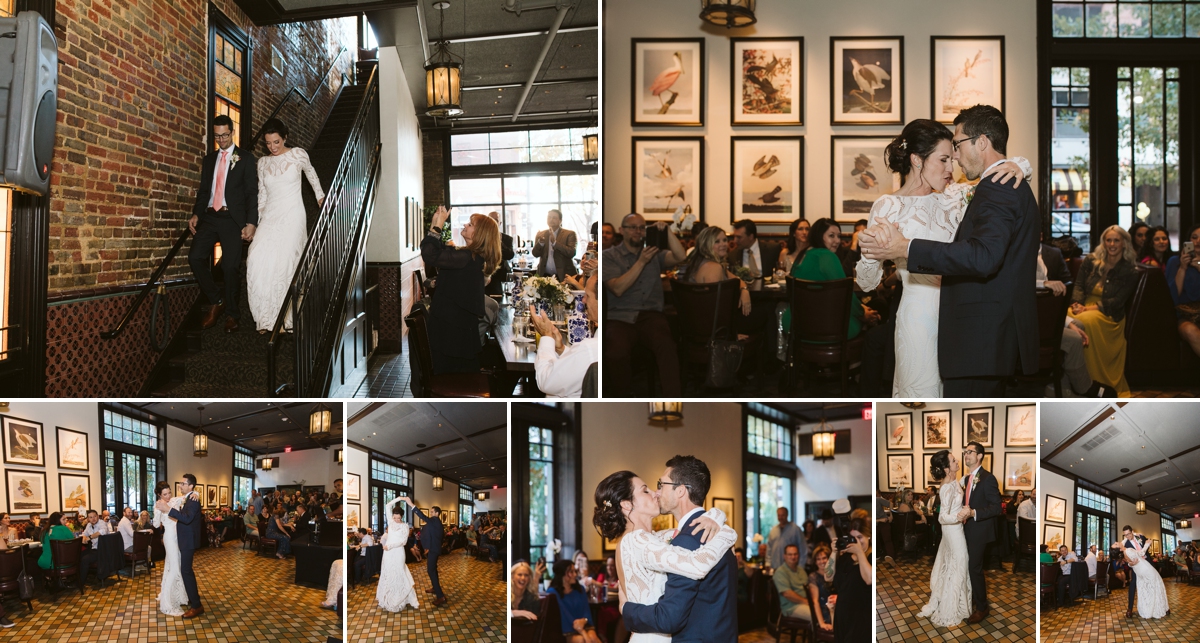 The progression of how (not) to hold a bride. 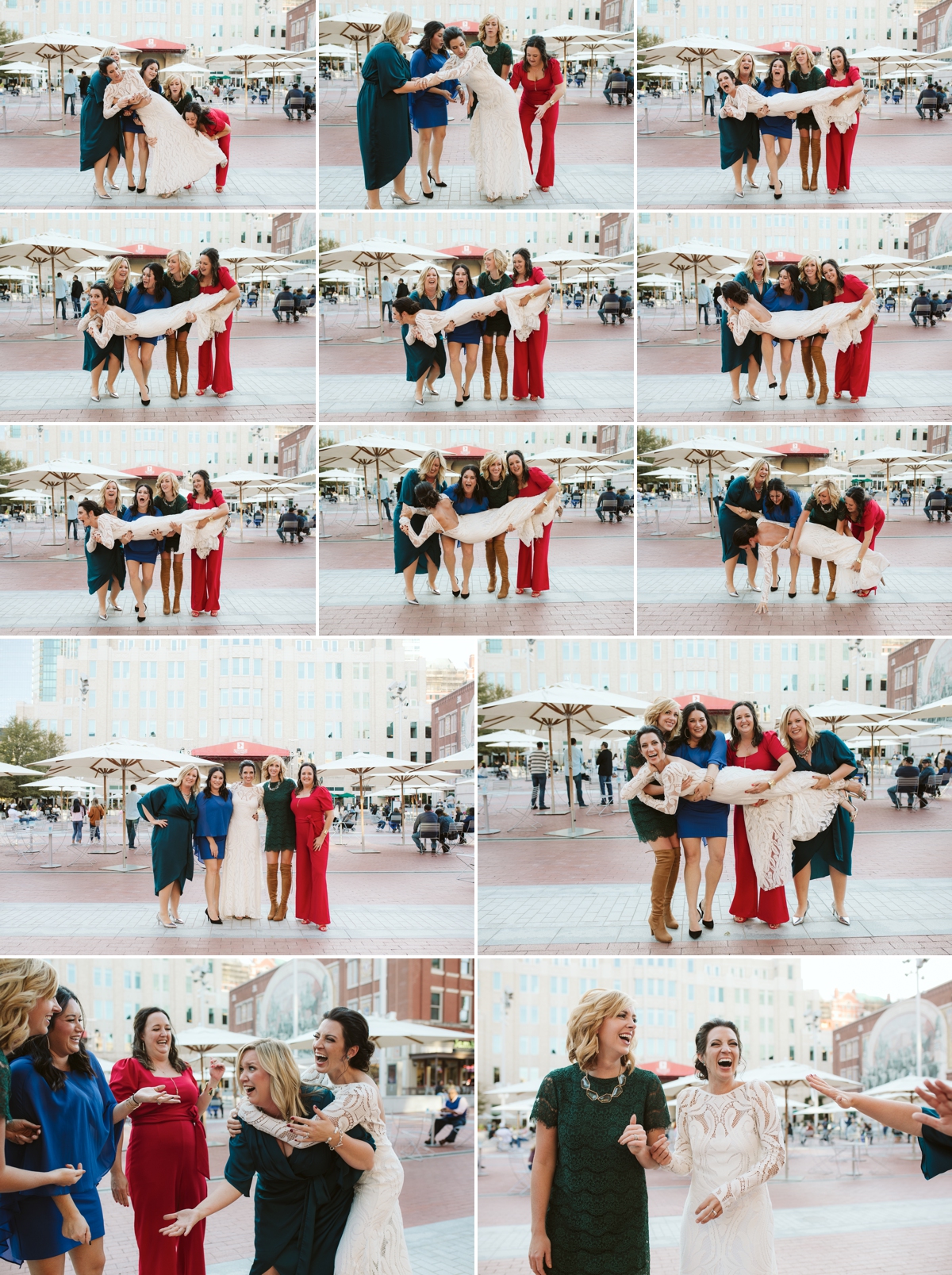 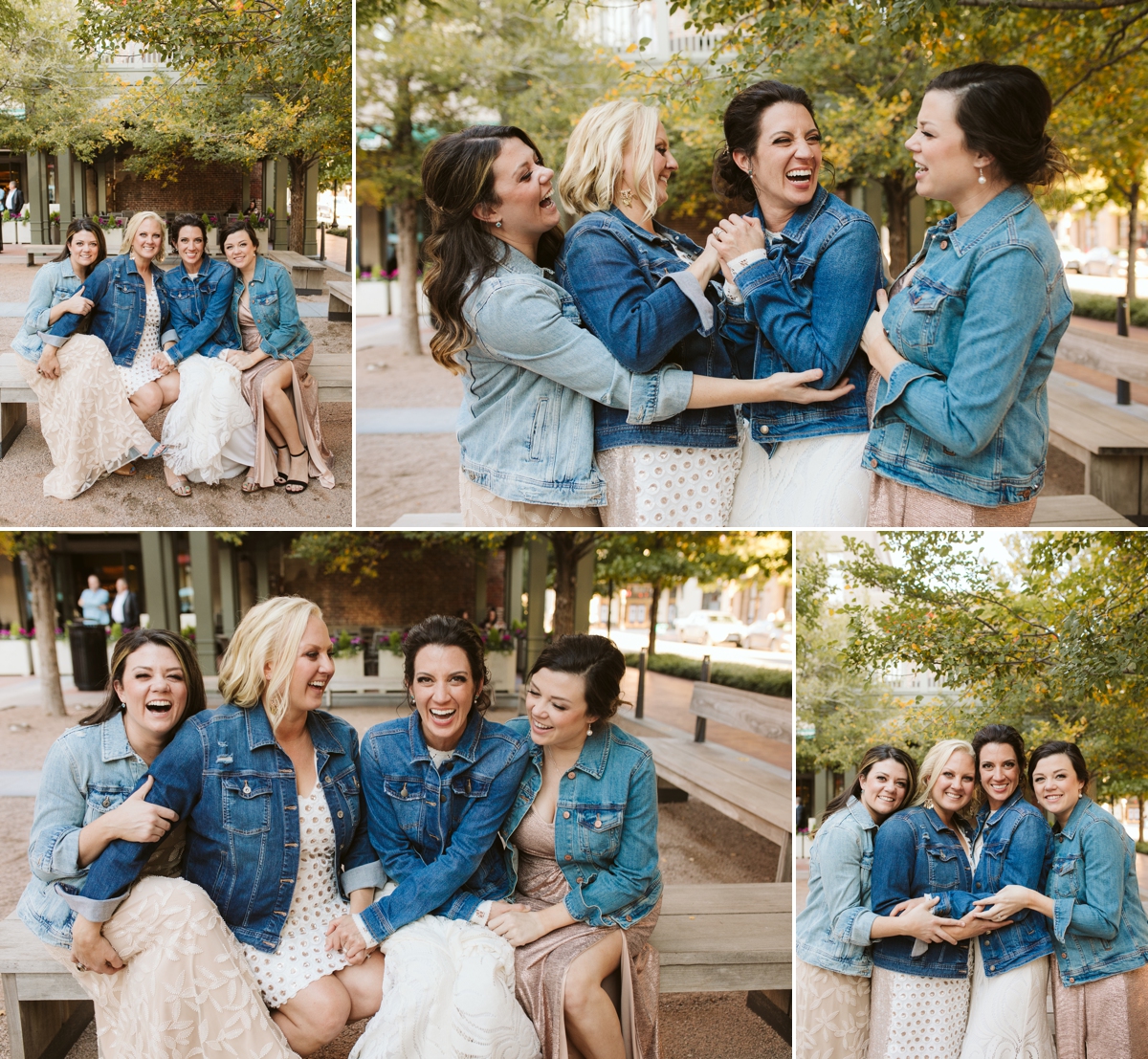 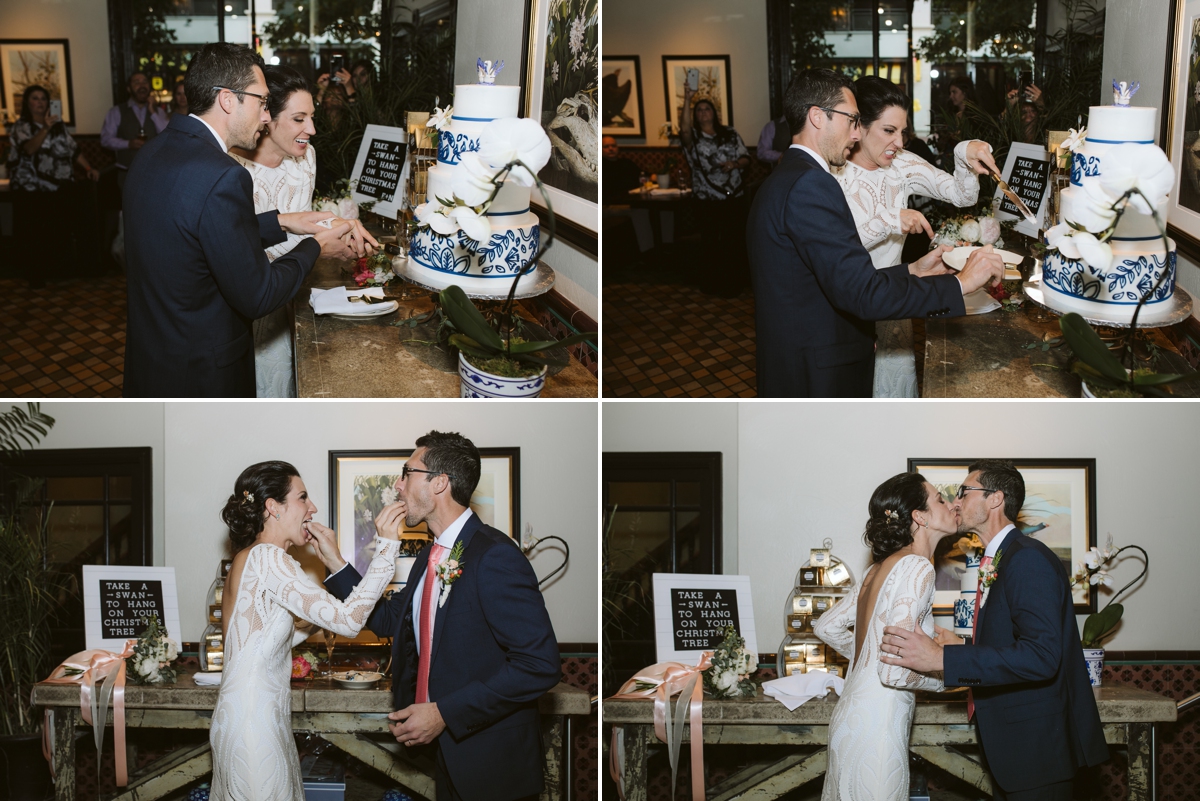 I’m convinced everything about this wedding was perfect. And if I had to pick a dream venue, I think that would be it!

where did the ceremony take place? Your photos are beautiful.

It was inside the Sundance Pavilion in Sundance Square! Thank you so much 🙂