Let’s be real: Magnolia avenue is the coolest street in Fort Worth. All the best coffee shops are there, it’s hella quirky, there’s always something new popping up, and that area loves to involve the FW community as much as possible. When Jen told me that’s somewhere that’s very near and dear to herself and her fiancé, I knew that we would get along. When she told me that their fur babies, Monkey and Snoop Dogg, would be joining in the photoshoot fun, we were basically best friends.

Let’s back it up a little bit: Tyler and Jen met their sophomore year of college in economics class. What started as sitting front row progressed into Jen taking tutoring with him, which later turned into weekly lunches together. After that semester, the two parted ways; but as luck would have it, Tyler and Jen ended up in another class together just a few months later. Knowing exactly what she wanted, it was Jen who asked Tyler out on their first date. Fast forward to 9 years later. Just a few weeks before their 9th anniversary, Tyler planned a surprise visit to San Antonio where they stayed in a hotel Jen had always admired and splurged on a five course dinner. After dinner, Tyler requested a photo of them together, which Jen immediately questioned as Tyler didn’t particularly enjoy being in front of the camera. Tyler led her to double doors, behind which were two photographers, music, candles, and floral arrangements. “I’d love to tell you what he said, but truthfully, I blacked out,” Jen told me. As if that wasn’t enough of a surprise, after Tyler popped the question, the double doors opened back up to reveal their very best friends and family, who had all come in (even with Hurricane Harvey looming close by) to share their love and support. In addition to her beautiful engagement ring, Jen also got a ring that shows just how committed and amazing Tyler is. He knew that her favorite movie is “Breakfast at Tiffany’s”, and in the movie Holly Golightly is presented with a Cracker Jack ring that was engraved at Tiffany’s. Tyler scoured all over and after much hunting and determination, he found a Cracker Jack ring–and it fit perfectly!!!! I think I may have screamed at my computer a little bit because I’m a hopeless romantic at heart and their love story is so freaking perfect that I just can’t even!!!! Learning their love story just solidified for me that these are my people and I just knew that their engagement session would be amazeballs. And yes, yes it was.

We met up in January for their session, and as luck would have it, it was both chilly AND the Cowtown Marathon was in progress exactly where the photos were taking place. Rather than getting frustrated, I said “Hell yes!” because the entire street was blocked off from traffic, and we ended up utilizing the runners to create something a little out of the ordinary. After a ton of fun and laughs, we went over to Craftwork Coffee for a consultation, where they booked me for their wedding in MEXICO!!! That’s right y’all. We’re going international for this wedding. It’s going to be one hell of a fiesta! 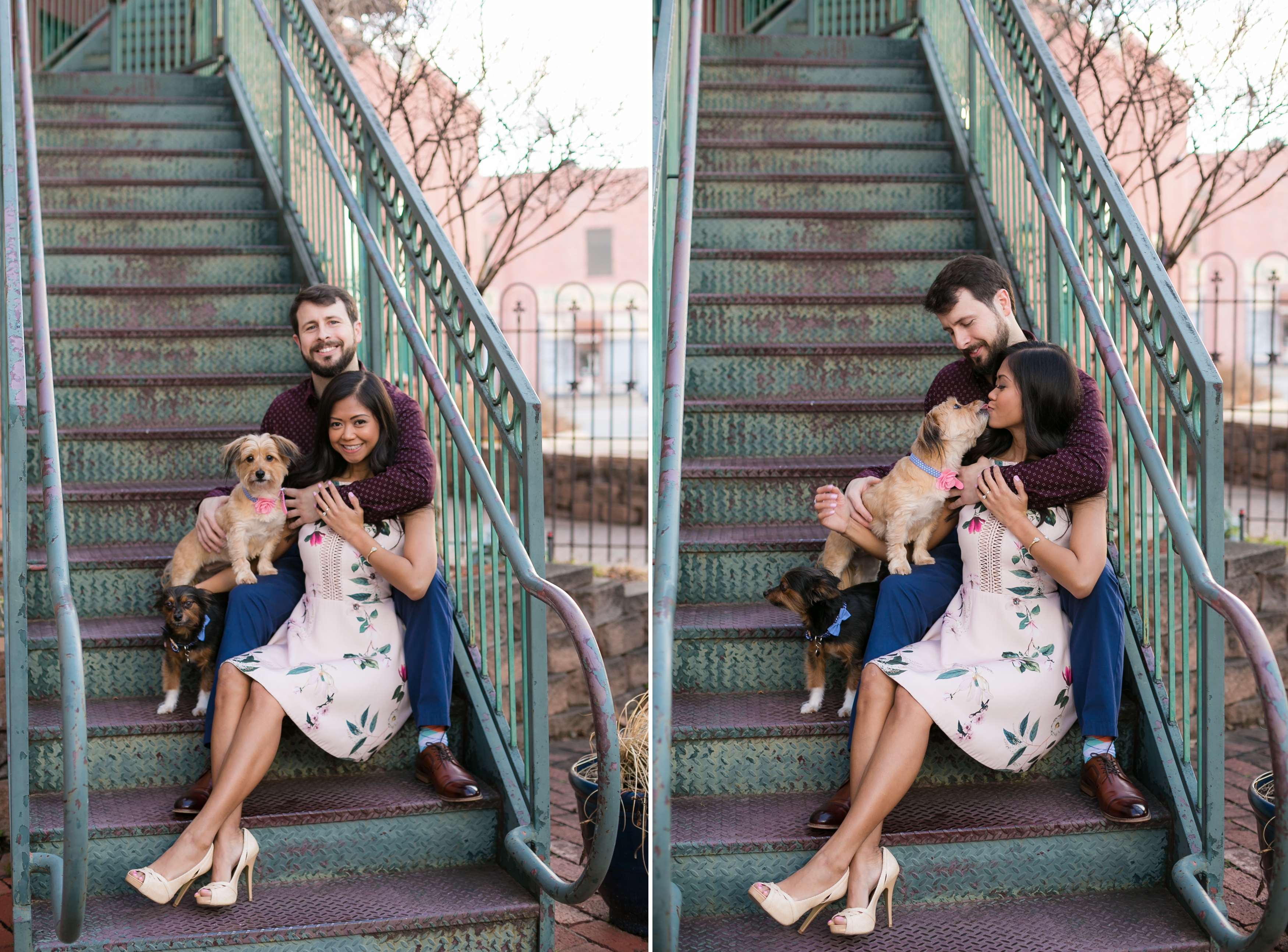 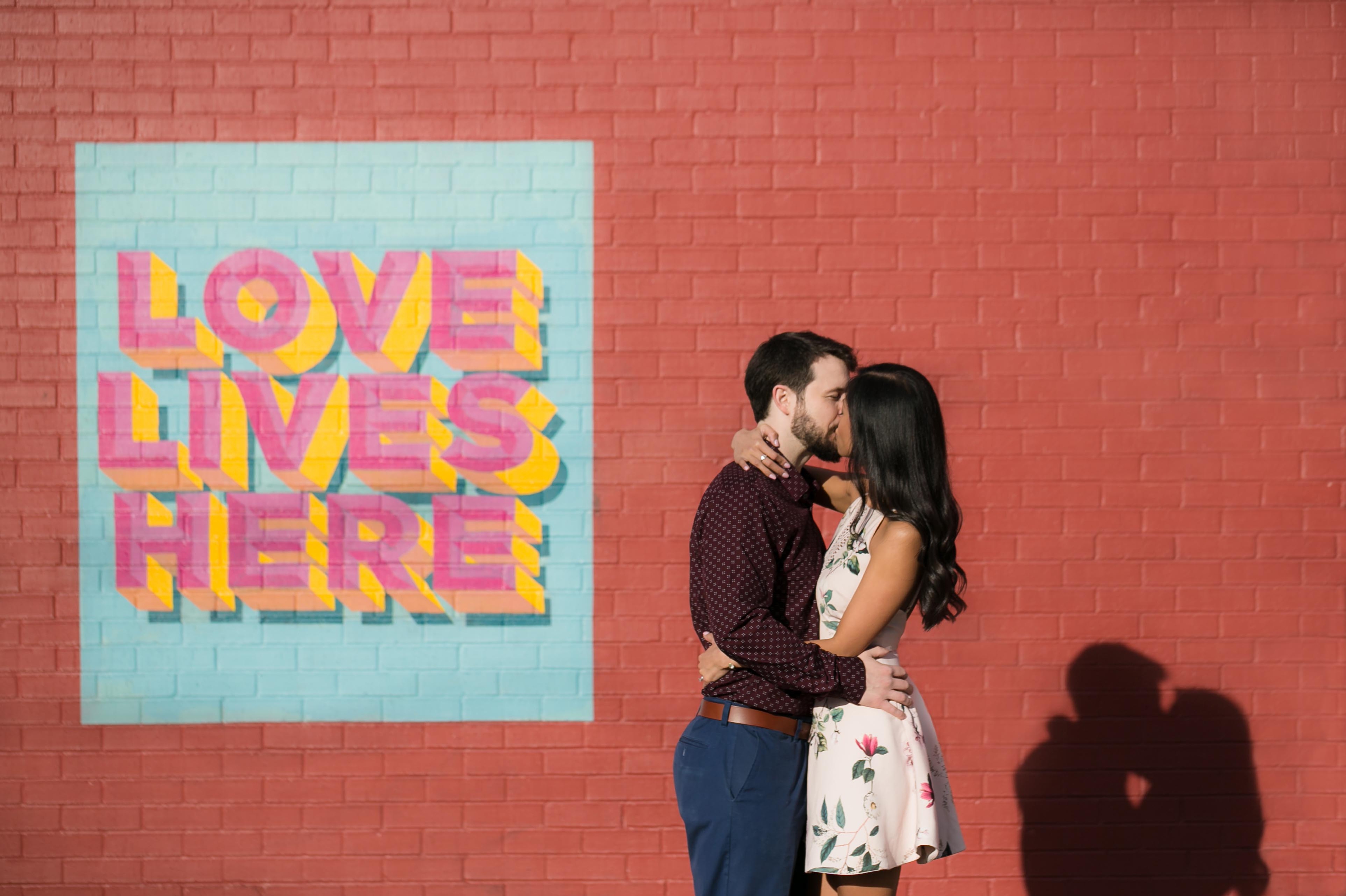 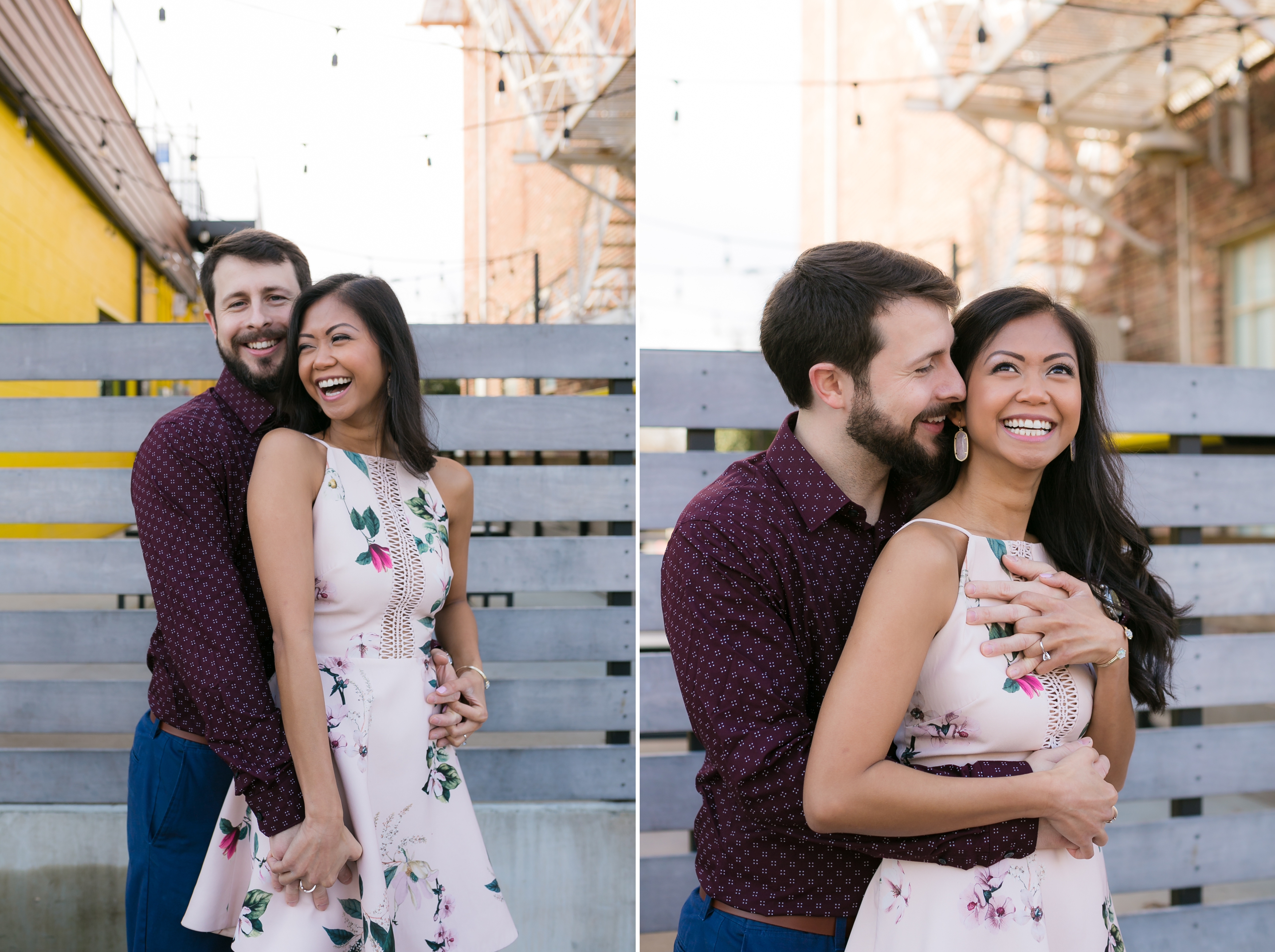 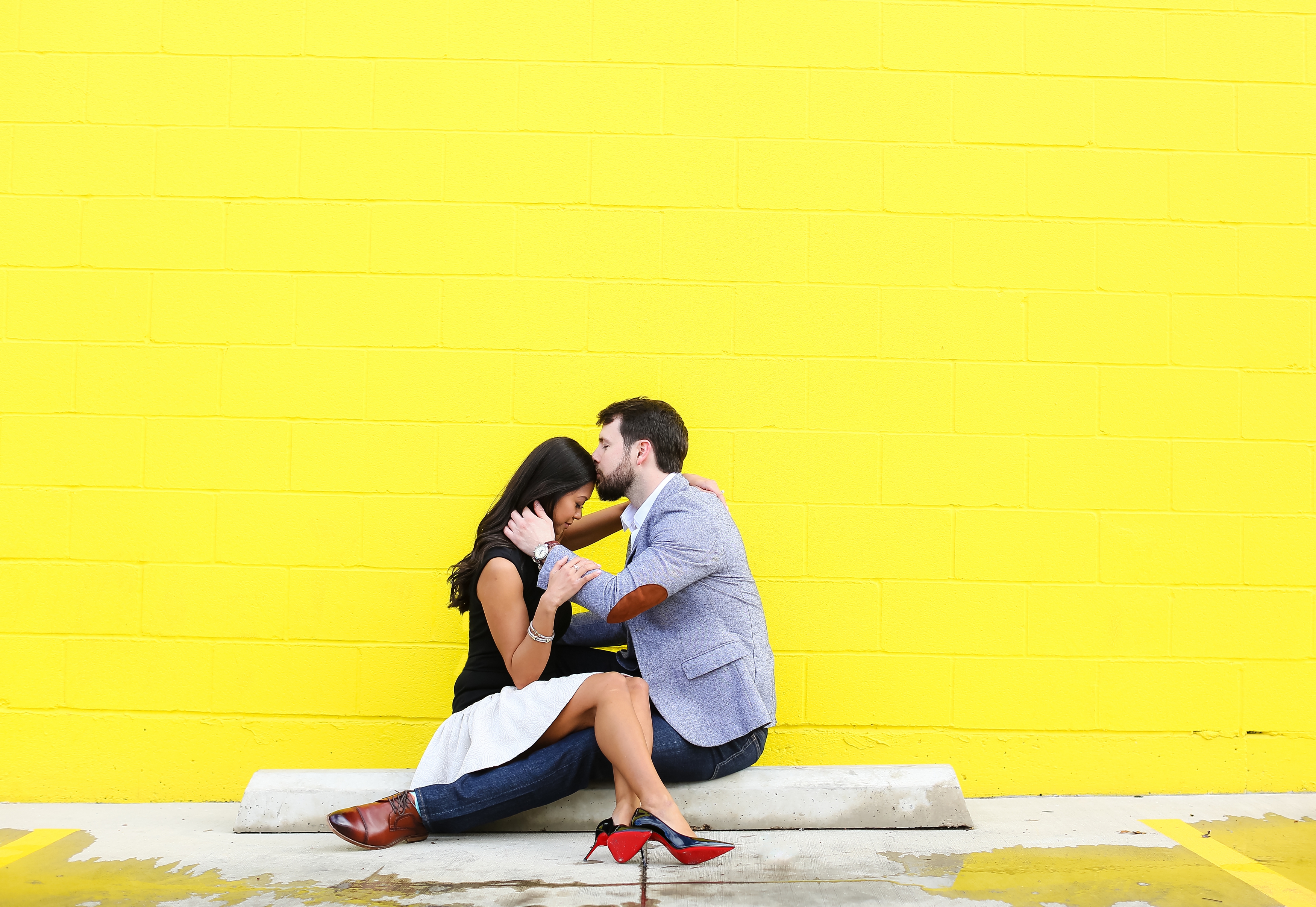 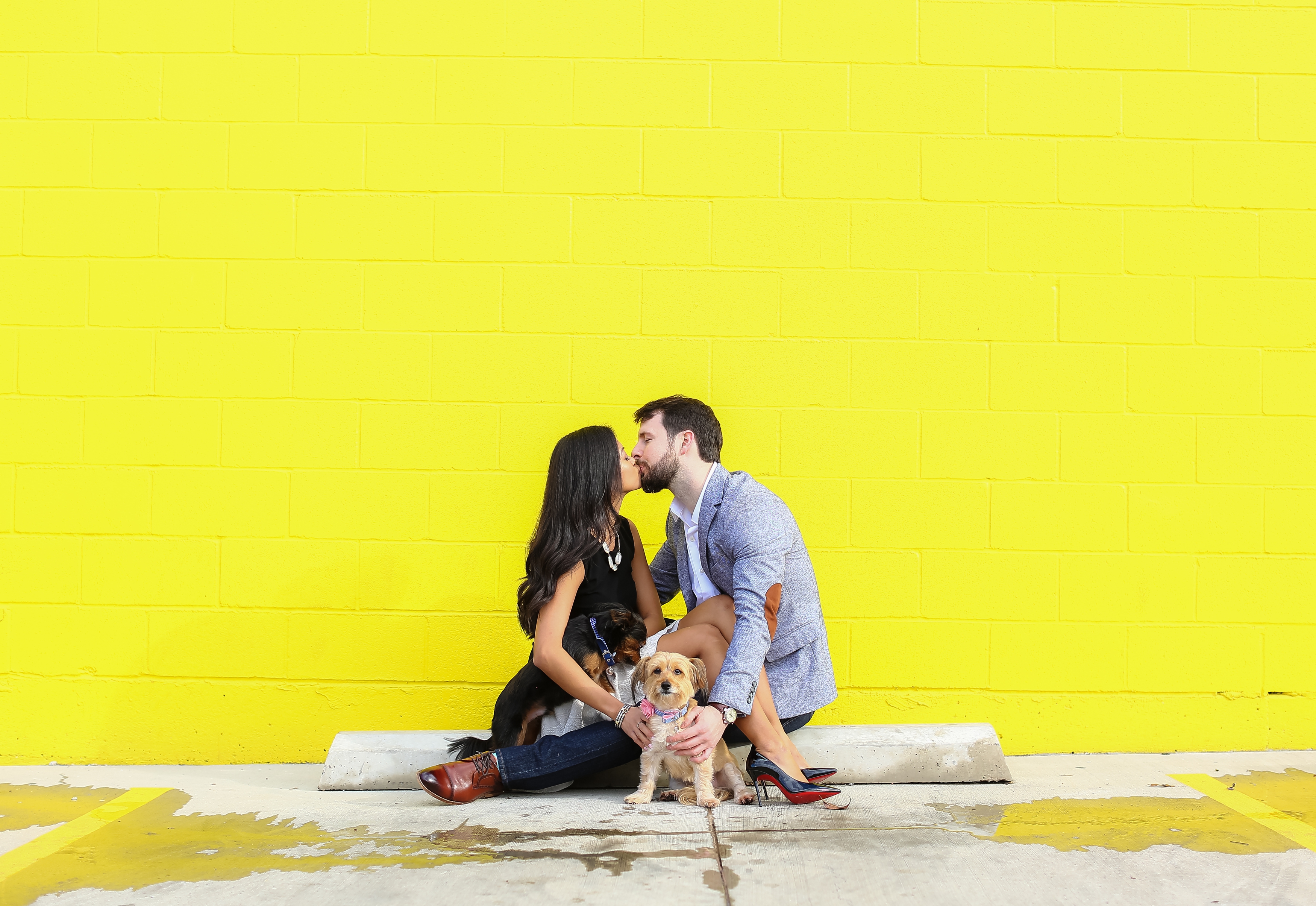 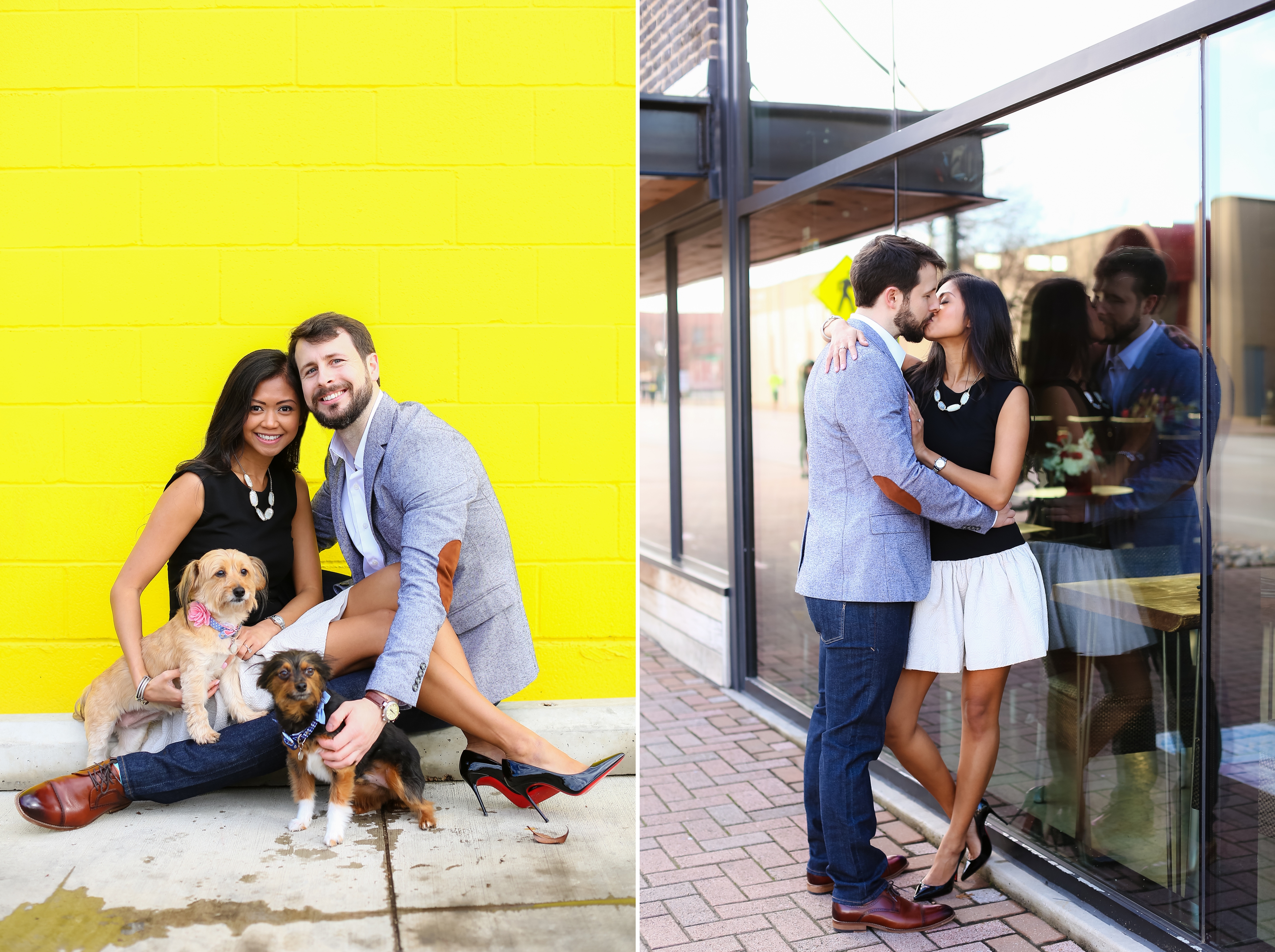 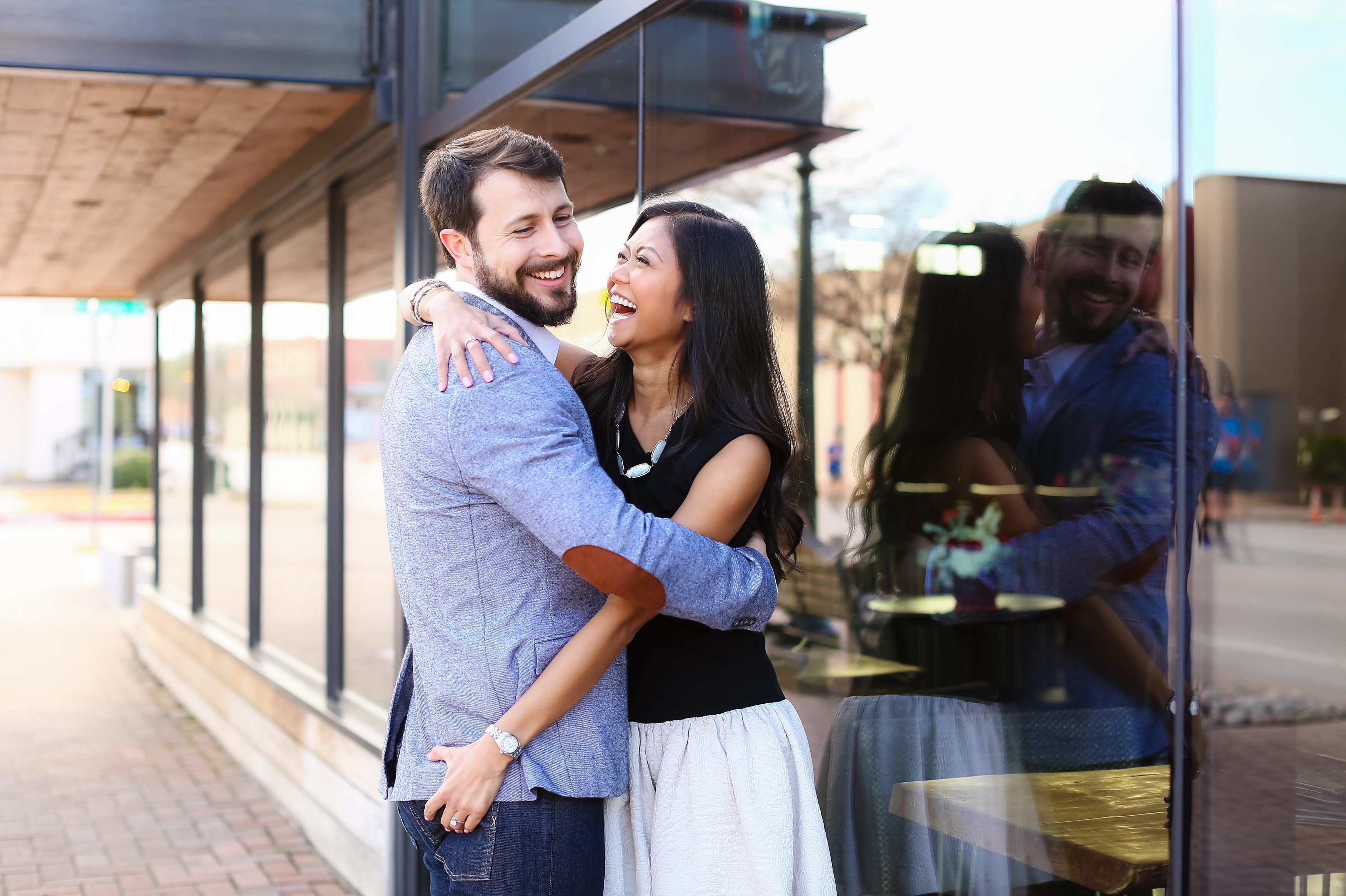 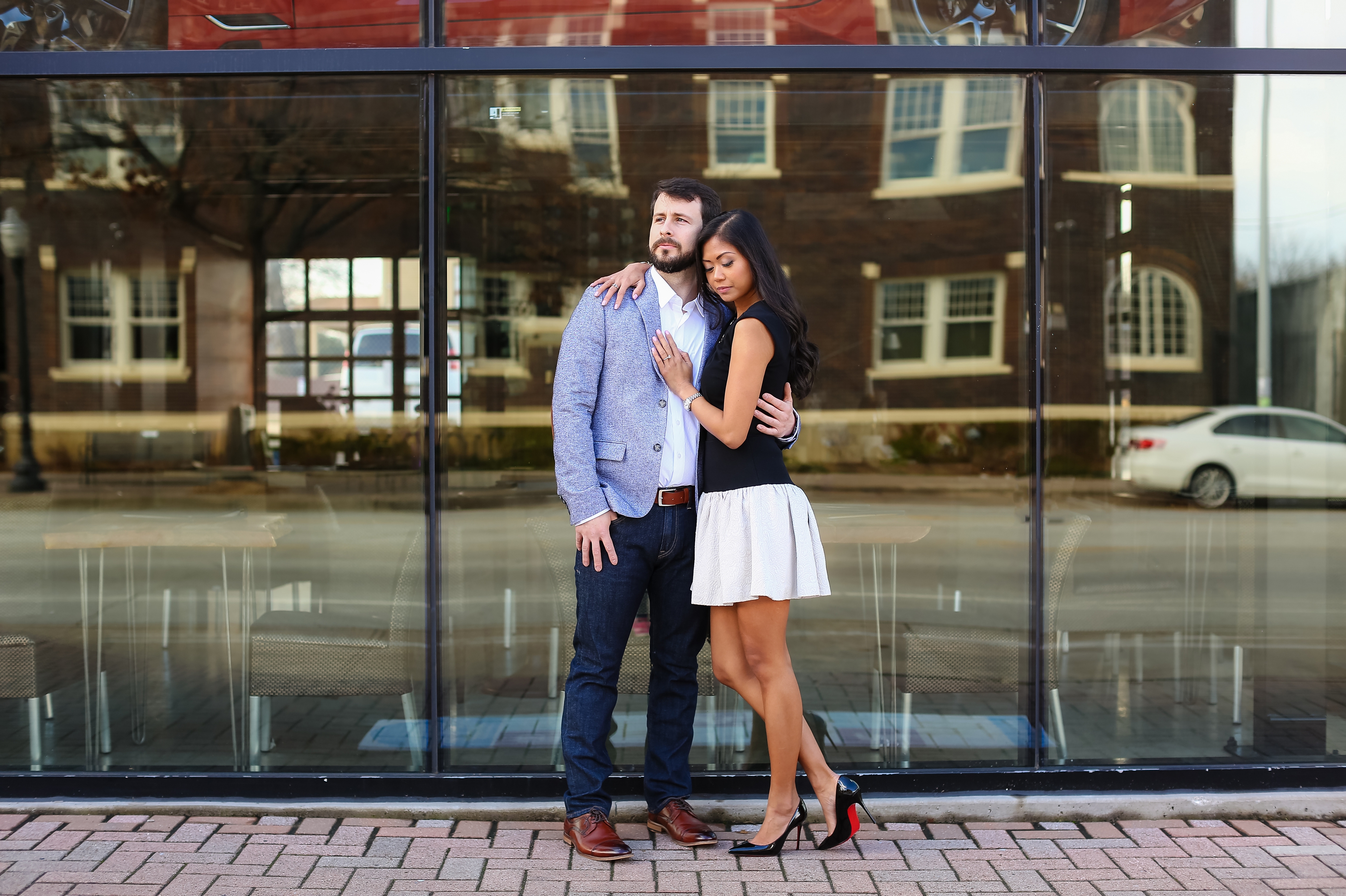 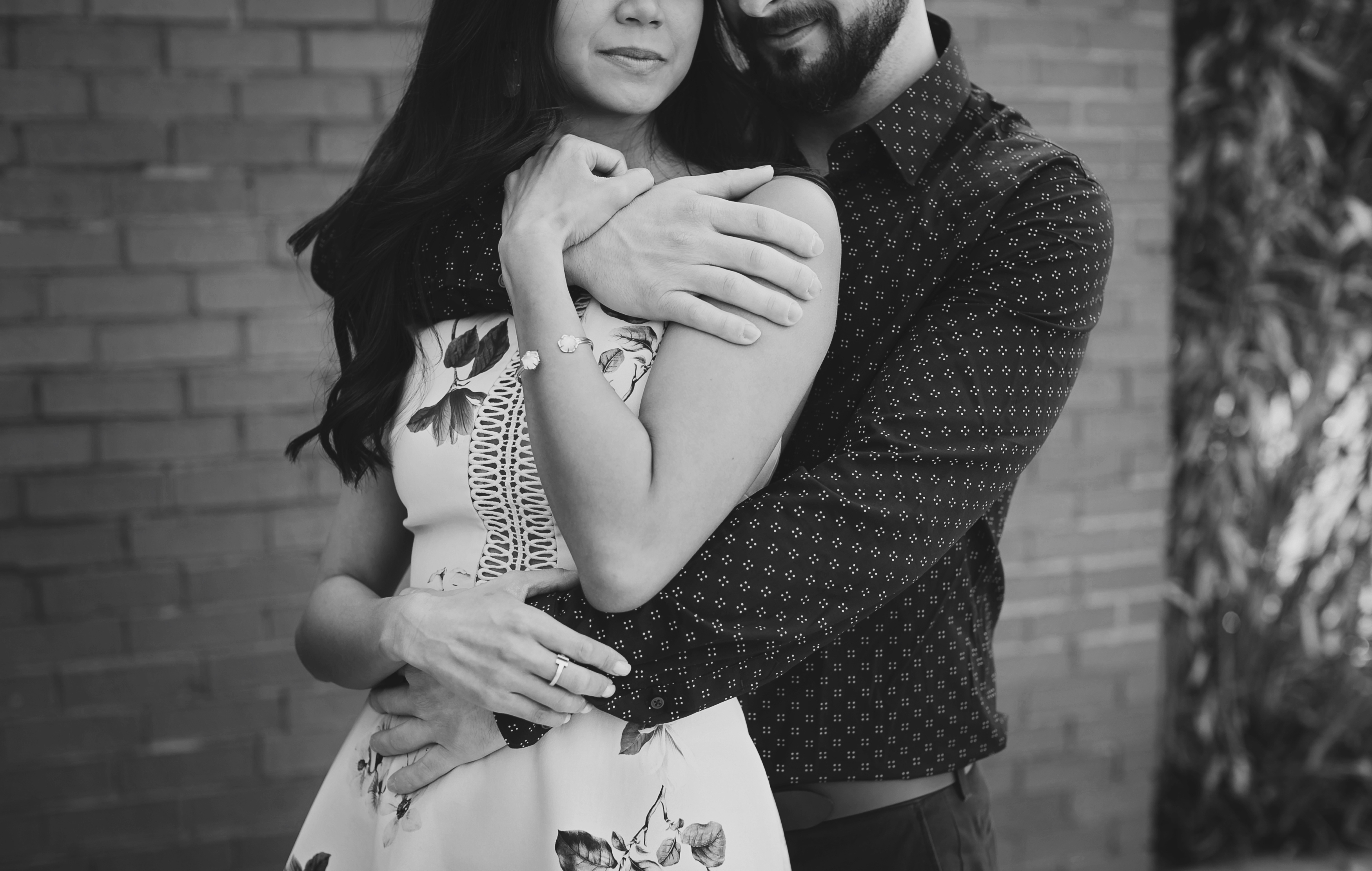 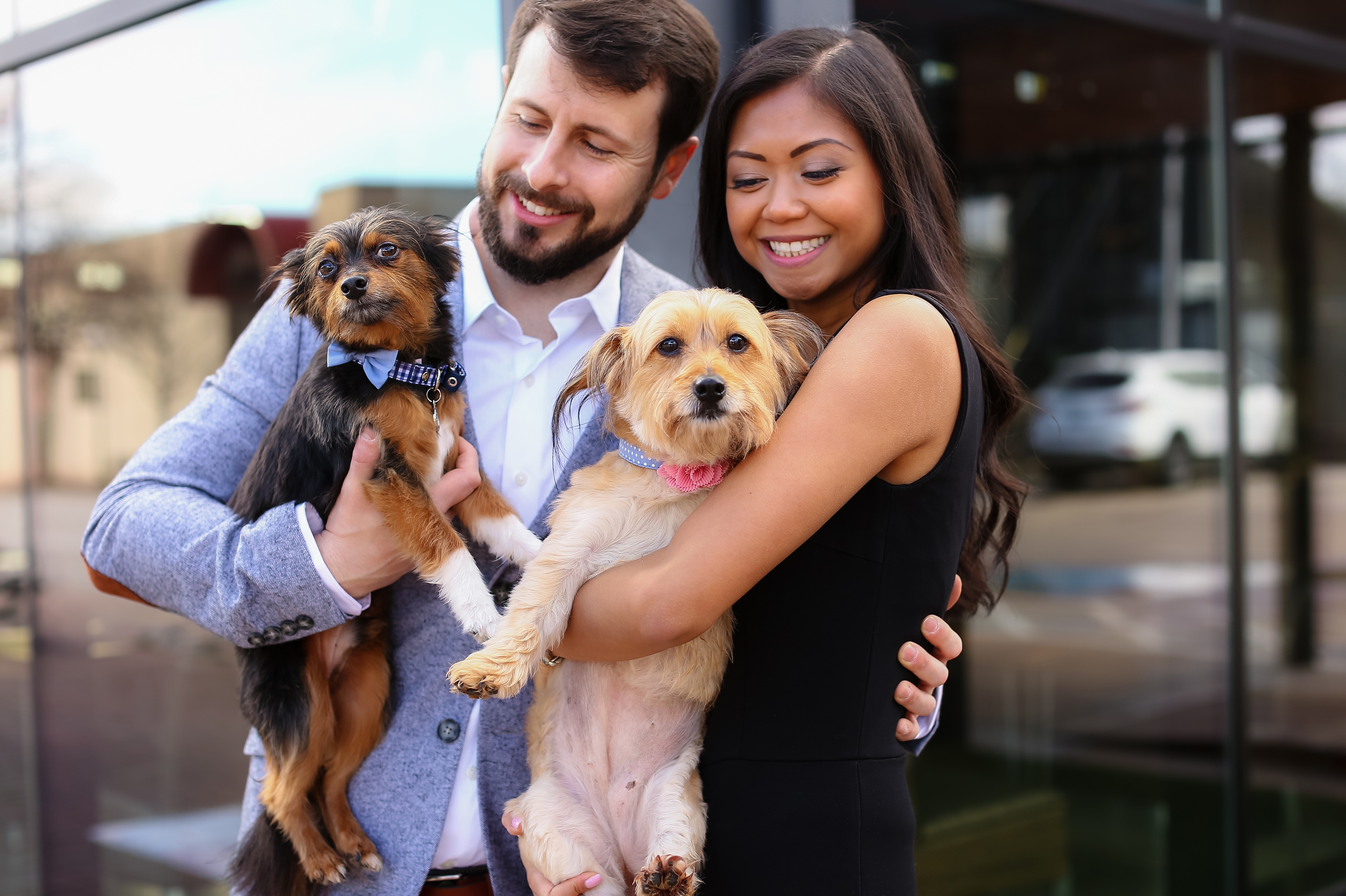 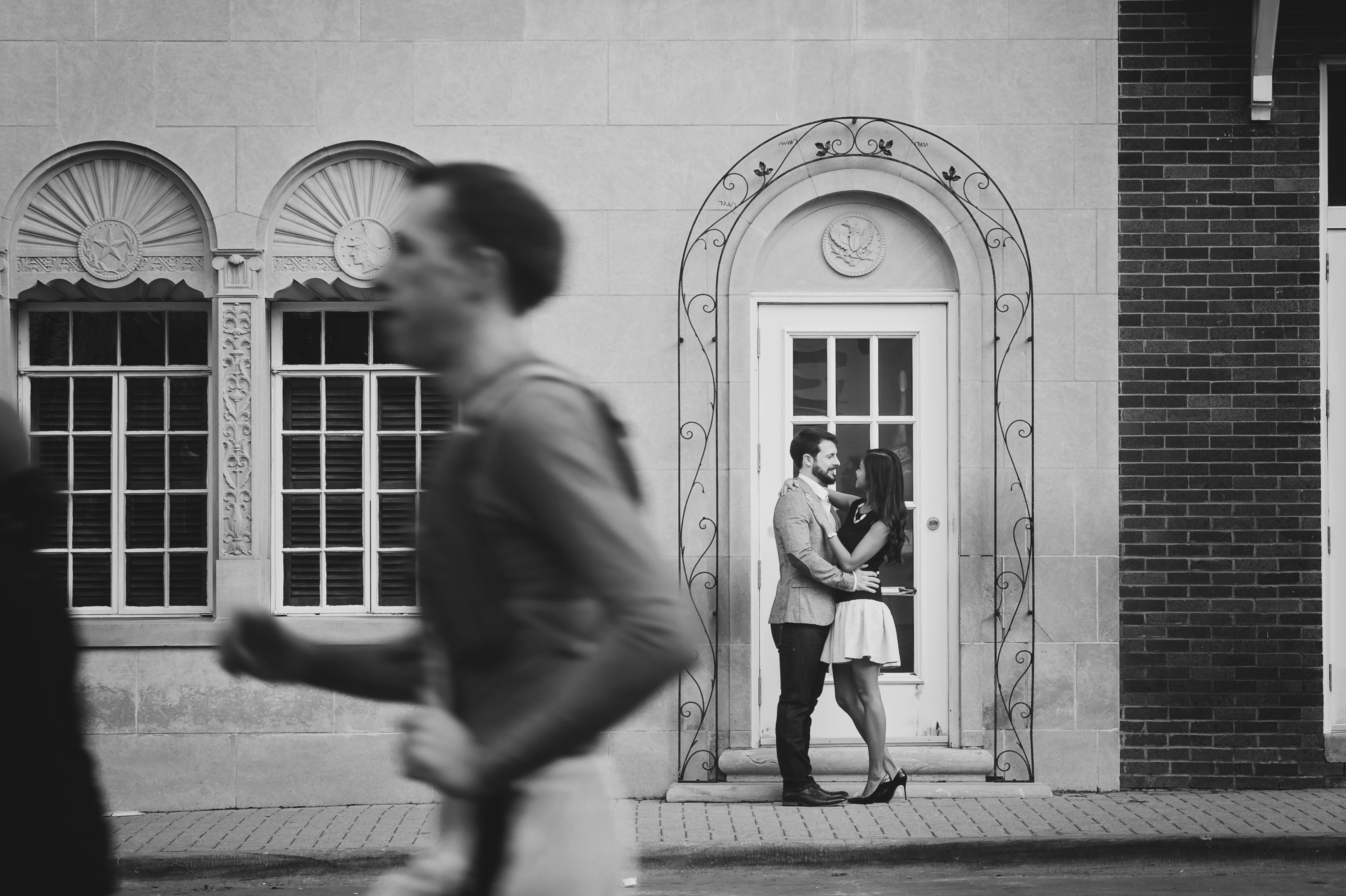 Seriously, so much fun. Also, if you’re a bride who’s reading this: book me and bring your dog to your engagement session! For real.

Jen & Tyler, I am so excited for our adventures together! Congratulations again! 😀

[…] Wedding Giveaway we hosted earlier this year and you’ll probably recognize them from their engagement blog posted here (you’ll want to click that link to read their love story. It’s amazing, I promise). Not […]

Mr. & Mrs. Casterlin: a spring wedding at The Orchard