From April 23-27 I spent time with about 150 other creatives at a photography workshop in Tennessee. I had booked my ticket back in 2016 when I saw the lineup of photographers who I’ve admired for years. I had been so excited for this camp for months, y’all. If you know me personally, then you are aware that I suffer from anxiety and I’m an extreme introvert. I’m so socially awkward it hurts. It’s so bad that I’ve had people tell me (after they get to know me, of course) that they just thought I was a stuck up b**** because I wouldn’t approach anyone. It sucks to hear, and it’s the furthest thing from the truth, I just usually can’t bring myself to just walk up to people and open up. If someone approaches me, then it’s all fine, but it’s me taking the first step that’s the hard part. I went alone to Tennessee, which was about 13 hours away from home, one way. I didn’t know anyone personally, just a few casual FB acquaintances. I even posted in the Facebook group for the workshop about a week out letting people know how awkward and introverted I am. I was assured that there were a ton of people that were the same way, so I felt so much more comfortable going into it. When I drove up to the camp, my anxiety started to creep in. I shook it off and just went in to register, immediately striking up conversation with my soon-to-be roommate, Melissa. After getting signed in, I went to my cabin to begin unloading my stuff and was invited by a large group to come get a beer. While part of me was excited to be invited and involved already, the other part of me was screaming internally and I literally ran the other way, making the excuse that I had to keep unpacking. A few minutes later I convinced myself to go up, but hovered on the edges, doing my best to make conversation. How hard could it be? Everyone in the group were all there for the same reasons as me. So why couldn’t I just let go? The night went on and dinner was served. I was relieved to find a table with other quiet introverts where we could make casual conversation and people watch. I pretty much fangirled when I saw Ben Sasso and Ryan Muirhead (they’re the 2 I really wanted to learn from) and everyone at the table kind of laughed at me. Fast forward to 10:30 p.m. and Melissa and I decided to check in to the inn at the state park due to bathroom privacy issues. In hindsight, I feel like in doing so, I missed out on a lot of the connections from actually staying in the campground, but that room was almost a sanctuary to me at certain points. If you’re not an introvert, you probably don’t understand that being around large groups of people literally suck the energy out of you. The mornings were fine, but by night 2, I couldn’t even stay long enough to hear all of the speakers (sorry Benj Haisch!) because my anxiety was taking over so bad. After being so excited about this camp, the last thing I expected to do was hide away in a hotel room and cry… yet that happened on more than one occasion. As I sit here in my cozy little office at home, I’m so mad at myself for not just staying. Even after listening to Keely Montoya speak about overcoming anxiety, I couldn’t do it. I left on Wednesday evening in the middle of the styled shoots because I just couldn’t do it anymore. Instead of saying goodbye to the friends I made and photographing the beautiful models that were brought in for us in this gorgeous state park, I packed up my toaster on wheels and drove away, sobbing and so angry with myself. I should’ve gone up to the groups that I heard were going to shoot at the waterfalls or the suspension bridge. I should’ve just battled the feeling inside me harder. Instead I lost. I lost to my crippling anxiety. I lost out on making some gorgeous images in one of the most beautiful places I’ve ever been. I lost out on meeting some amazing people. I lost to the voice in my head saying I wasn’t good enough and that no one liked me.

It wasn’t all bad, though. The classes themselves were so, so, so informative. I came away with so much that I know it was worth it. Katch Silva reassured me that I was doing a good job and how to foster real emotions with my clients. Chad Braithwaite taught me to always have a backup or 5, and then when you have those in place, add in a couple more because losing images is not fun. Hearing the horror stories about corrupt cards, unhappy clients, theft, lawsuits, and melted computers from him and some of the other attendees made me cringe, but Chad’s Minion onesie definitely helped lighten the mood. Margaret Jacobsen taught me to see humanity everywhere and to “give no fucks” (**I apologize for anyone reading this that doesn’t like profanity. I, myself, swear pretty heavily, but I do my best to keep it in check around clients**). Sara Byrne spoke of confidence, brand building, and just being yourself, both in your business persona and how you actually are. Sam Hurd blew my mind with his magical in-camera creations. Cody Harris re-ignited my passion for travel (as if it needed it. My wanderlust is at an all time high right now), and explained that practice really does make perfect. No matter how long you’ve been a photographer or your skill level, everyone needs to practice. I do believe I was one of the first ones in the room for Ben Sasso’s class. He’s been one of my favorites for several years now, and his lesson about posing and directing did not disappoint. He also left us all with some pretty memorable quotes, like, “FUCK YEAH! I stayed that bitch DEAD!” and “We all have oceans of art inside us. Don’t let it die within you.” Ok, ok, so the first one was just for laughs. And sometimes even he isn’t pleased with every single shoot. The other one is so true. As photographers, we’re artists. We don’t just have a camera and click a button for a paycheck. For me, photography is about documenting different parts of life, savoring a moment that will otherwise be gone. My Dad has Alzheimer’s, and the photos of him throughout his life are so incredibly precious to me. He doesn’t really recognize me anymore, but sometimes when you show him photos from the past, he lights up and will occasionally tell you about what was happening in his life at the time. Gabe McClintock’s lesson segued pretty well from Ben’s, in that you need to create from the heart. “Create work from a personal place, not a public place,” he said. “Be honest with yourself and realize that you’re comparing your worst with the assumed best of someone else. You never see the entire story, only the highlight reel.” I know I can sometimes get jealous of what all the big name photographers in my area are doing, and how much they travel, etc. I’m human. It happens to all of us. But I know I just need to push myself to continually get better and remember that just a few years ago, I was shooting in little old Burkburnett, Texas and not much else. Now, I’ve been blessed to travel to Hawaii, Canada, Louisiana, Utah, and other amazing places. I feel that almost all of us start pretty small. I need to be more patient with my growth. And then there was the highlight of my entire trip to Tennessee: Ryan Muirhead. I think Ben described it perfectly when he said he has an “existential crisis” every time he listens to Ryan speak about his work. You guys, I was crying like a baby. Not only because of some of the subjects of his photos, but because his work touched me so deeply. It’s so raw, so beautiful, so real. It isn’t just about photographing pretty light and gorgeous wedding dresses. It’s about documenting reality, making the people that see your images feel something. I was at a loss for words. I remember calling my husband afterwards and just crying (yeah, I cried a lot this past week). He asked if I was upset, and that wasn’t it at all. I just felt… broken, but in a good way. I felt like Ryan really set my soul on fire. That may sound odd, but if you sit down and just listen to him, I bet you’ll feel the same way. The entire hall was silent for almost 3 hours. I was on the edge of my seat the entire time and I just didn’t want it to stop. Ryan, I know I thanked you in person afterwards, but it was probably all gibberish because I was crying so much. I connected so much because of the doubt, the anxiety, the weight from society’s expectations, the love for The Used, and the passion for photography. Even now, I’m not doing his speech justice in the least bit. It was an experience. It was earth shattering and life changing. If I would’ve spent as much as I did, driven as far as I did, and only got to hear Ryan speak for those several hours, it would’ve been worth it. Absolutely.

Now to lighten the mood with some pictures for all you TL;DR people! 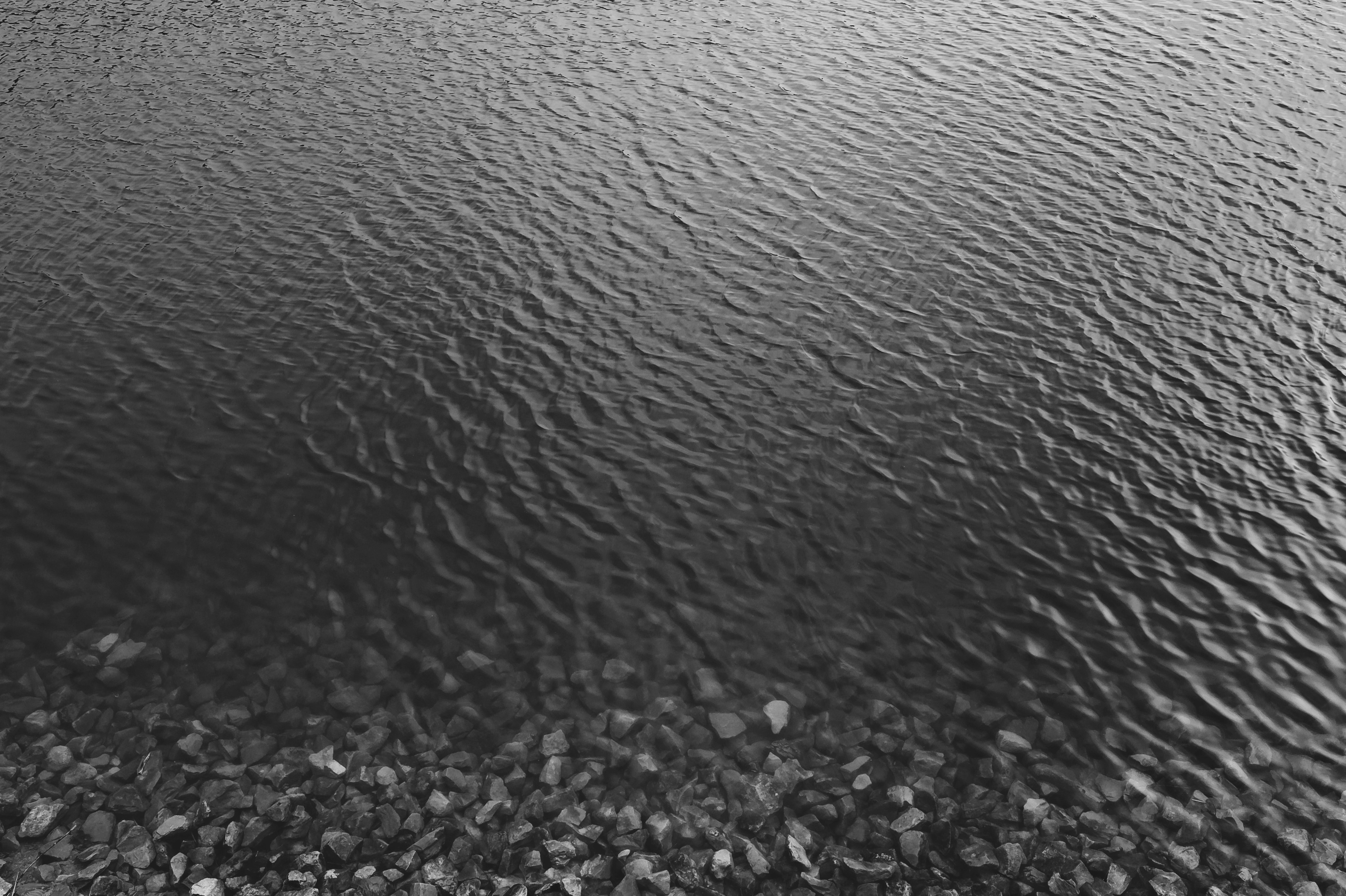 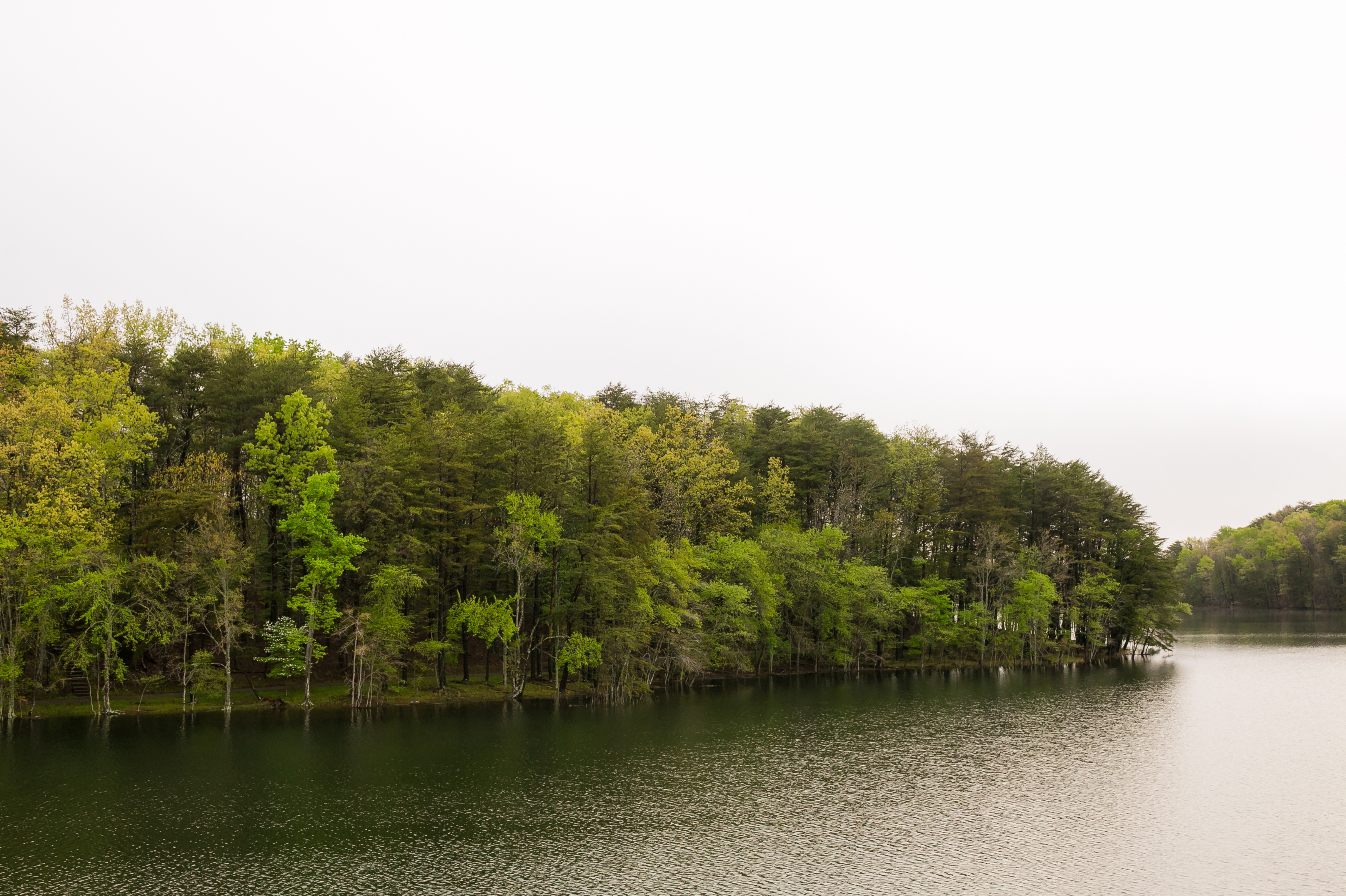 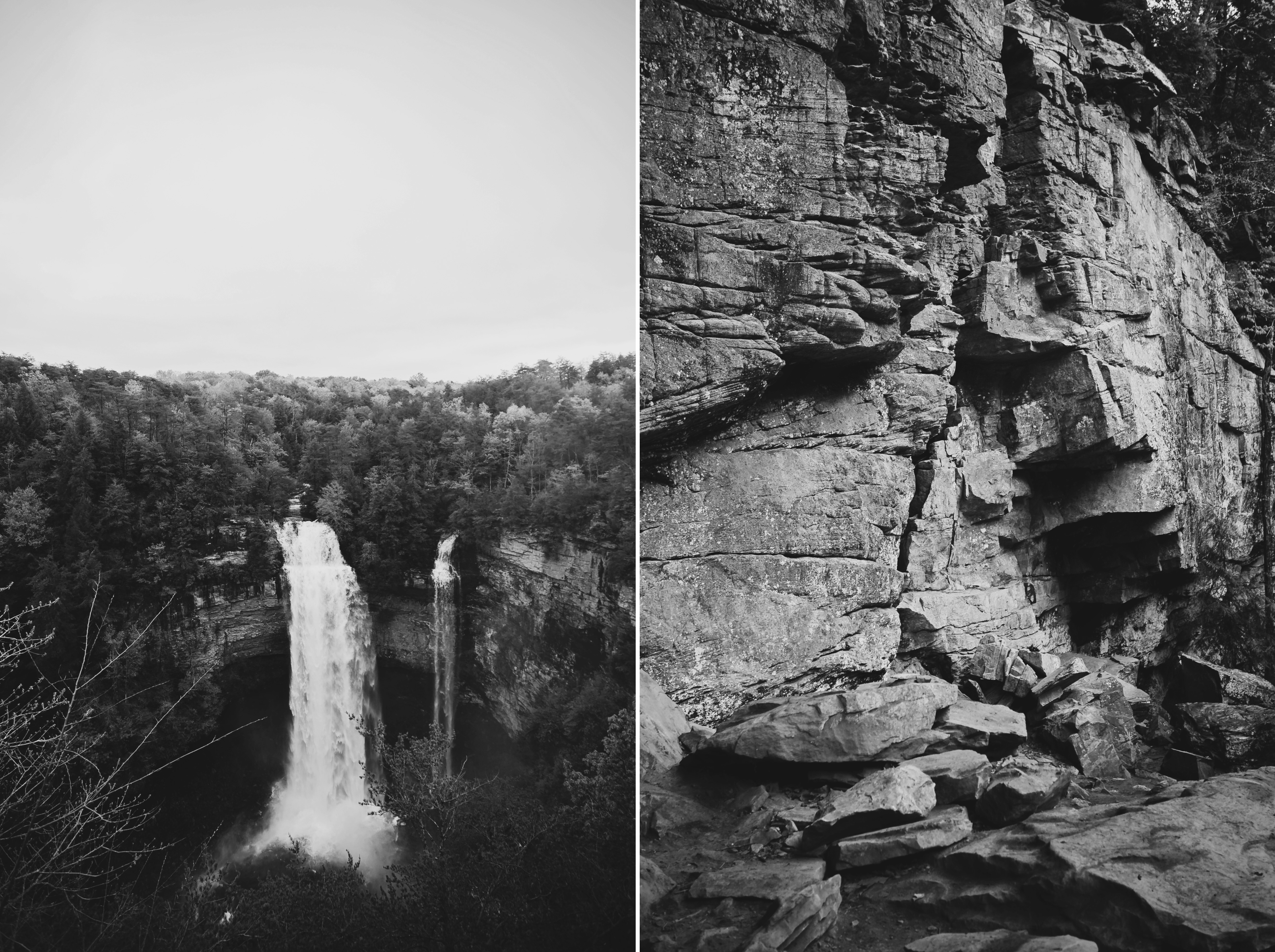 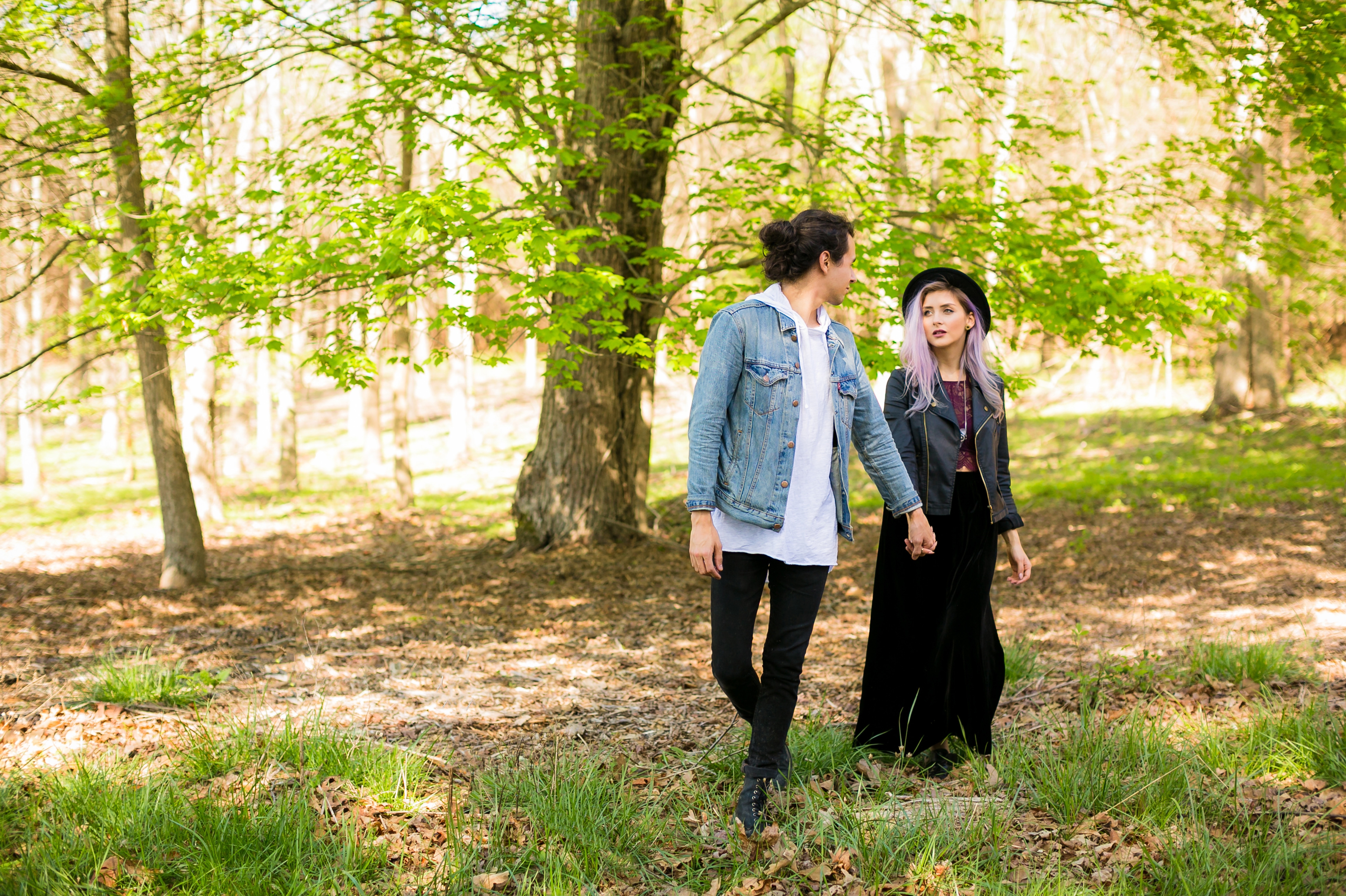 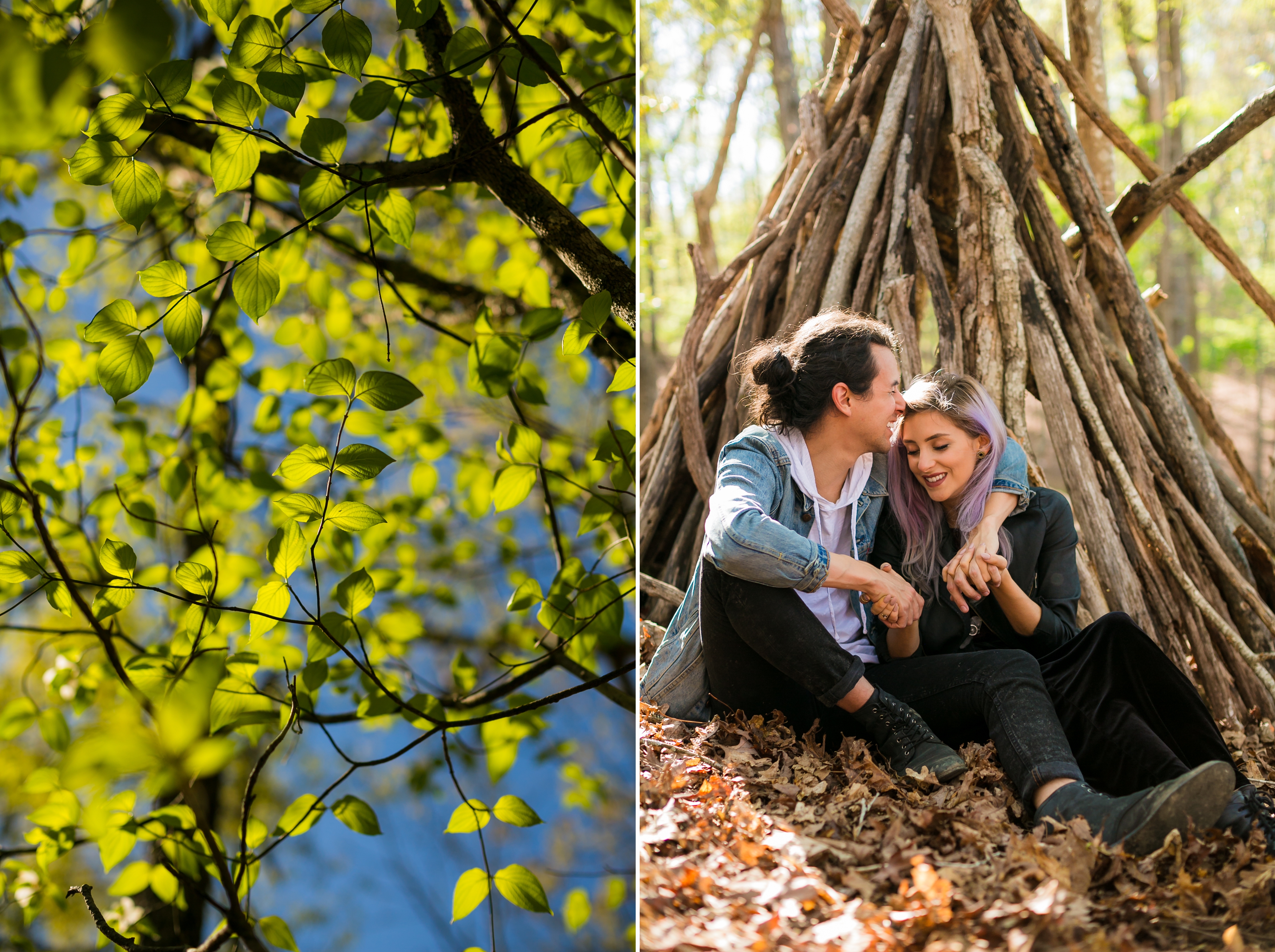 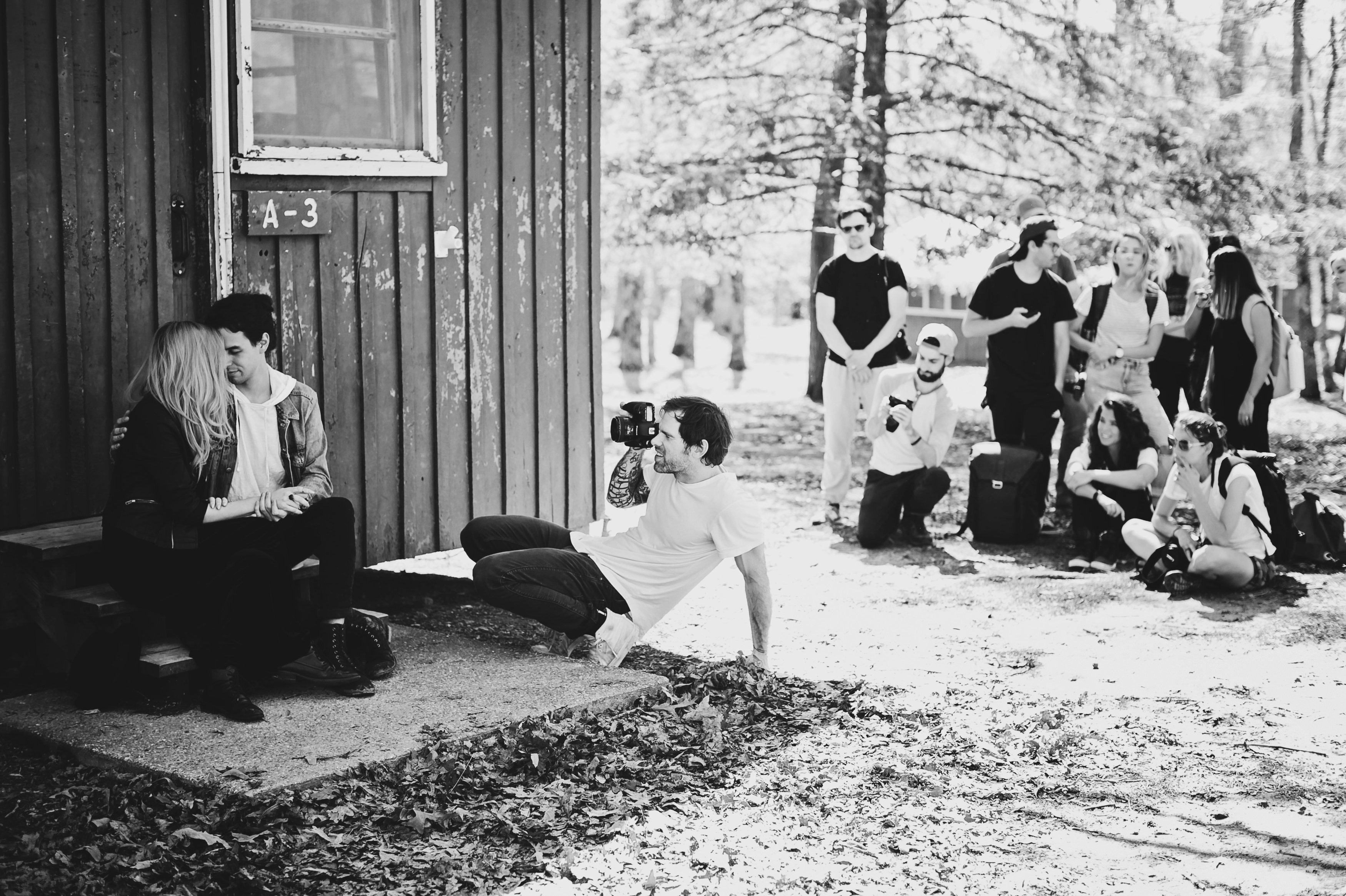 The guy on the left is Paul and he had the most fantastic laugh I’ve ever heard. Seriously, it was infectious. Paul, you’re a gem. 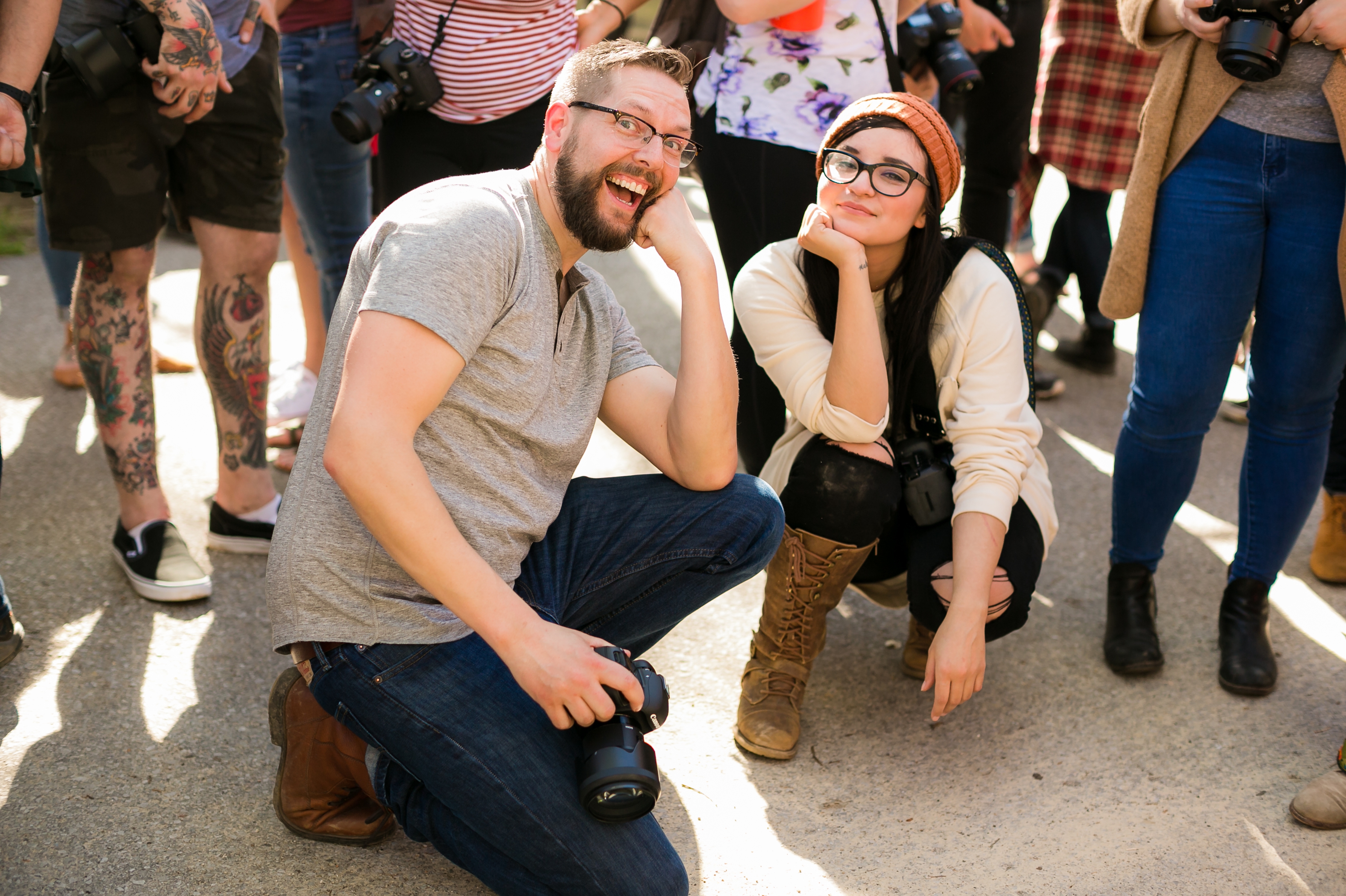 A little bit of iPhoneography from the hike down to Fall Creek Falls. My legs felt like Jell-O and then the hike back up… I thought I was going to die. It didn’t help that I was completely soaking wet. Cold water + skinny jeans + long, steep hike = exhaustion. Totally worth it though. 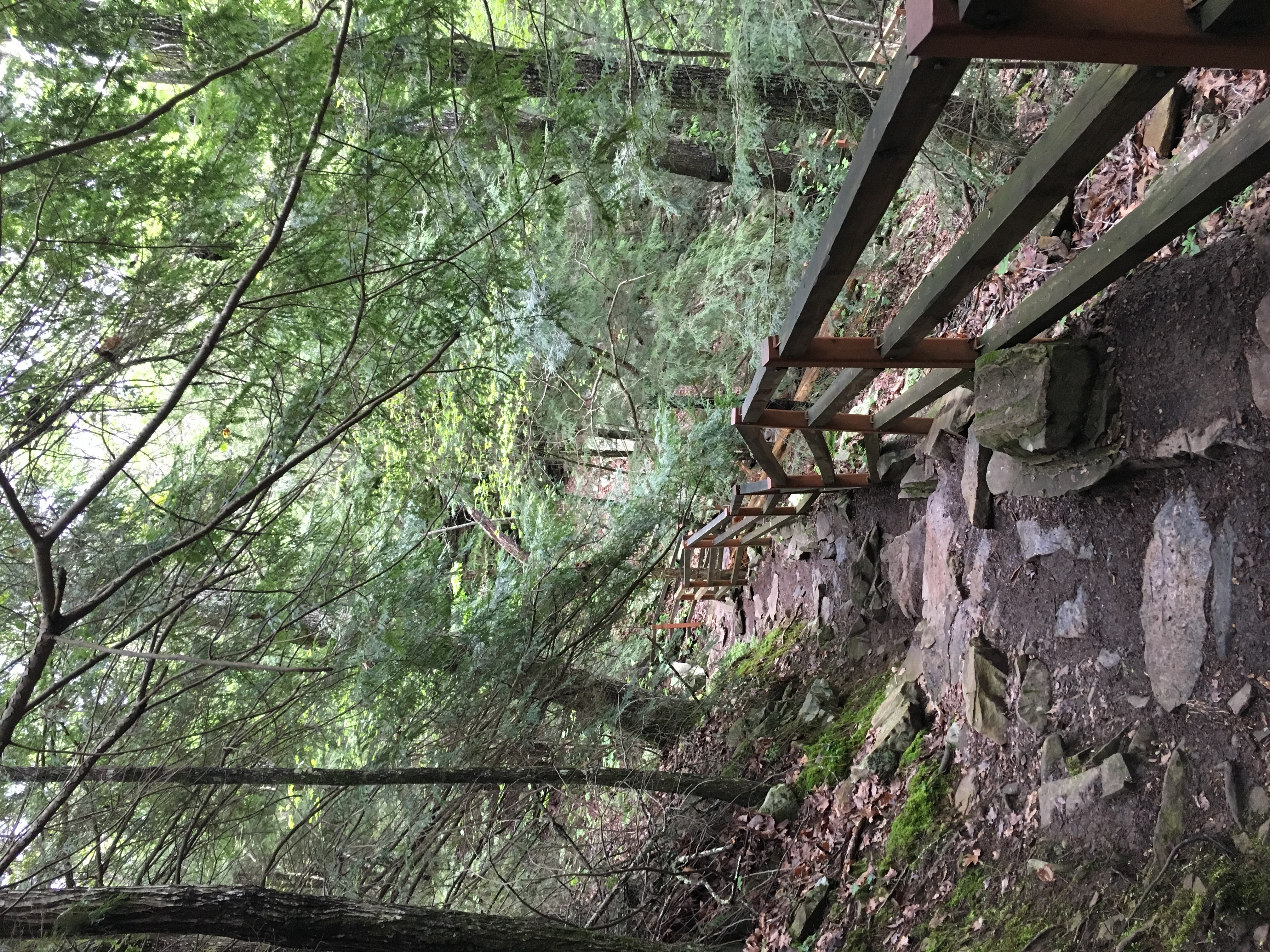 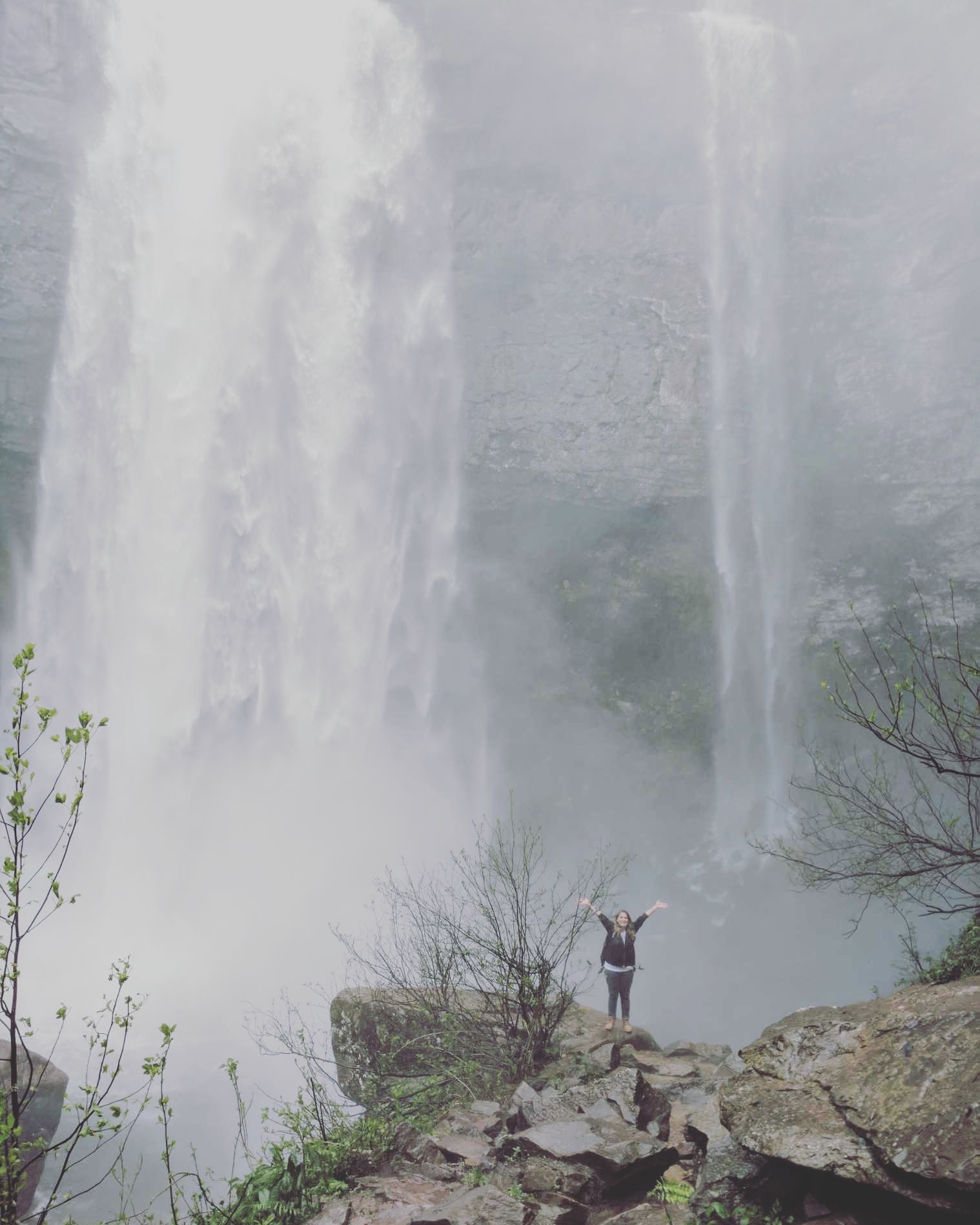 These two are getting married in 2 weeks!

These two have been married about a month. They were so in love! I could photograph them all day long. 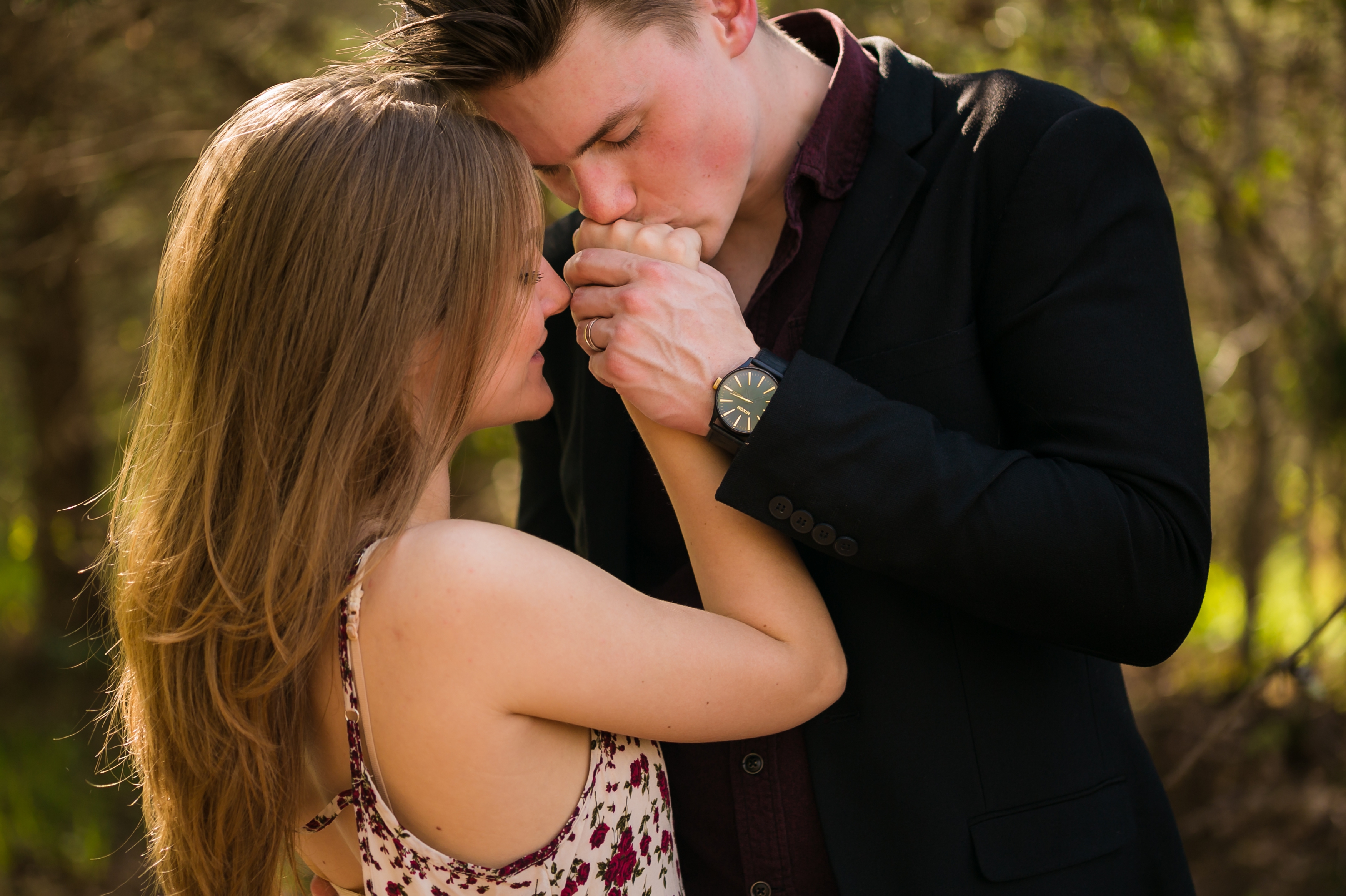 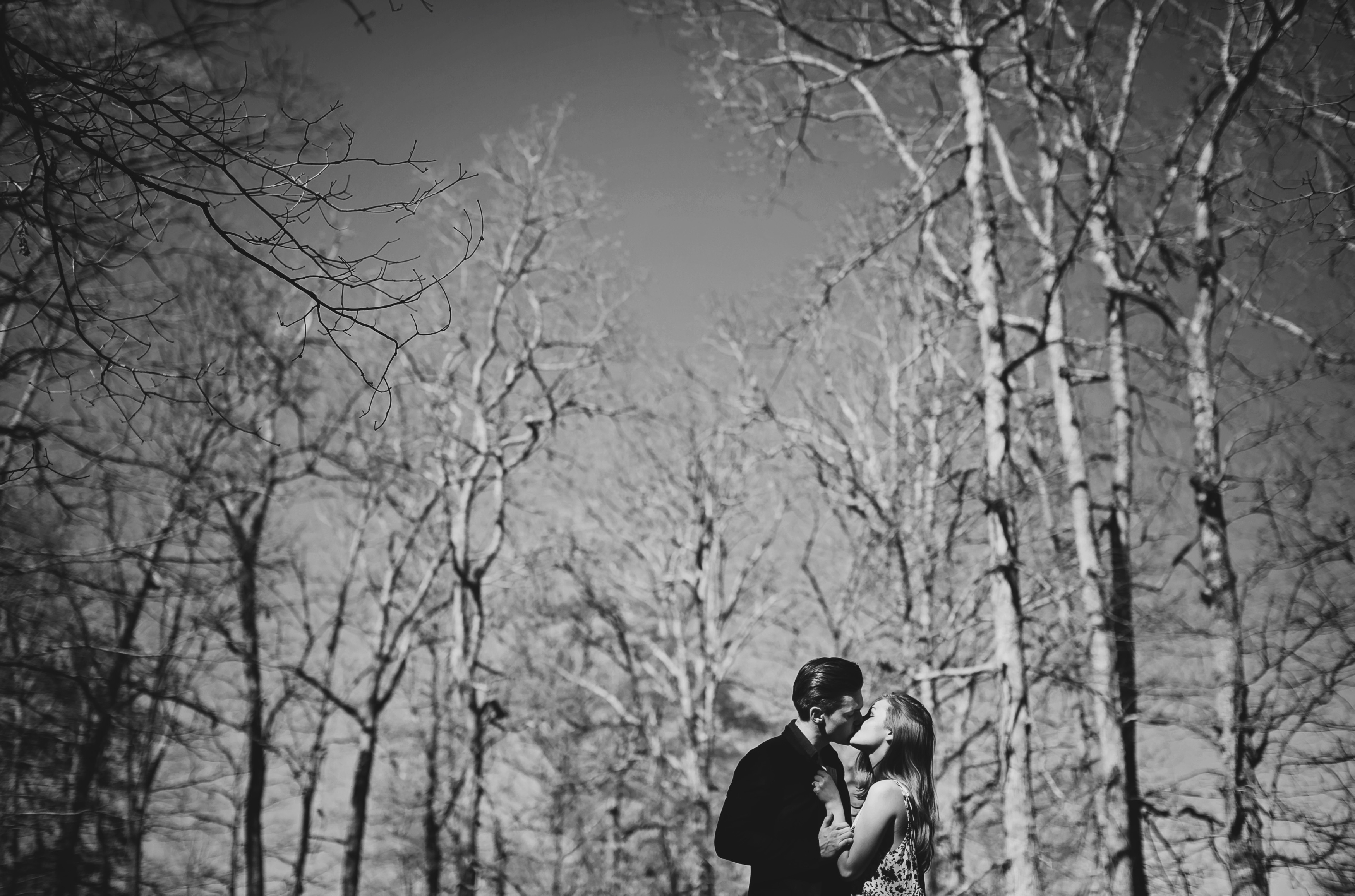 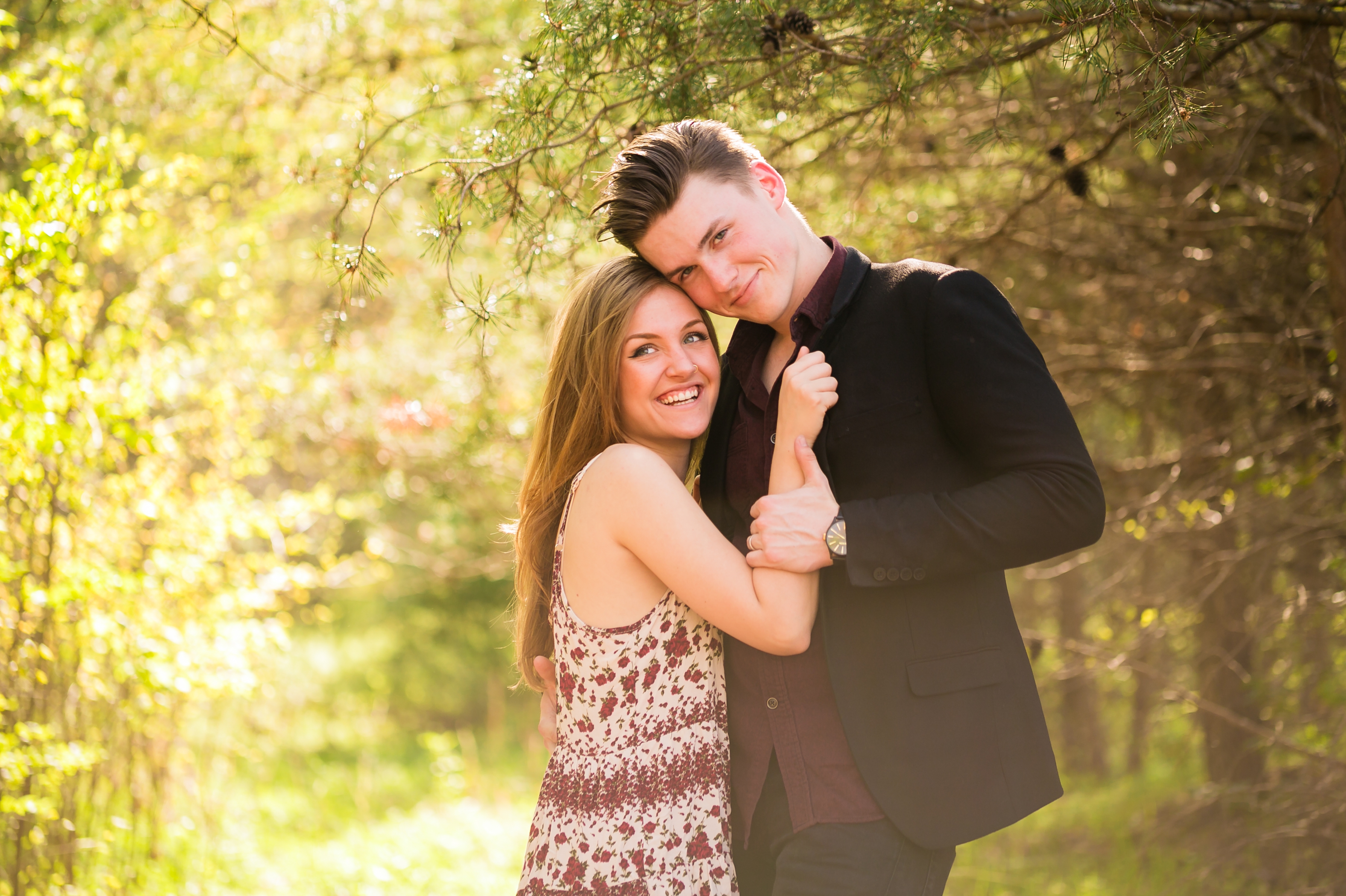 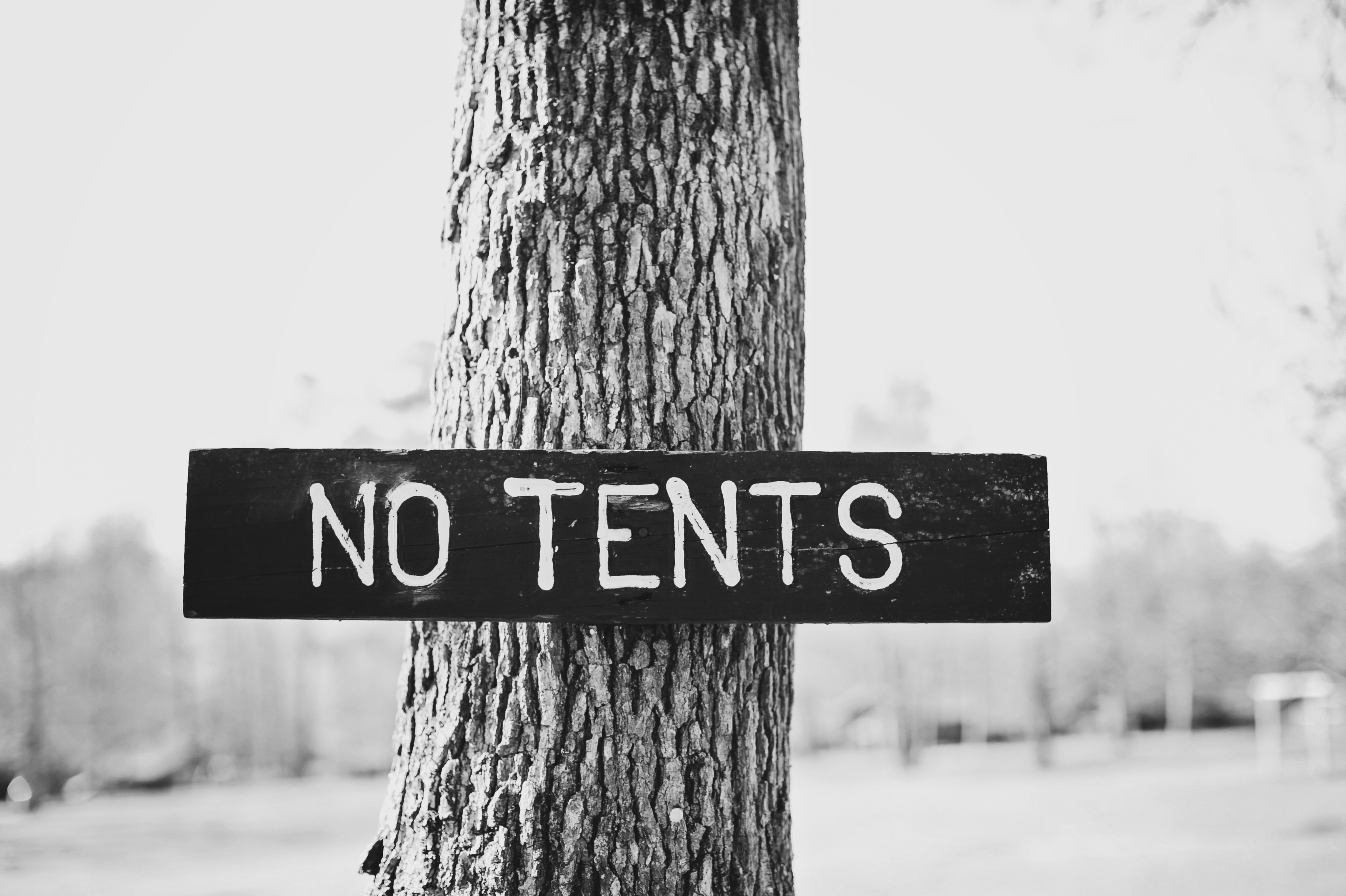 My original cabin was decked out with this awesome banner by Chelsea. I saw it and said, “I’m in the right place!” 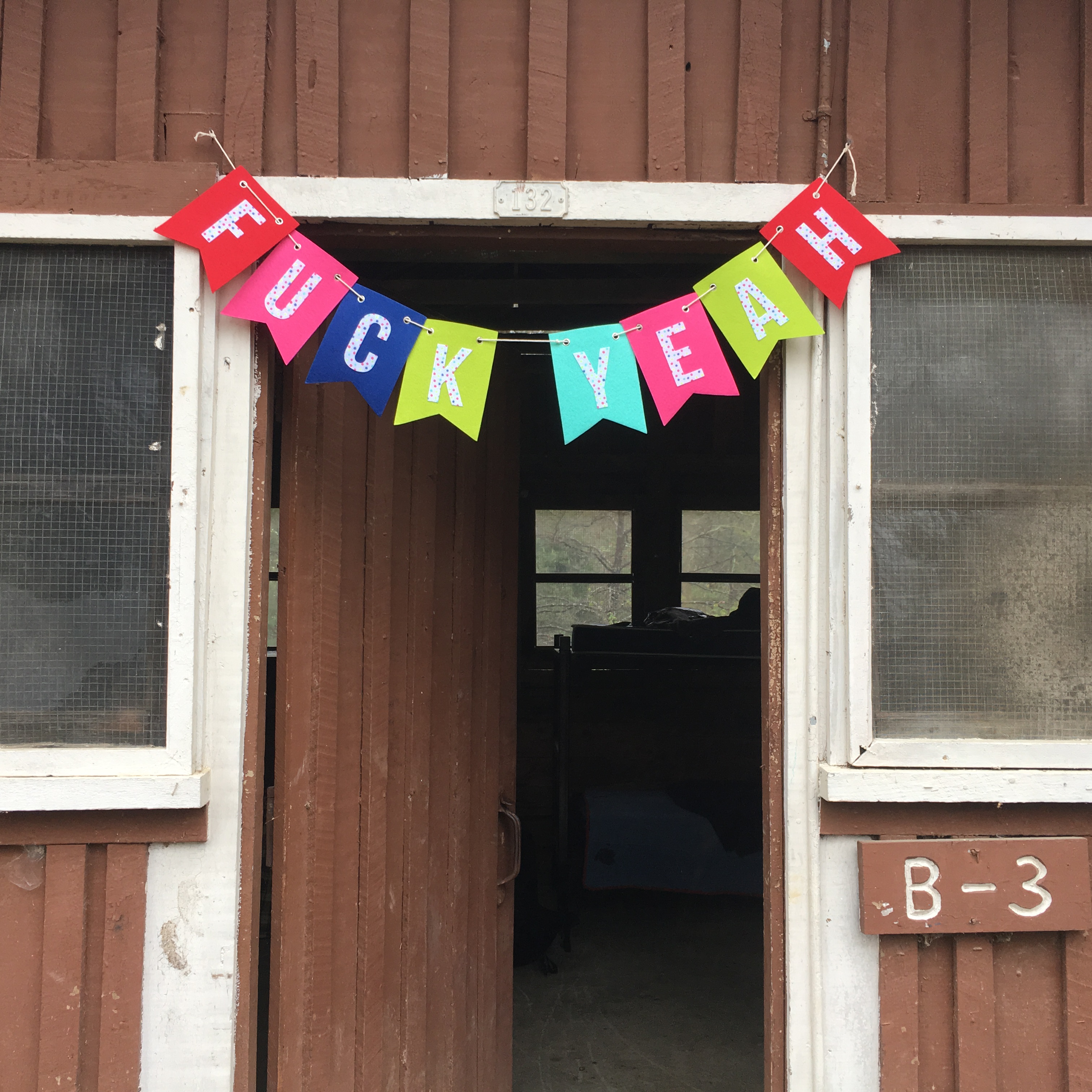 Suzy & Frank crushed it with the modeling game. So good! 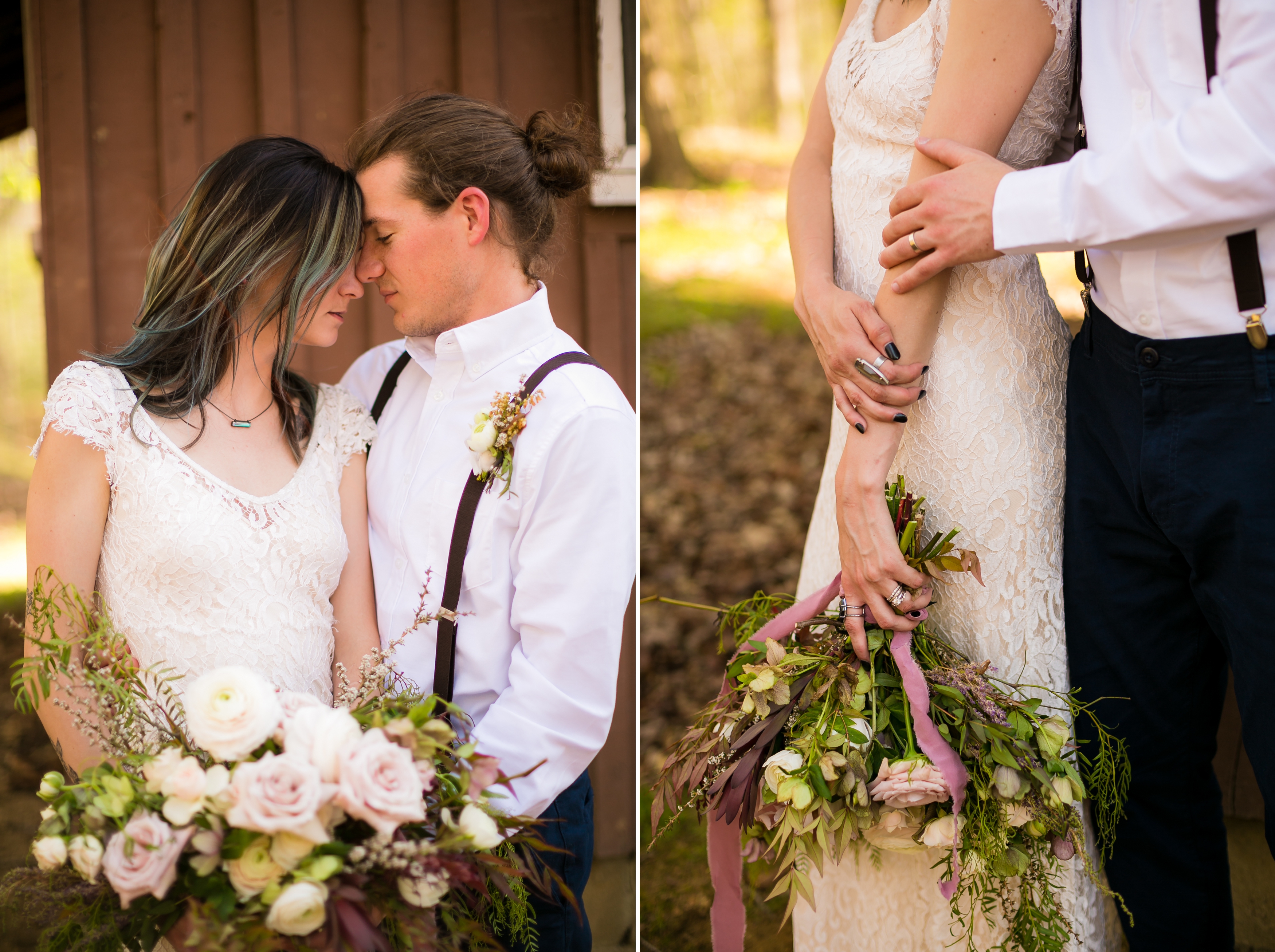 After shooting these two, I’ve decided that every couples session needs a hammock. 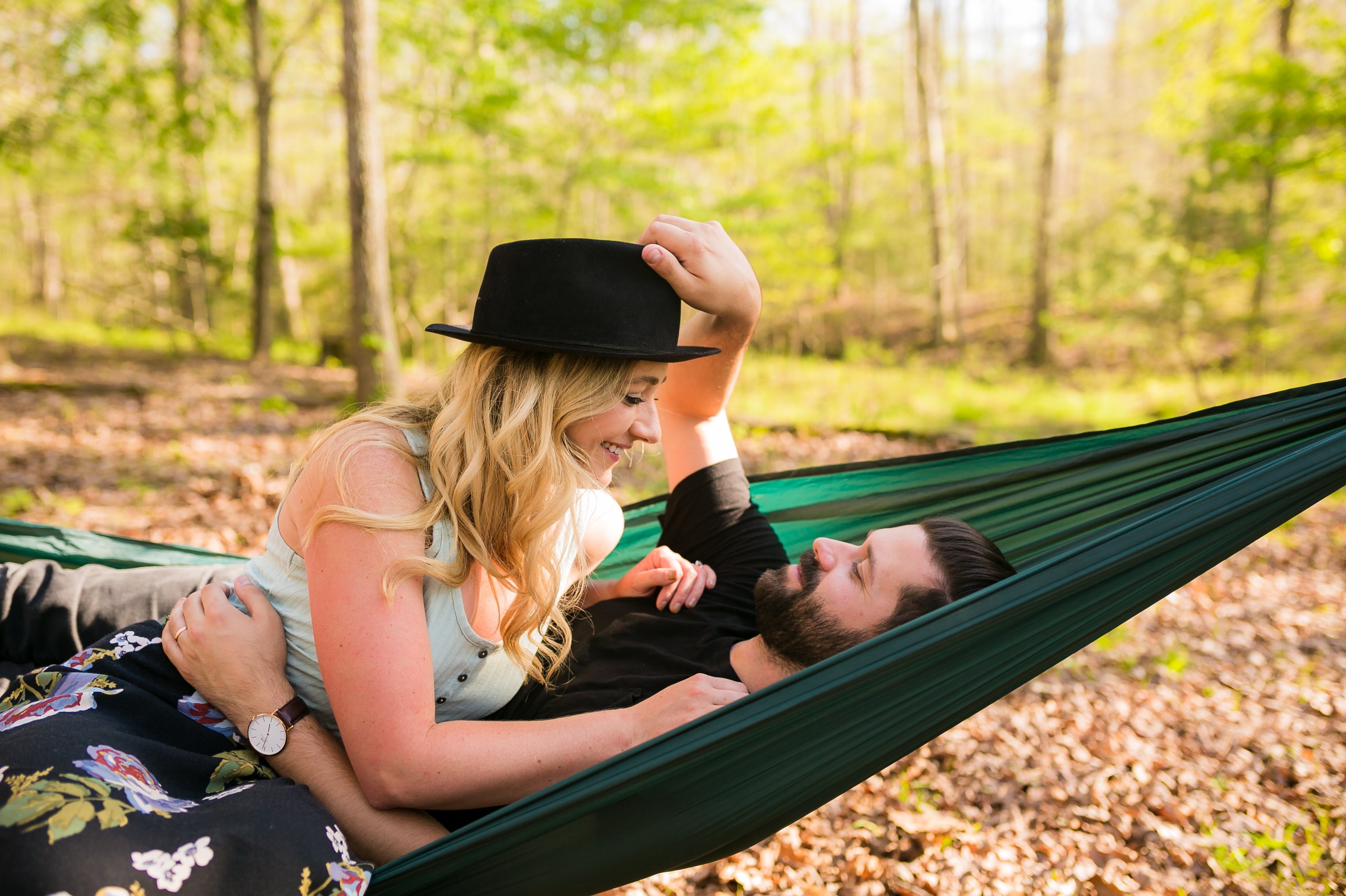 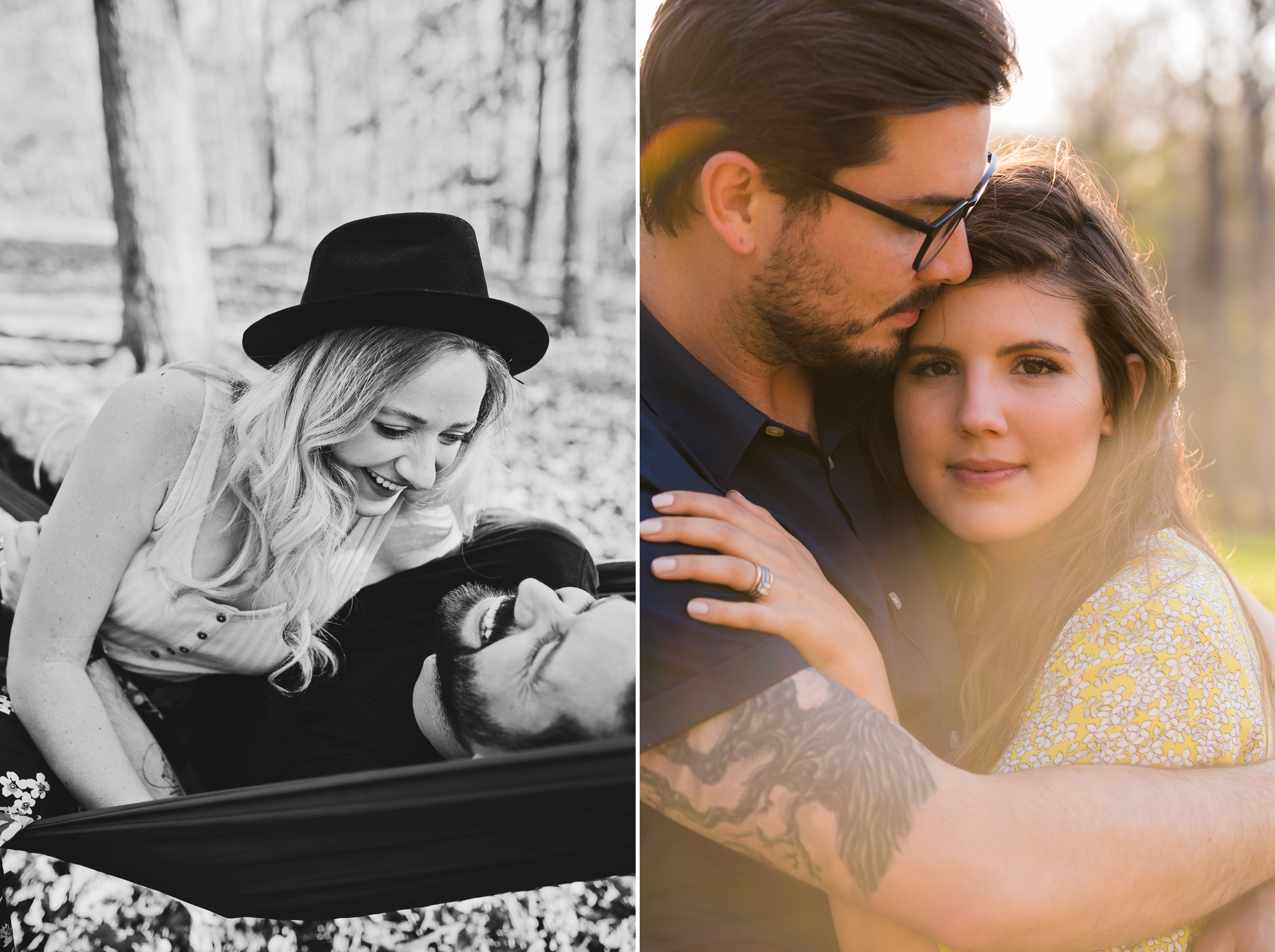 Ryan Muirhead photographing Sam Hurd. I feel like my life is complete. 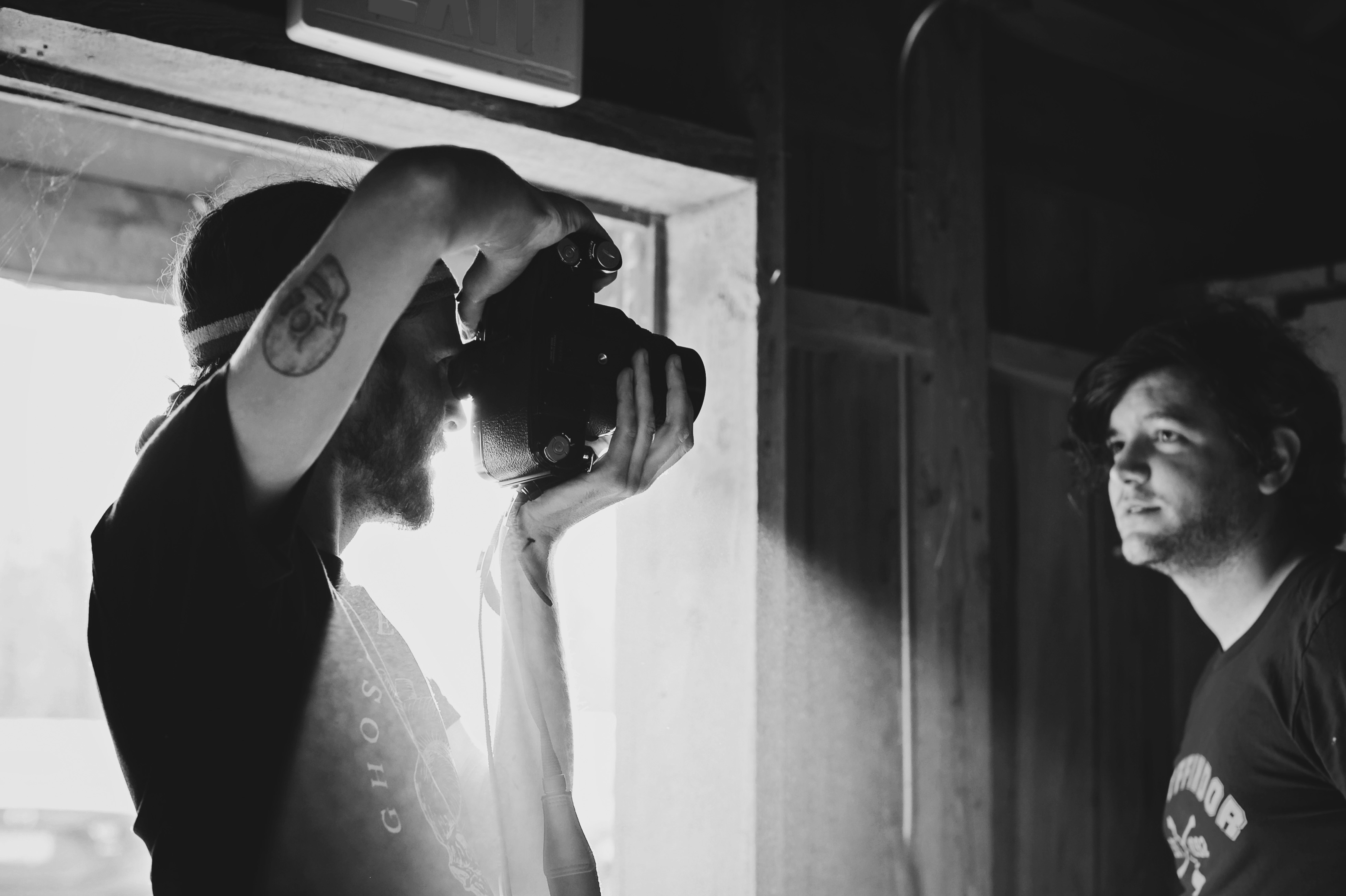 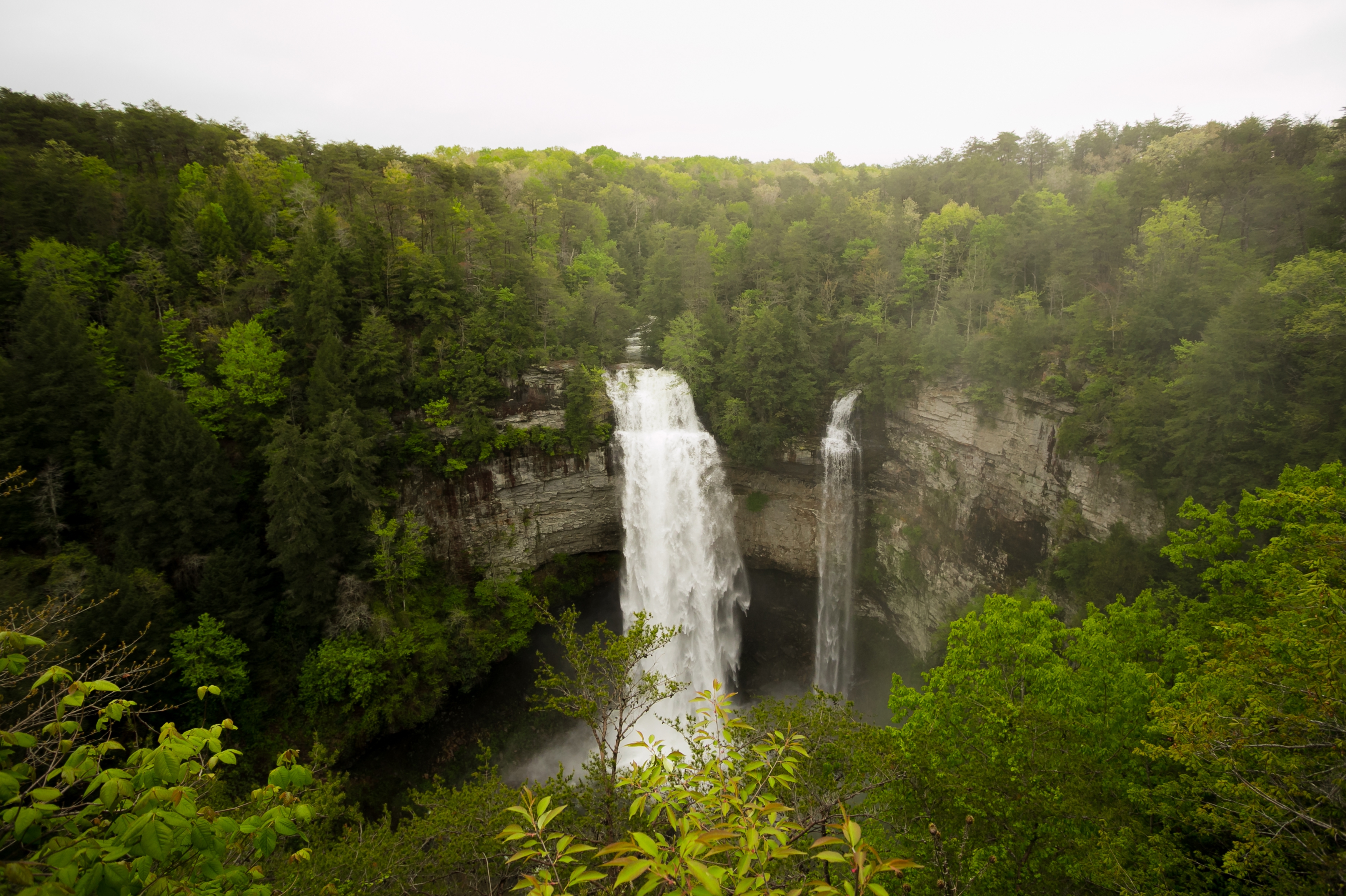 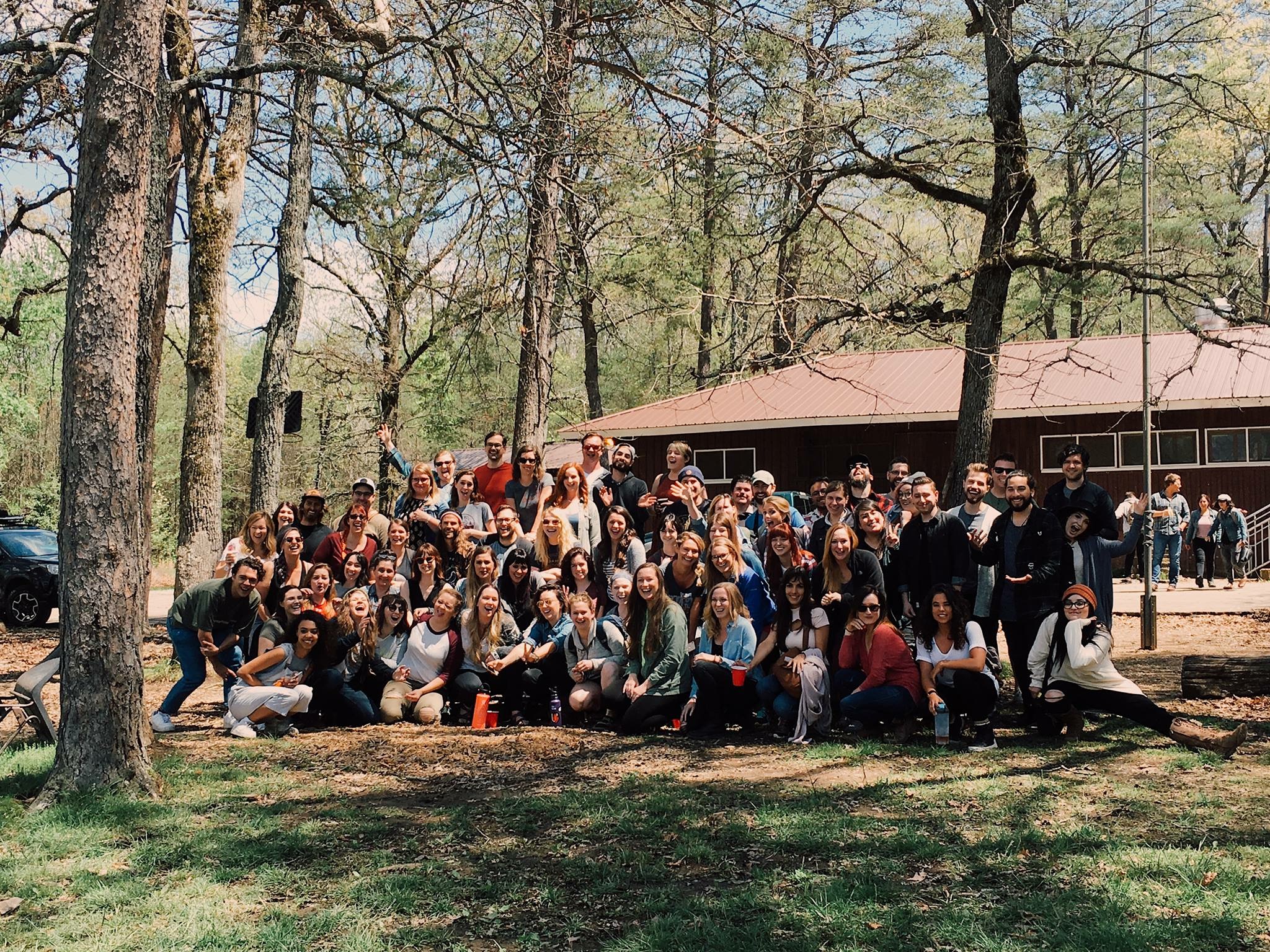 Even though I may have lost to my stupid anxiety, I made some pretty great friends and overall had a fantastic time. HUGE shoutout to Cody and BJ who made all this happen. If you’re interested in going in 2018, it’s gonna be even more crazy. 5 days, 31 speakers. Until next year, friends!